The Sky Blues host Bristol City at St Andrew’s on Easter Monday. Here’s everything you need to know about our opponents. 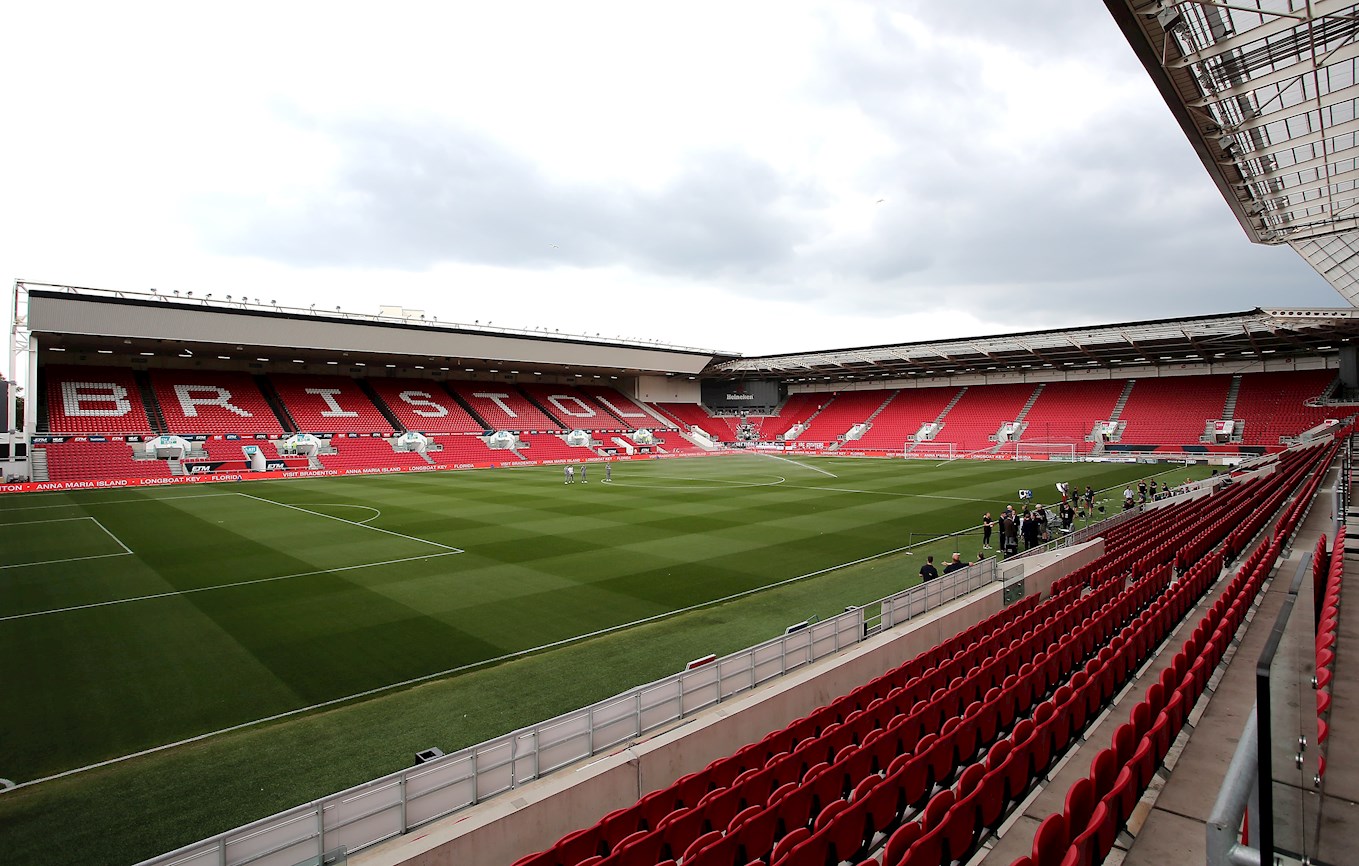 Bristol City are currently 14th in the Sky Bet Championship table, 10 points and seven places above the Sky Blues.

The Robins top scorer is Famara Diedhiou who has scored 10 goals this season whilst Antoine Semenyo has provided six assists.

The Bristol club are unbeaten in their last four league matches on the road which includes impressive wins against Middlesbrough and Swansea City. 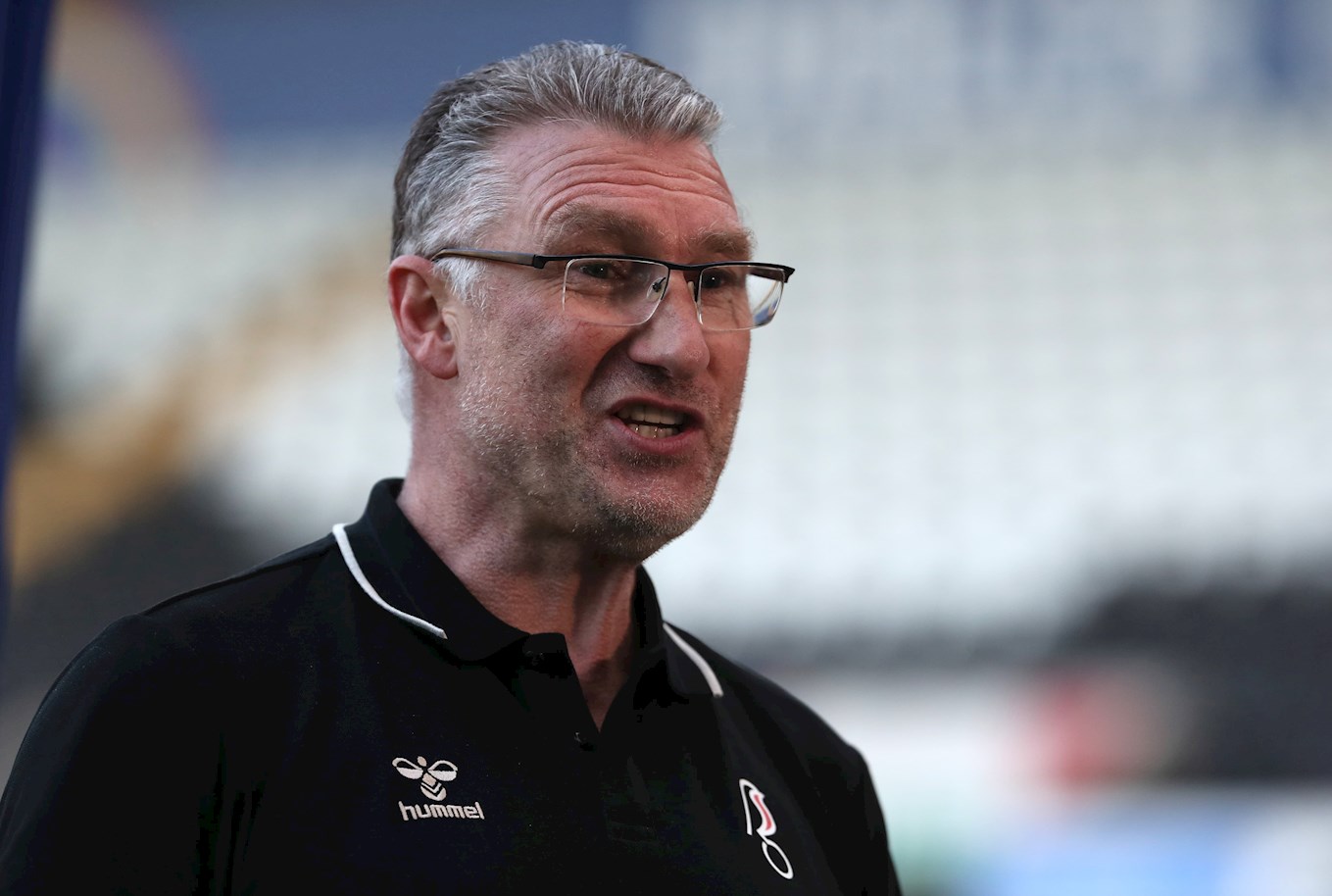 Nigel Pearson was appointed as Bristol City manager in February this year, replacing Dean Holden in the Ashton Gate hotseat.

Pearson began his managerial career with Carlisle United, famously keeping the Cumbrians in the Football League after goalkeeper Jimmy Glass, signed on loan by Pearson, scored an injury-time equaliser in the final game of the season to save the club from relegation to the Conference.

He then was part of the backroom staff at Stoke City, West Bromwich Albion, Newcastle United and England under-21’s, taking charge of the country’s first match at the new Wembley Stadium, before being appointed as Southampton manager in February 2008.

He guided the Foxes to the League One title in his first season in charge before taking the club into the Championship play-offs the following campaign before departing for Hull City in June 2010.

Pearson would spend just over one season in charge at the KCOM Stadium before returning to former club Leicester in November 2011 and reached the play-off semi-finals in his second season back in charge at the King Power Stadium, famously losing to Watford over two legs after his side missed a last-minute penalty before conceding from the resulting counter-attack.

However, Pearson rallied his troops to secure promotion to the Premier League as champions the following season and, despite sitting bottom of the league at Christmas, miraculously kept the Foxes in the top-flight.

He was sacked in June 2015 and replaced by Claudio Ranieri who went on to win the Premier League title with Leicester at odds of 5000-1 with Pearson credited for building the team.

He had a brief spell in charge of Derby County and then spent time as manager of Belgian second-tier side OH Leuven, before returning to England with Watford in December 2019, whom he guided out of the relegation zone before being sacked two games prior to the end of the season. 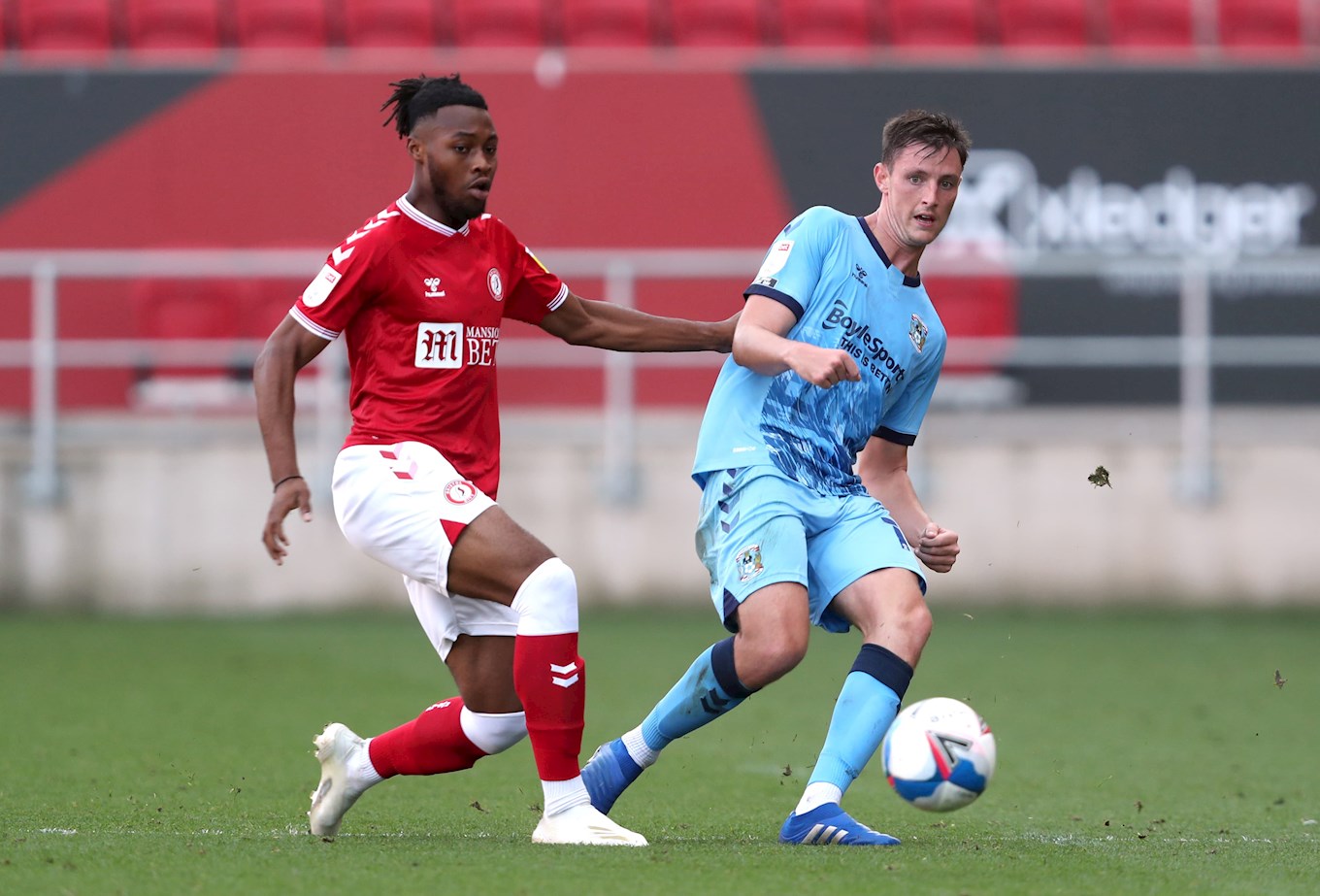 The two sides last met on the opening day of the season when City suffered a late defeat in a closely fought content at Ashton Gate.

Bristol City went ahead inside the opening minute when Nahki Wells squared the ball for Jamie Paterson to finish into the bottom right corner from 10-yards out.

City drew level through Matty Godden just past the half hour mark when Callum O’Hare’s pass was cut out and fell perfectly into the path of Godden who drilled the ball home through the legs of Robins keeper Daniel Bentley.

The Sky Blues then came within inches of completing the turnaround when Gus Hamer’s corner from the right was met by Leo Ostigard at the back post whose deflected effort struck the left-hand post and bounced clear.

Ostigard was again denied a debut goal in the second period before the hosts snatched a winner with eight minutes left to play when Tomas Kalas finished from close range after being left unmarked from a corner.

The home side almost added a third goal late one when Andreas Weimann’s shot from just inside the penalty area hit the top of the crossbar as City’s return to the Championship ended in defeat. 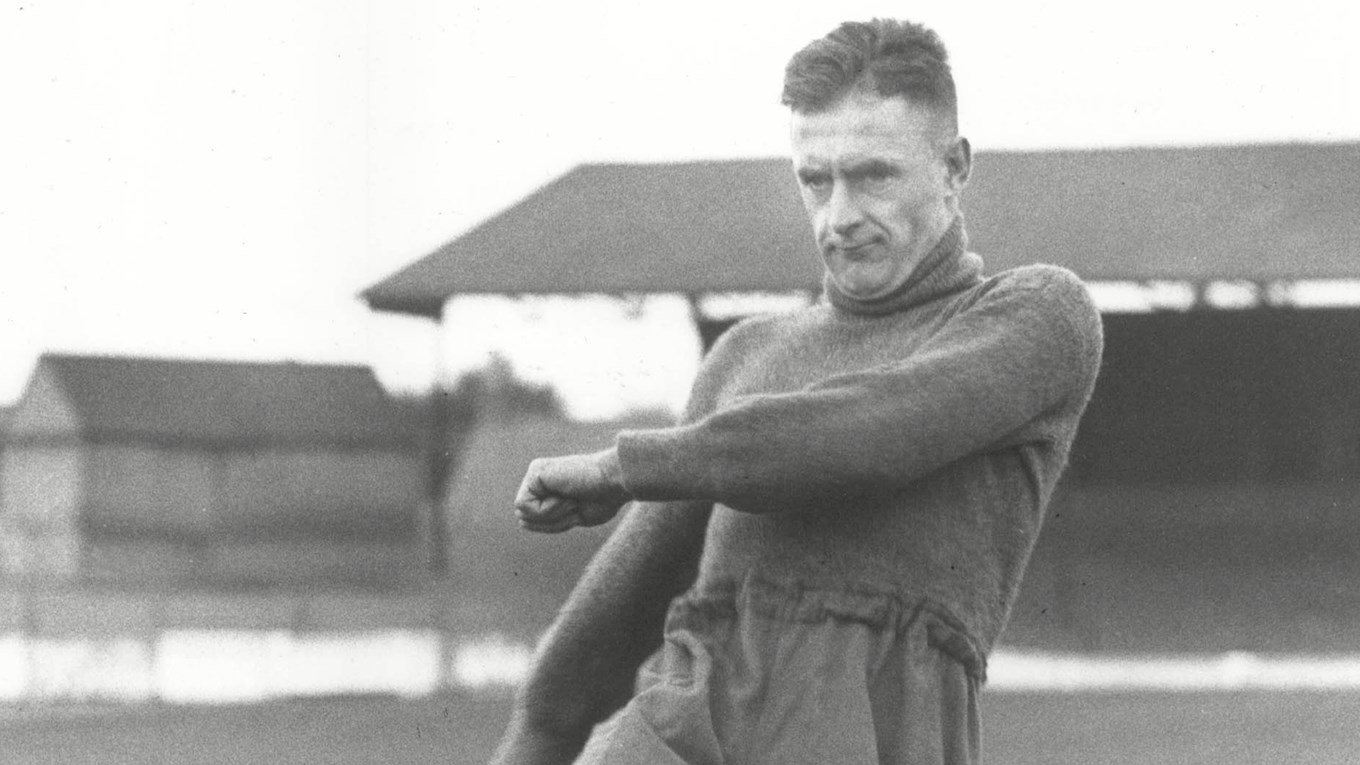 Striker Clarrie Bourton started and finished his career with Bristol City having earned legendary status with the Sky Blues in between his two spells at Ashton Gate.

Bourton started his professional career with Bristol City, where he scored one goal in four appearances, before joining Blackburn Rovers where he netted 37 goals in 63 matches during his three seasons at Ewood Park.

He signed for the Sky Blues ahead of the 1931-32 season and would go on to become City’s all-time record goalscorer having scored 182 goals in just 241 appearances during his six-year spell with the club.

This included scoring 50 goals during his first season as a City player, netting seven hat-tricks, before scoring 40 goals the following campaign as City were promoted to the Second Division as Third Division South champions.

He departed the Sky Blues in 1937 for a brief spell with Plymouth Argyle before finishing his career back with the Robins where he found the net 14 times in 57 appearances with his career cut short due to the start of the Second World War.

Bourton sadly passed away in 1981 and is a member of the club’s Hall of Fame. 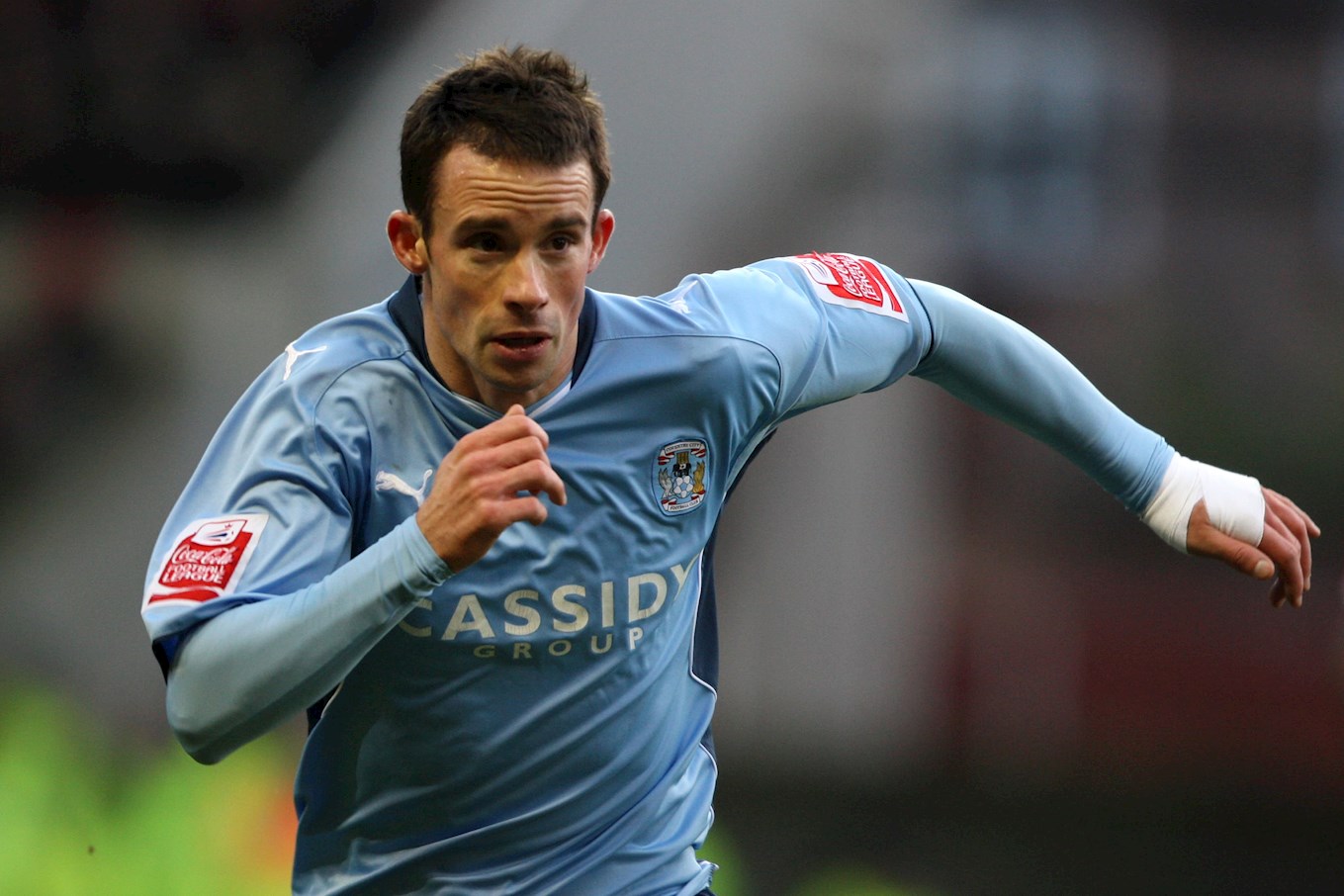 Midfielder Michael McIndoe made almost a century of appearances for Bristol City before making the switch to the Sky Blues.

McIndoe started his career with Luton Town, spending two seasons with the Hatters, before playing non-league football with Hereford United and Yeovil Town winning the FA Trophy and promotion to the Football League with the Glovers.

He signed for Doncaster Rovers following his promotion with Yeovil and helped Rovers win the Third Division title in his first season at the Yorkshire club, hitting double figures in each of his three seasons as a Rovers player.

After impressing in League One he signed for Derby County on loan in March 2006 and helped the Rams retain their Championship status before joining Barnsley on a permanent deal in July that same year.

He would spend just half a season at Oakwell before departing for Wolves who helped reach the play-offs before moving once again in July 2007 this time signing for Bristol City.

The Scotland born midfielder helped the Robins reach the Championship play-off final in his first season at Ashton Gate, having scored a stunning long-range free-kick in their semi-final success against Crystal Palace, before slipping to defeat against Hull City in the final at Wembley.

He would spend just one more season with the Robins, making 97 appearances in total scoring 13 goals before completing a move to the Sky Blues in August 2009.

McIndoe spent one full season with City before spending time on loan at Milton Keynes Dons, making 50 appearances for the Sky Blues and scoring one goal.

He finished his career with brief spells with Clydebank and Stirling Albion in his native Scotland. 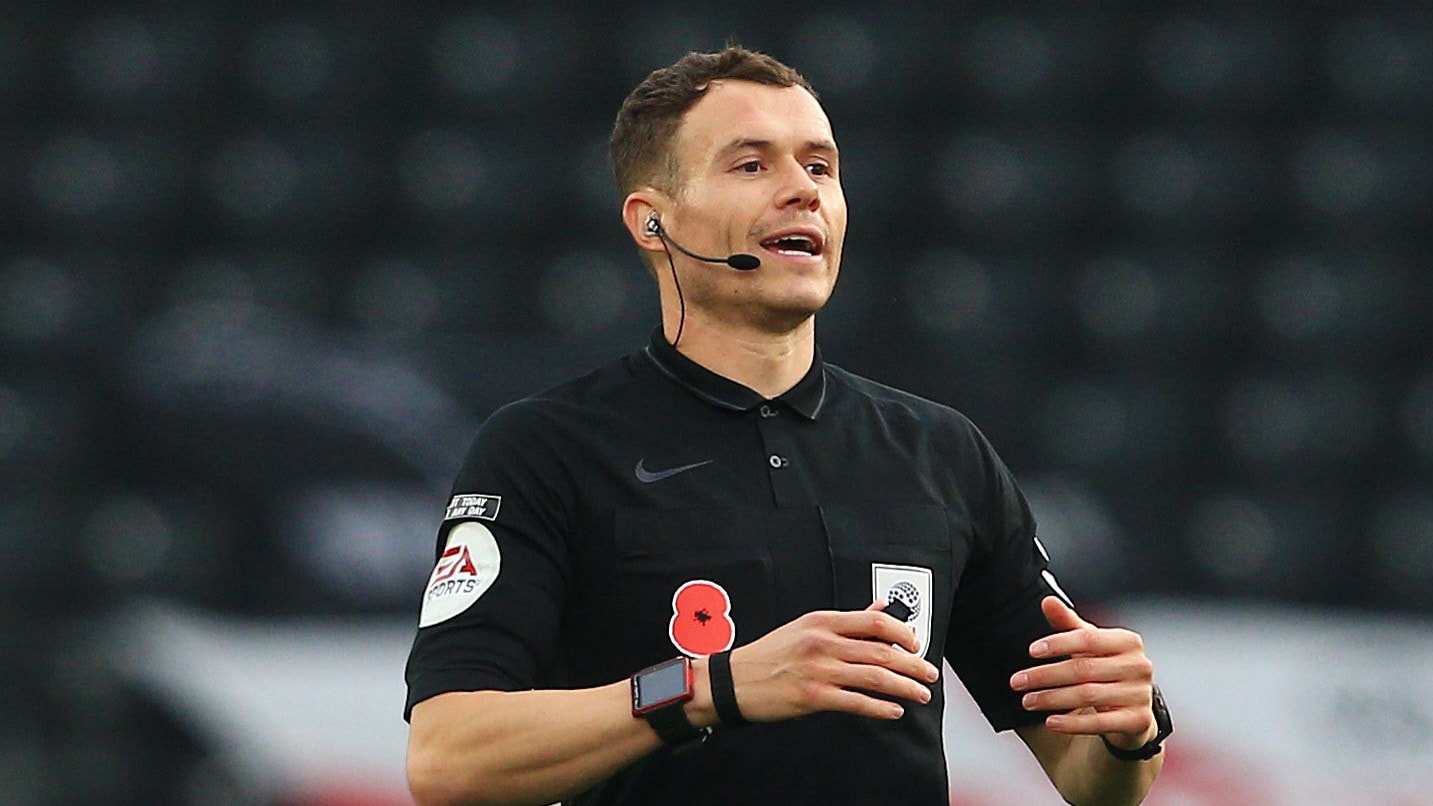 Leigh Doughty will be the man in the middle on Easter Monday, taking charge of his 25th game of the 2020/21 season.

He last refereed the Sky Blues in January this year when City secured a comfortable 2-0 win against Sheffield Wednesday at St Andrew’s.

This will be Doughty’s second season as a Football League referee and he has officiated the Sky Blues on one previous occasions, with City winning the aforementioned clash against the Owls earlier this season.

He will be assisted by Rob Smith and Craig Taylor with Geoff Eltringham acting as fourth official. 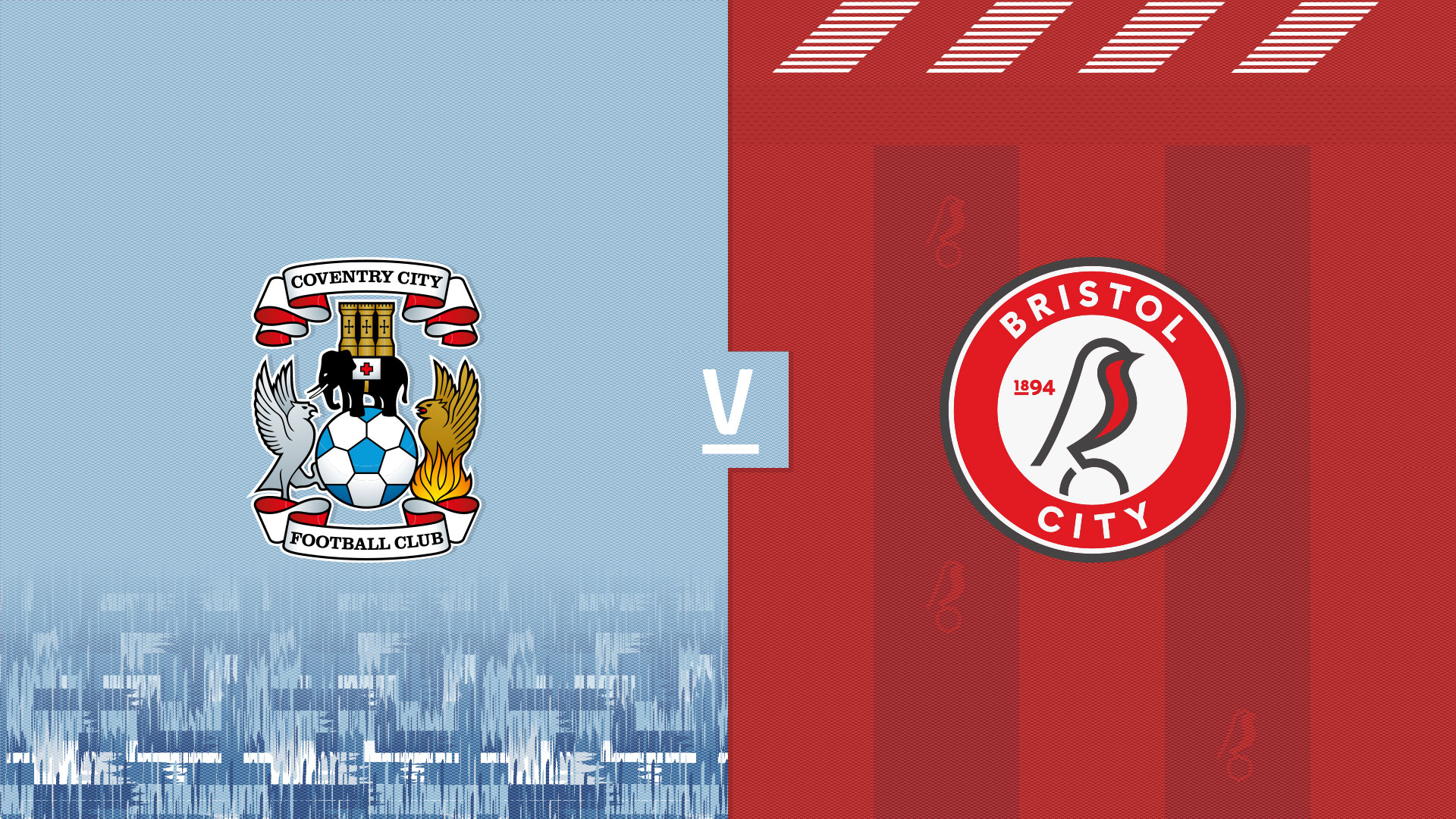 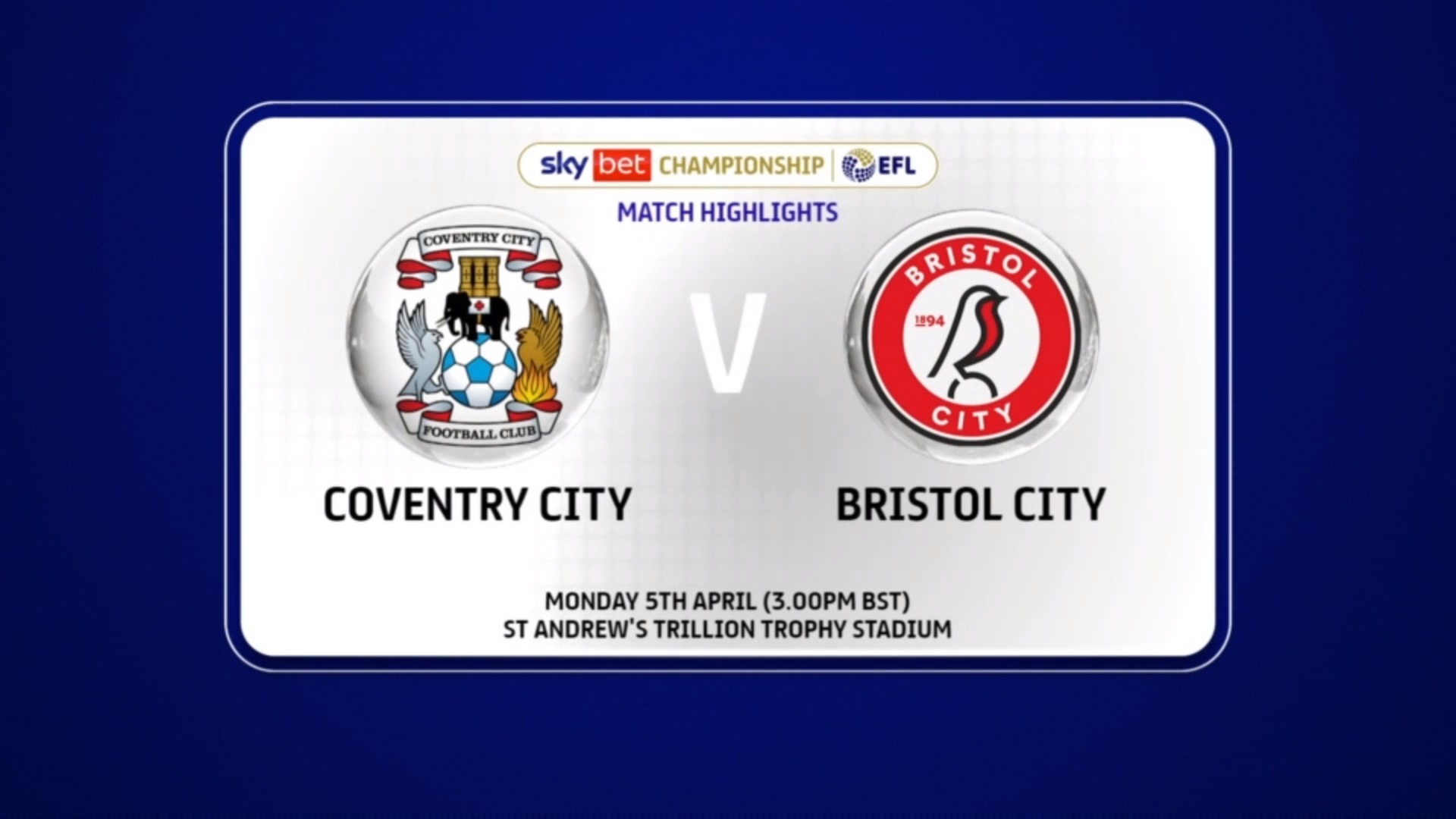 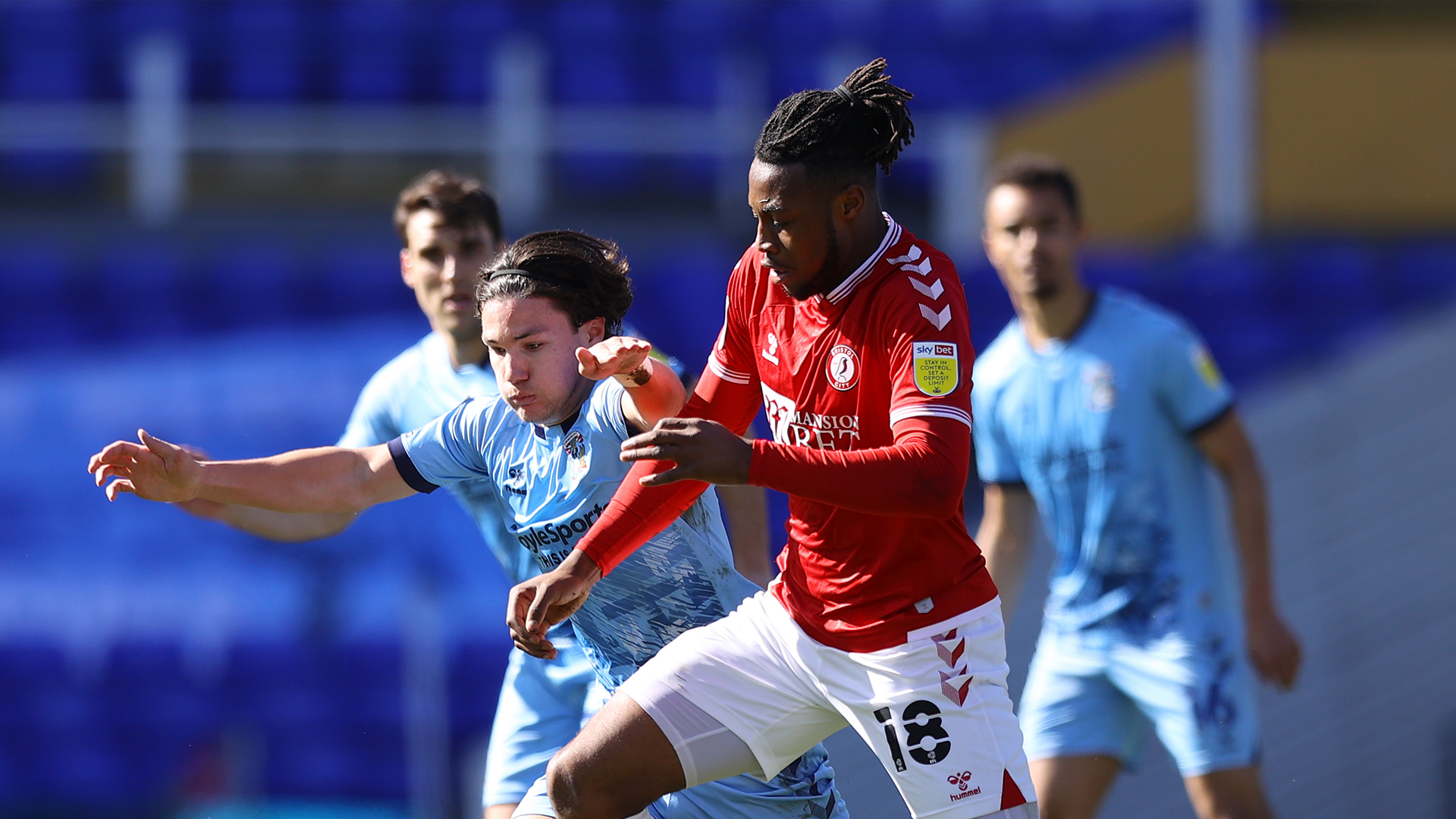