The Sky Blues travel to the Vitality Stadium on Saturday afternoon to play play-off chasing Bournemouth. Here’s everything you need to know about our opponents. 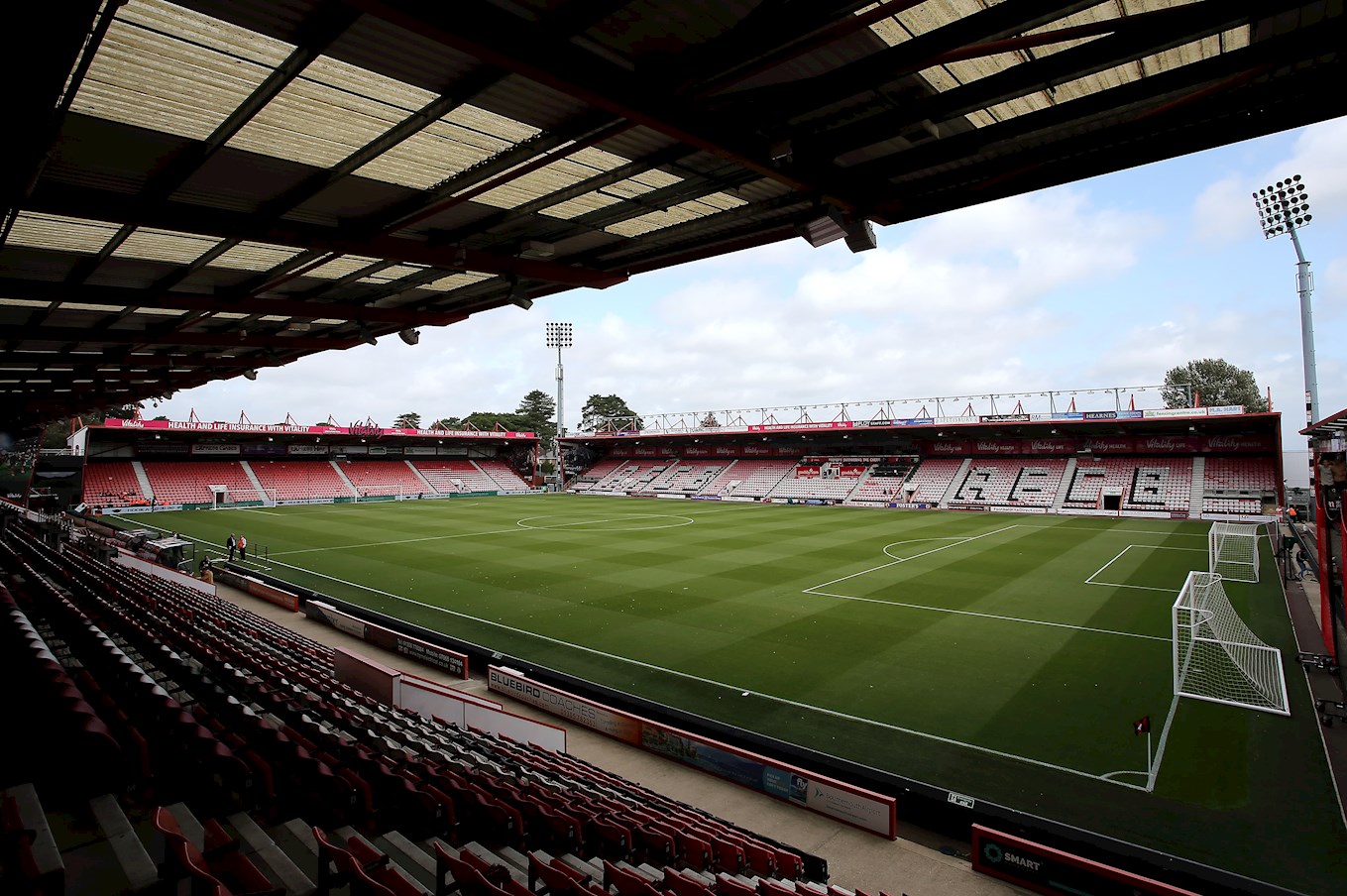 Bournemouth are currently seventh in the Sky Bet Championship table just one point outside of the play-off places with a game in-hand on the teams above them.

The Cherries top scorer is Dominic Solanke who has scored 12 goals this season whilst also providing six assists with Arnaut Danjuma Groeneveld and Junior Stanislas both finding the net 11 times respectively.

The South Coast club have lost just once in their last seven league matches and are the division’s this highest scorers this term. 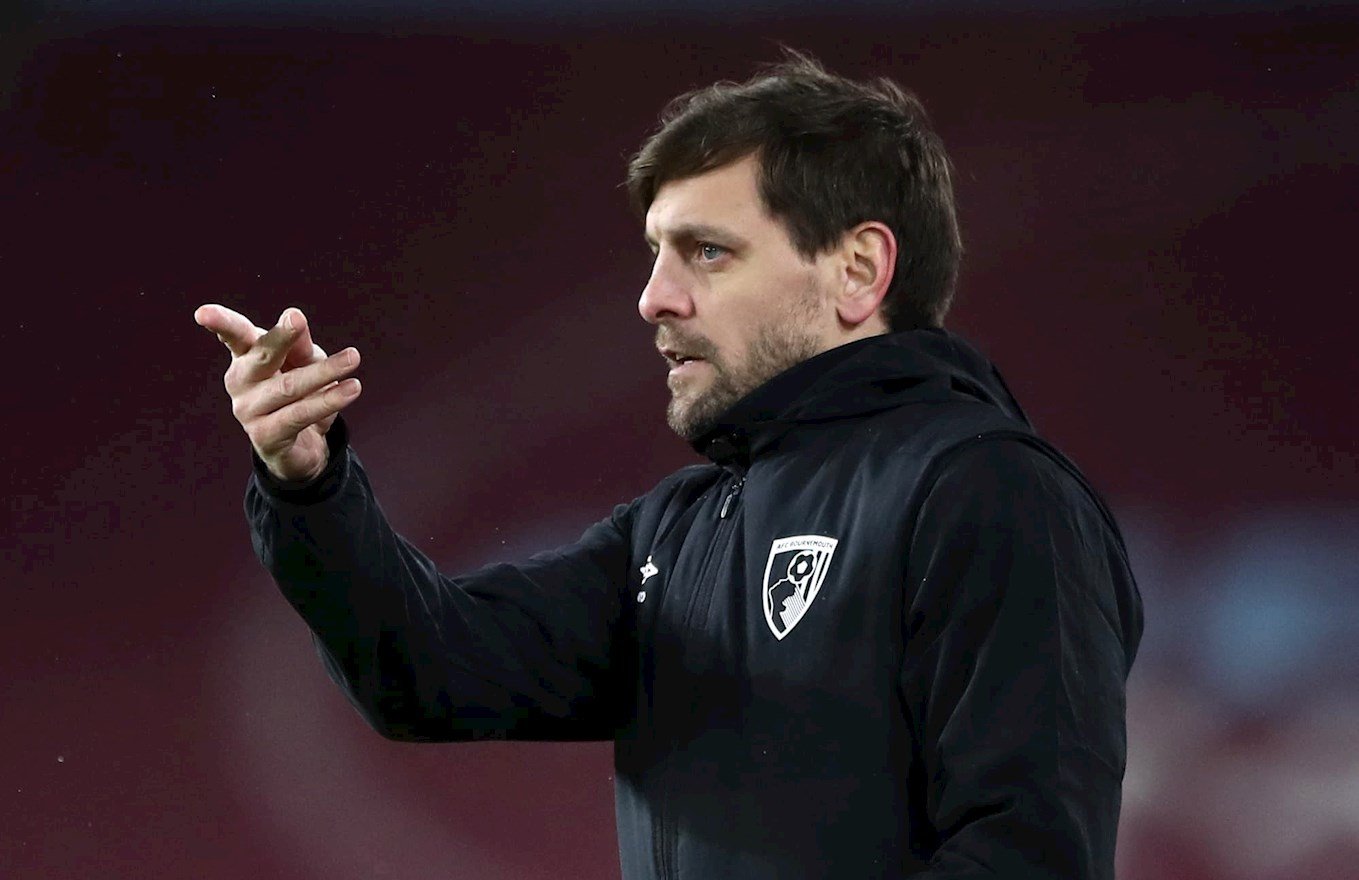 Woodgate featured for the likes of Leeds United, Newcastle United, Tottenham Hotspur and Real Madrid during his playing days as well as enjoying three separate spells with Middlesbrough.

The former England international began his coaching career with Boro in March 2017 before becoming the club’s permanent manager in June 2019.

He was relieved of his duties the following summer, with the club only outside of the relegation zone on goal difference, after a disappointing first season in charge at the Riverside Stadium.

The 41-year-old joined the Cherries coaching staff as senior first-team coach at the beginning of February this year before later becoming caretaker manager and then appointed as head coach on a deal until the end of the season. 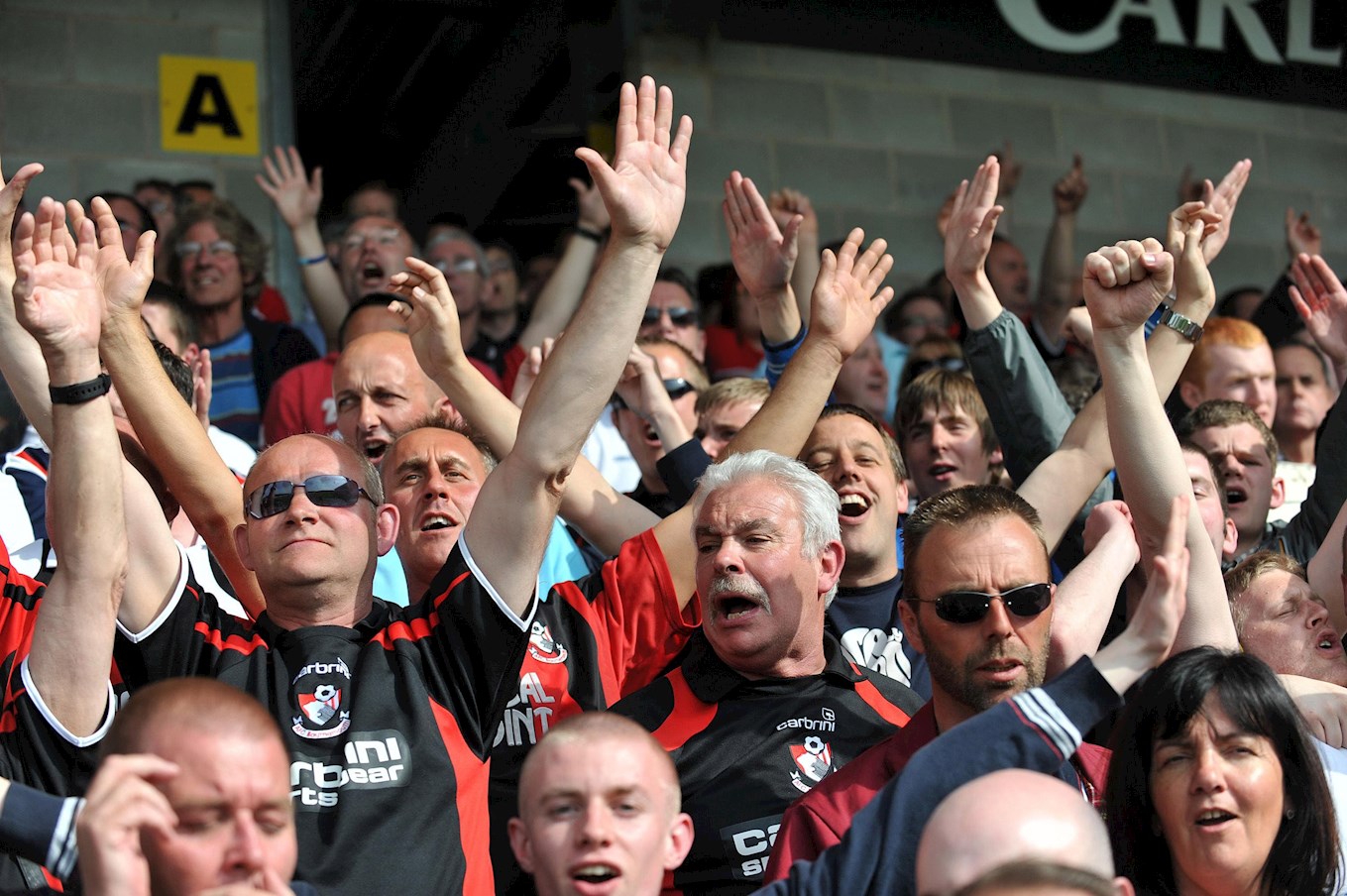 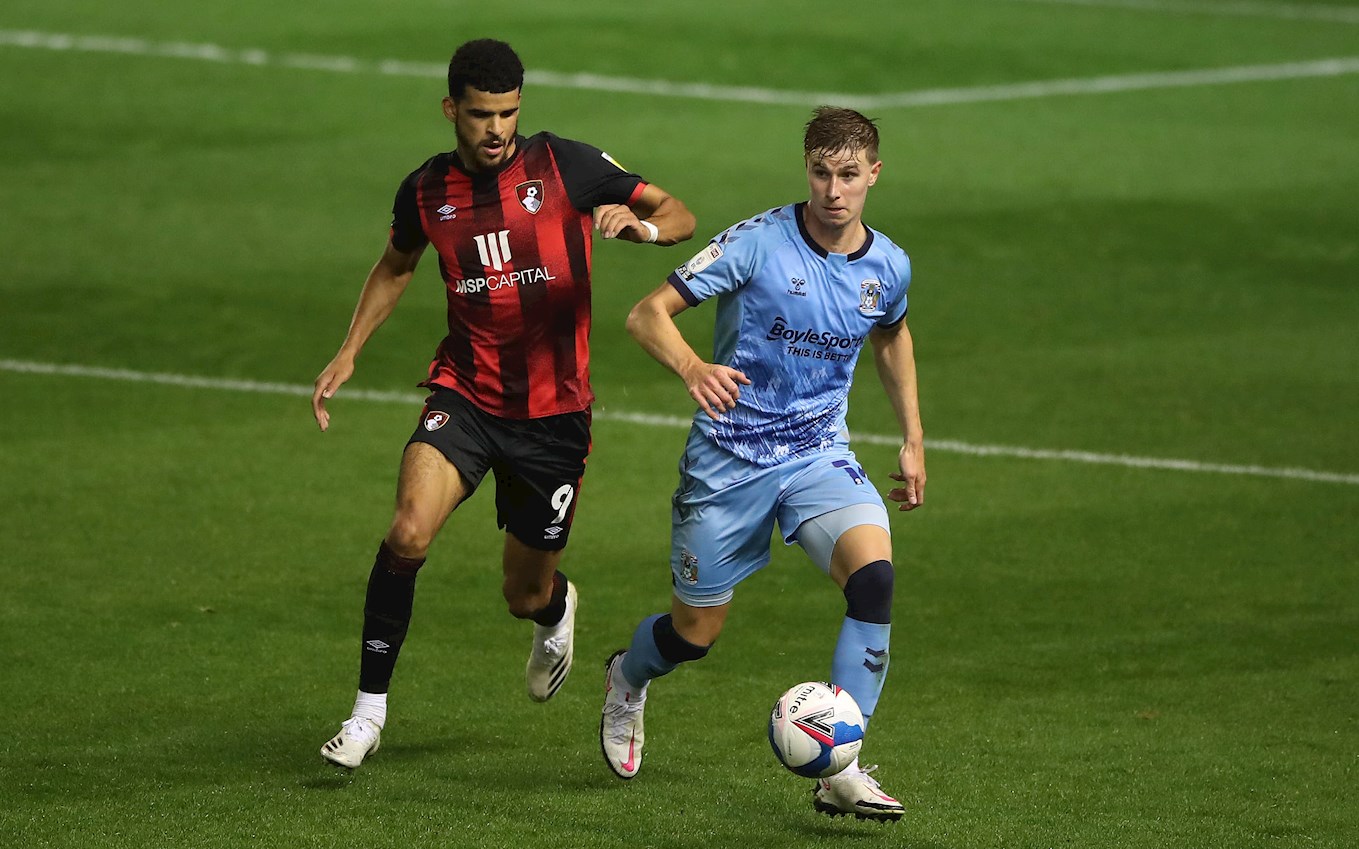 The two sides last met earlier this season when the Sky Blues were beaten 3-1 by the Cherries at St Andrew’s and finished the game with 10-men.

Bournemouth took the lead after six minutes when Jefferson Lerma rifled an effort past Marko Marosi from the edge of the penalty area.

City were then kept in the game by a superb piece of defending by Dom Hyam after he bravely put his body on the line to prevent Dominic Solanke’s goalbound effort, clattering into the post in the process.

The Sky Blues almost drew level when Gus Hamer’s well-placed effort hit the outside of the post after being picked out by Ryan Giles.

City equalised through Matty Godden just before half time when the striker coolly sent Asmir Begovic the wrong way from the penalty spot after Ben Sheaf had been fouled in the box.

The Cherries restored their lead early in the second half when the ball broke kindly for Dan Gosling who finished past Marosi from close range.

The visitors went further ahead on the hour mark when Gosling’s powerful strike from 25-yards out found the bottom left corner.

City were reduced to 10-men for the final 20 minutes when Hamer was dismissed after an altercation with Steve Cook following a foul by Adam Smith. 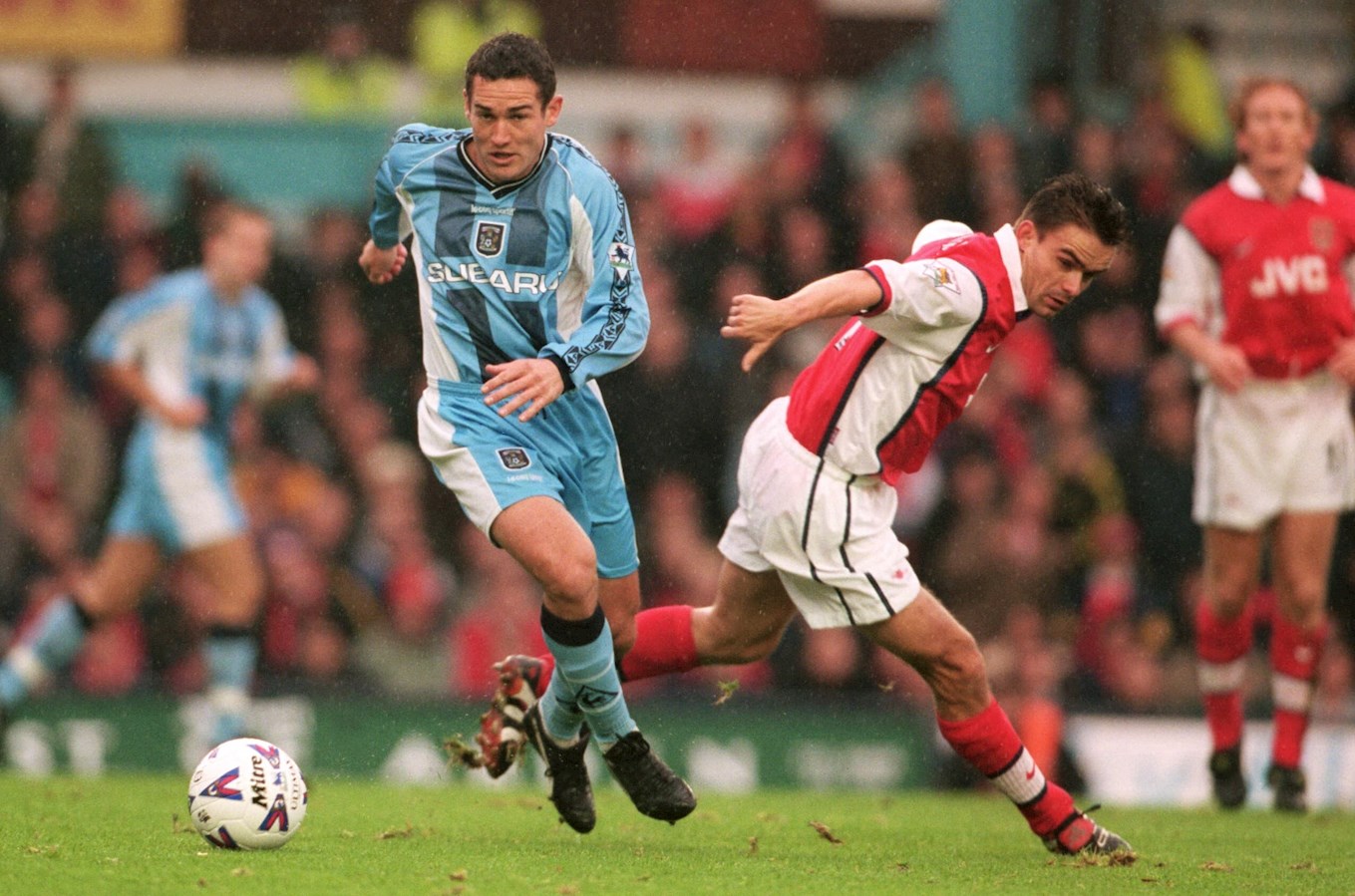 Former Scotland international Paul Telfer made over 200 appearances for the Sky Blues before featuring for the Cherries later in his career.

Telfer began his career with Luton Town where he played over 150 times during a seven-year stay at Kenilworth Road before moving to the Sky Blues in the summer of 1995.

The Scot won his only senior international cap whilst with the Sky Blues, making 191 league appearances and scoring six goals during his six seasons at Highfield Road.

He was reunited with former City boss Gordon Strachan at Southampton in October 2001 and helped the club reach the FA Cup final during his four years with the Saints.

After making more than a century of appearances for the South Coast side he joined Scottish giants Celtic in 2005, once again under the management of Strachan.

He won two Scottish Premier League titles and the Scottish League Cup during his two-year stay at Celtic Park before announcing his retirement from football in April 2007.

Telfer came out of retirement to sign for Bournemouth in July 2007 and made 18 appearances for the Cherries before cancelling his contract in December that same year to help with the club’s financial problems.

He came out of retirement a second time to join Leeds United in August 2008 making 14 appearances for the Whites before later featuring for Slough Town and Sutton United, finishing his career with the latter. 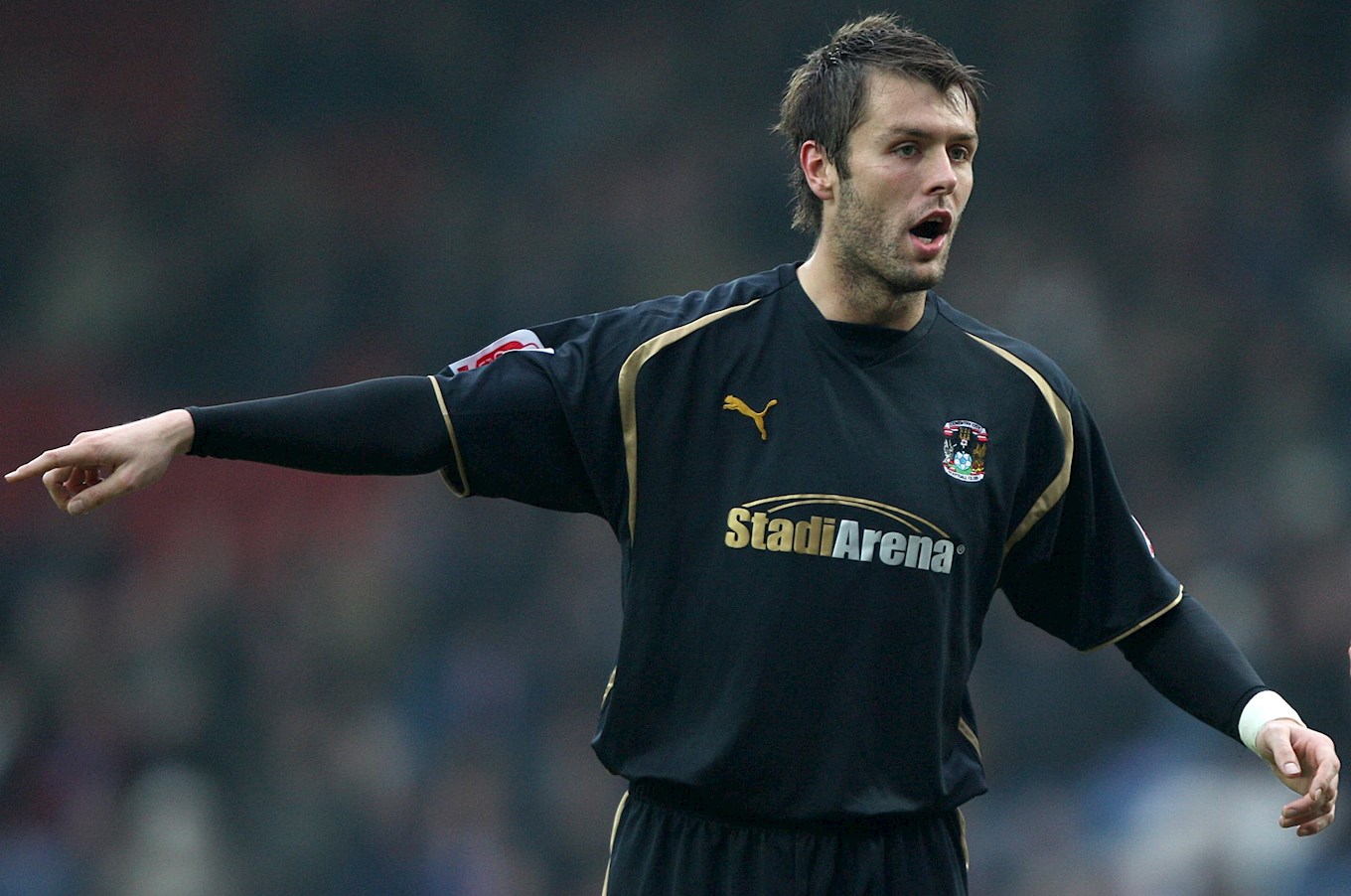 Defender Elliott Ward made over 100 appearances for the Sky Blues during a four-year spell with the club and also spent two seasons with Bournemouth.

Ward came through West Ham United’s academy and made 21 appearances for the Hammers including four in the Premier League whilst also taking in loan spells at Bristol Rovers and Plymouth Argyle.

He also helped the capital club achieve promotion out of the Championship via the play-offs, starting in the final win against Preston North End.

The centre-back signed for the Sky Blues in the summer of 2006 and would go on to make 126 appearances for the club over the next four seasons scoring 16 goals.

He spent time on loan at Doncaster Rovers and Preston North End during his final season at the Ricoh Arena, eventually completing a permanent move to Norwich City in May 2010.

Ward once again enjoyed a promotion campaign with the Canaries helping them reach the Premier League in his first season for the club before making 12 appearances in the top flight the following season.

He then played for Nottingham Forest on loan before signing for Bournemouth in June 2013 where he made 28 appearances over the next two seasons.

Ward had a brief loan spell with Huddersfield Town before spending three seasons with Blackburn Rovers where he achieved promotion from League One.

Another loan spell with Milton Keynes Dons would follow and had short spells with Notts County and Cambridge United before joining his current employers Chelmsford City. 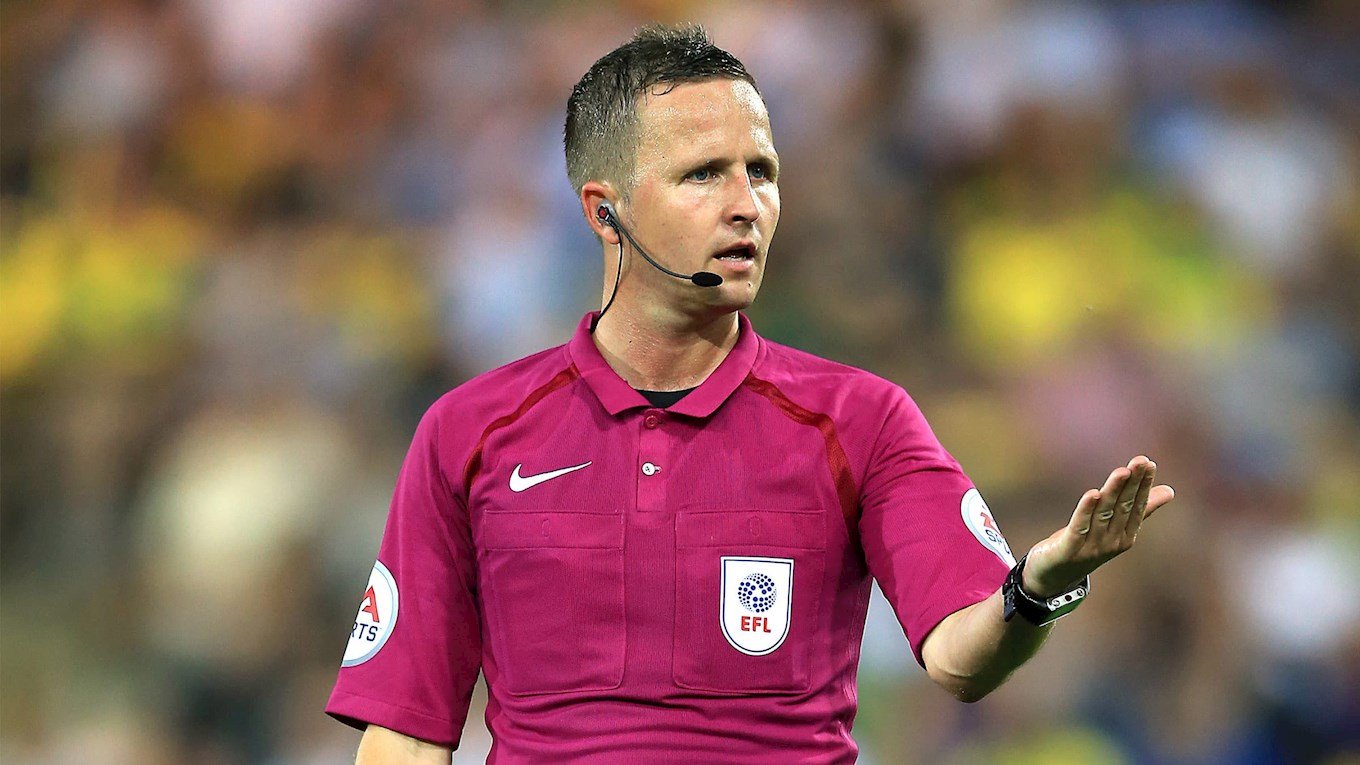 David Webb will be the man in the middle on Saturday afternoon, taking charge of his 33rd game of the 2020/21 season.

He last refereed the Sky Blues in December last year when City secured a an impressive 3-1 home win against Rotherham United at St Andrew’s.

This will be Webb’s 13th season as a Football League referee and he has officiated the Sky Blues on 13 previous occasions, with City winning six, drawing three and losing four of those matches.

He will be assisted by Adam Crysell and Mark Pottage with Tim Robinson acting as fourth official. 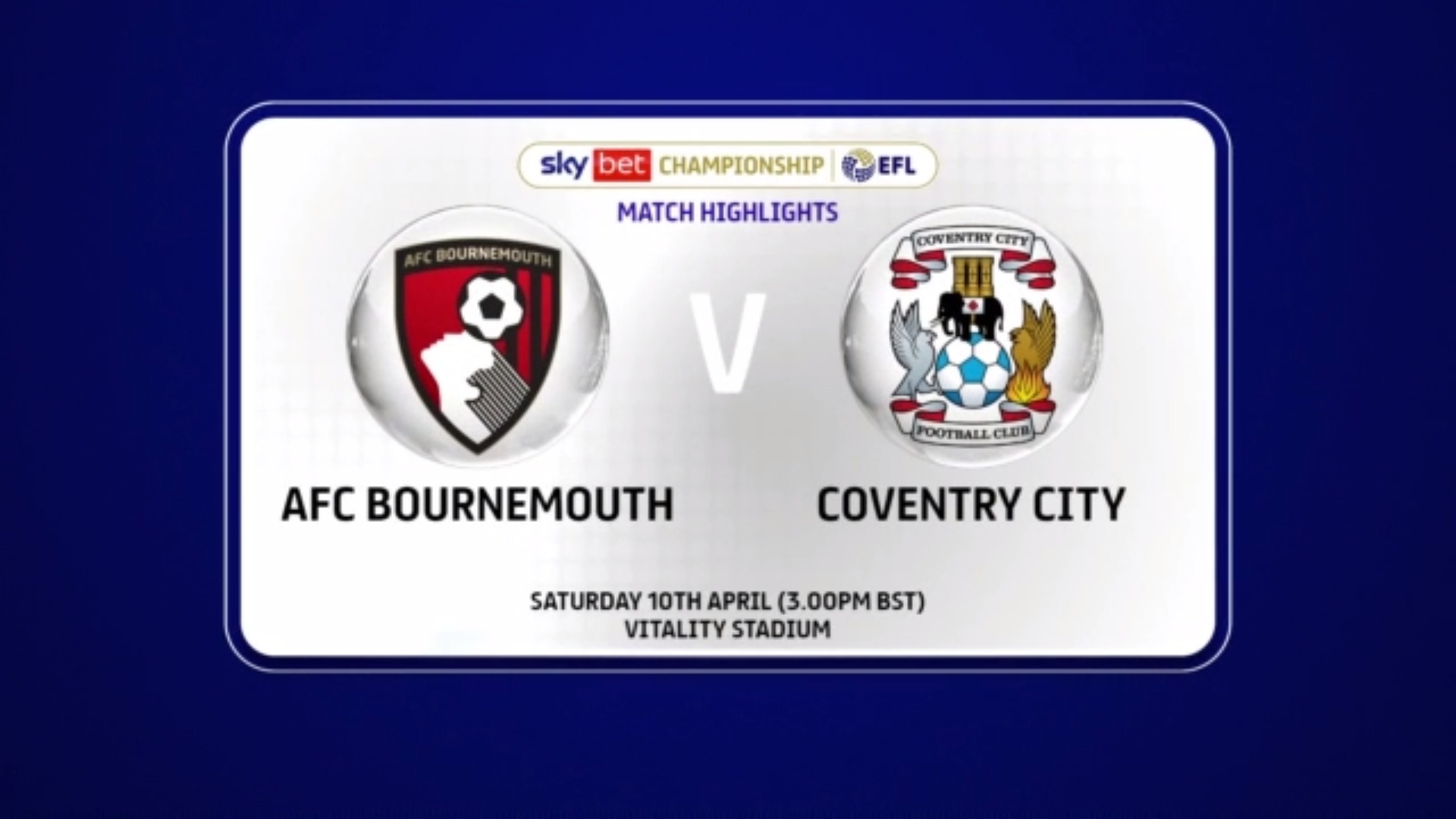 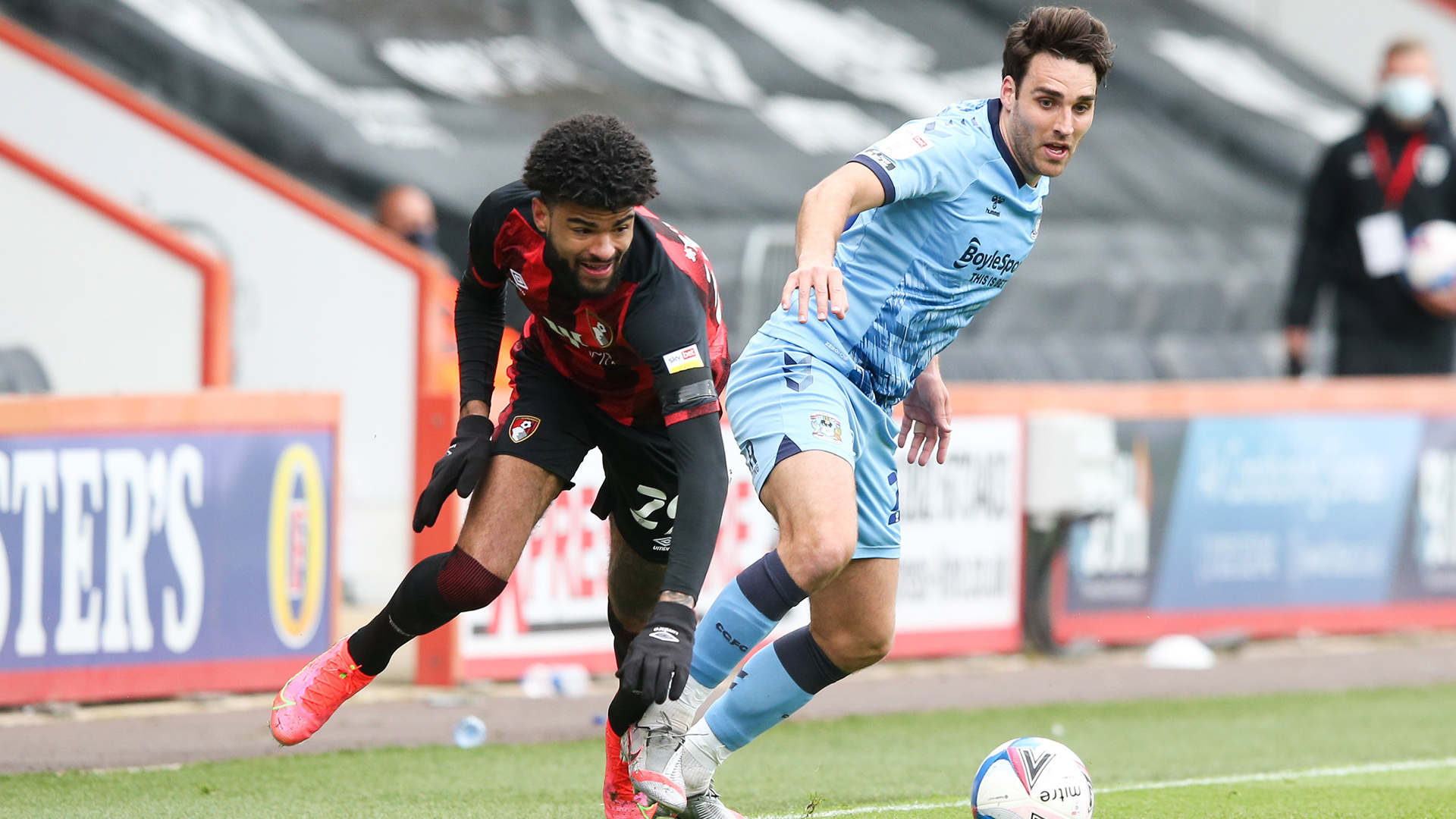 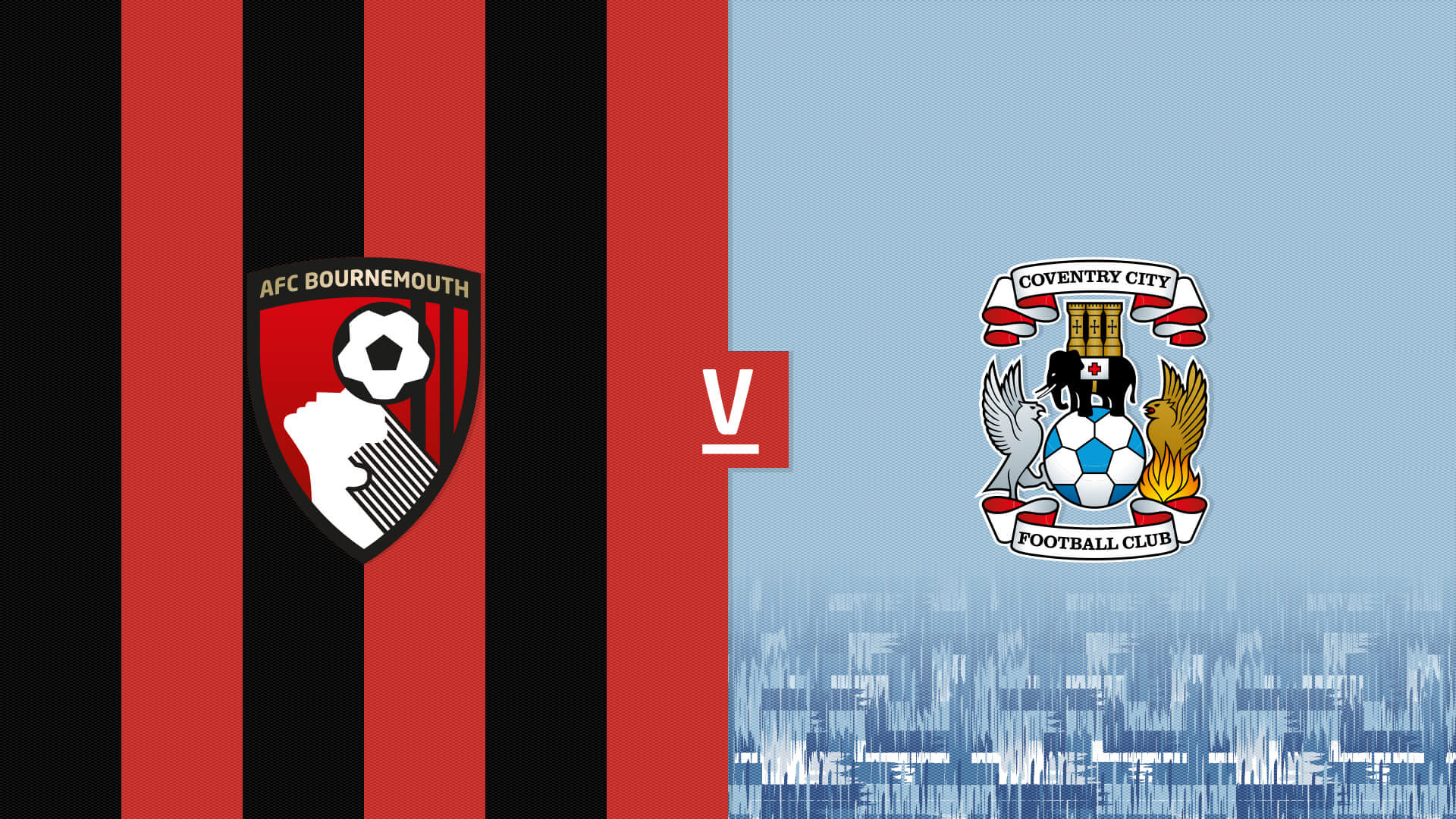