The Sky Blues return to Sky Bet League One action on Saturday as they host Simon Grayson’s Blackpool at St Andrews. Here is all you need to know about the opposition. 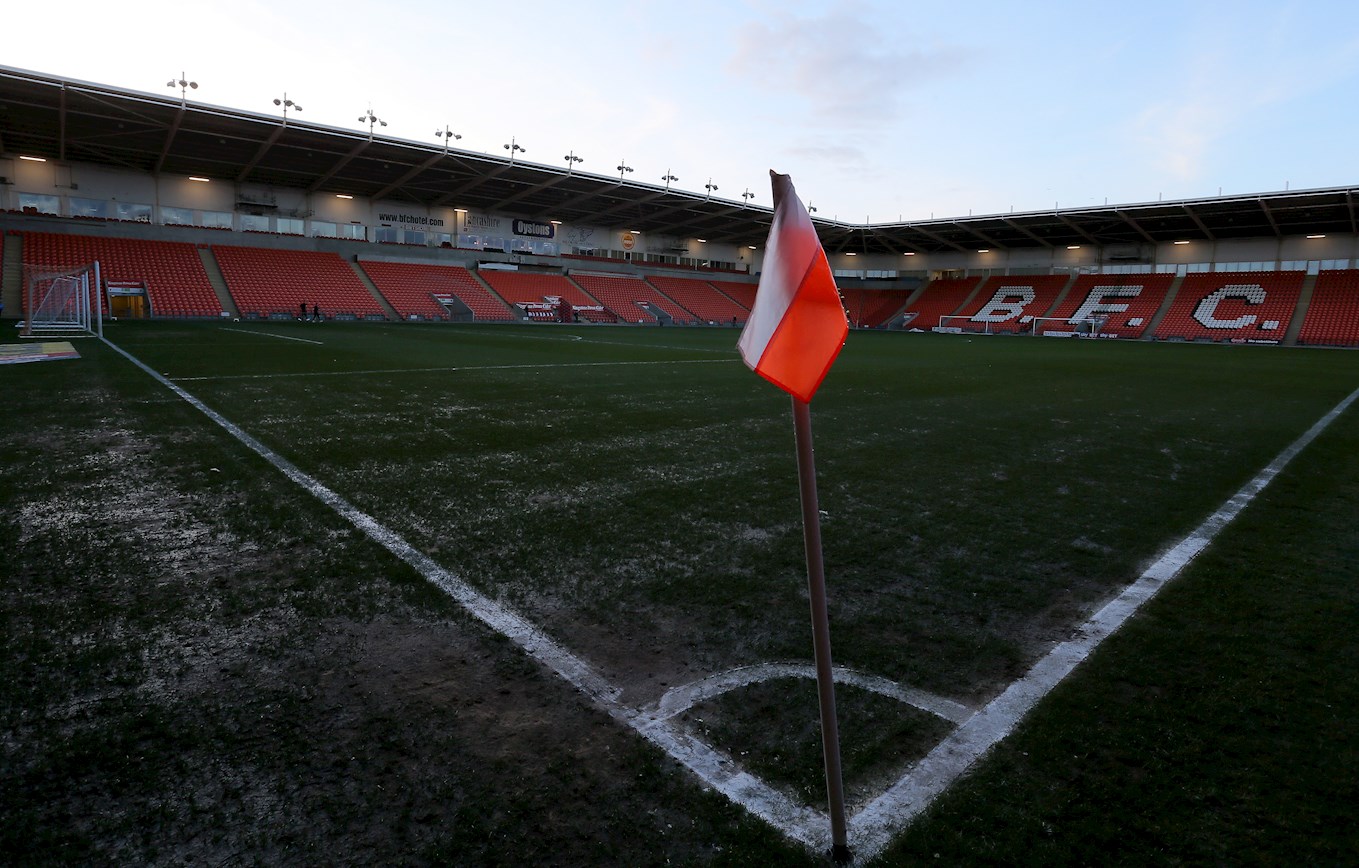 After a turbulent season off the field last campaign, Blackpool are now heading in a new direction under the ownership of Simon Sadler and newly appointed manager Simon Grayson.

The seasiders finished in 10th position last season three points behind the Sky Blues and have begun this season with an almost identical record as City.

Blackpool have won three and drawn three in the league scoring ten goals and conceding just five, one less that the Sky Blues.

They began their campaign with three straight victories over Bristol Rovers, Southend and Oxford whilst drawing their next three games against Gillingham, Rochdale and Portsmouth.

Frontman Armand Gnanduillet has been prolific so far this season scoring four goals in six games. 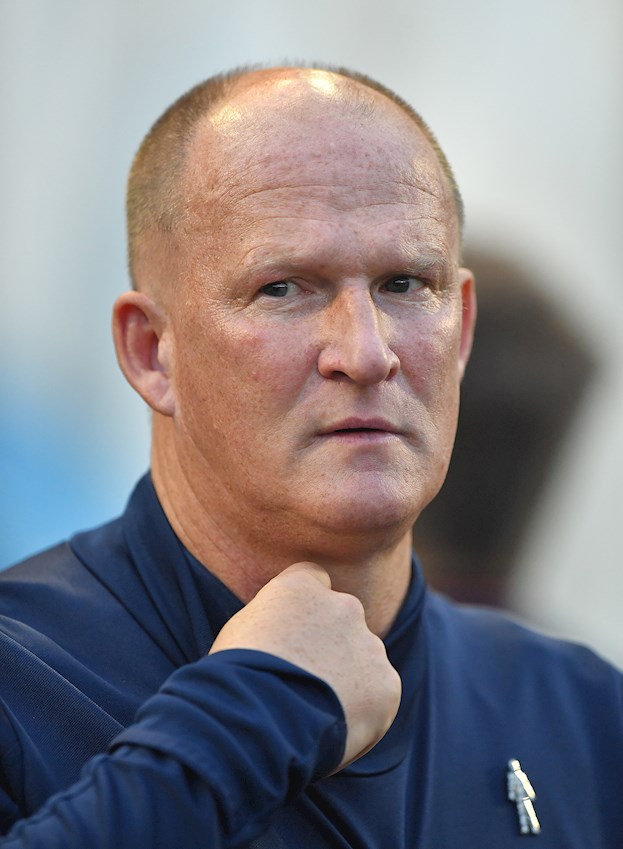 In July Simon Grayson replaced Gary Bowyer in the hot seat for his second spell in charge of Blackpool.

Grayson started his managerial career at Bloomfield Road in 2005 as a player manger but retired from playing after a year to focus on his management role.

In 2007 Grayson guided the club to promotion from Sky Bet League One with victory over Yeovil town in the play-off final.

After leaving Blackpool, Grayson added another three Sky Bet League One promotions to his CV with Leeds, Huddersfield Town and Preston North End.

Most recently Grayson has had spells in charge of Bradford City and Sunderland before re-joining Blackpool over the summer.

The visitors doubled their advantage just five minutes later when Gnanduillet latched onto a long ball to rifle the ball into the bottom corner. 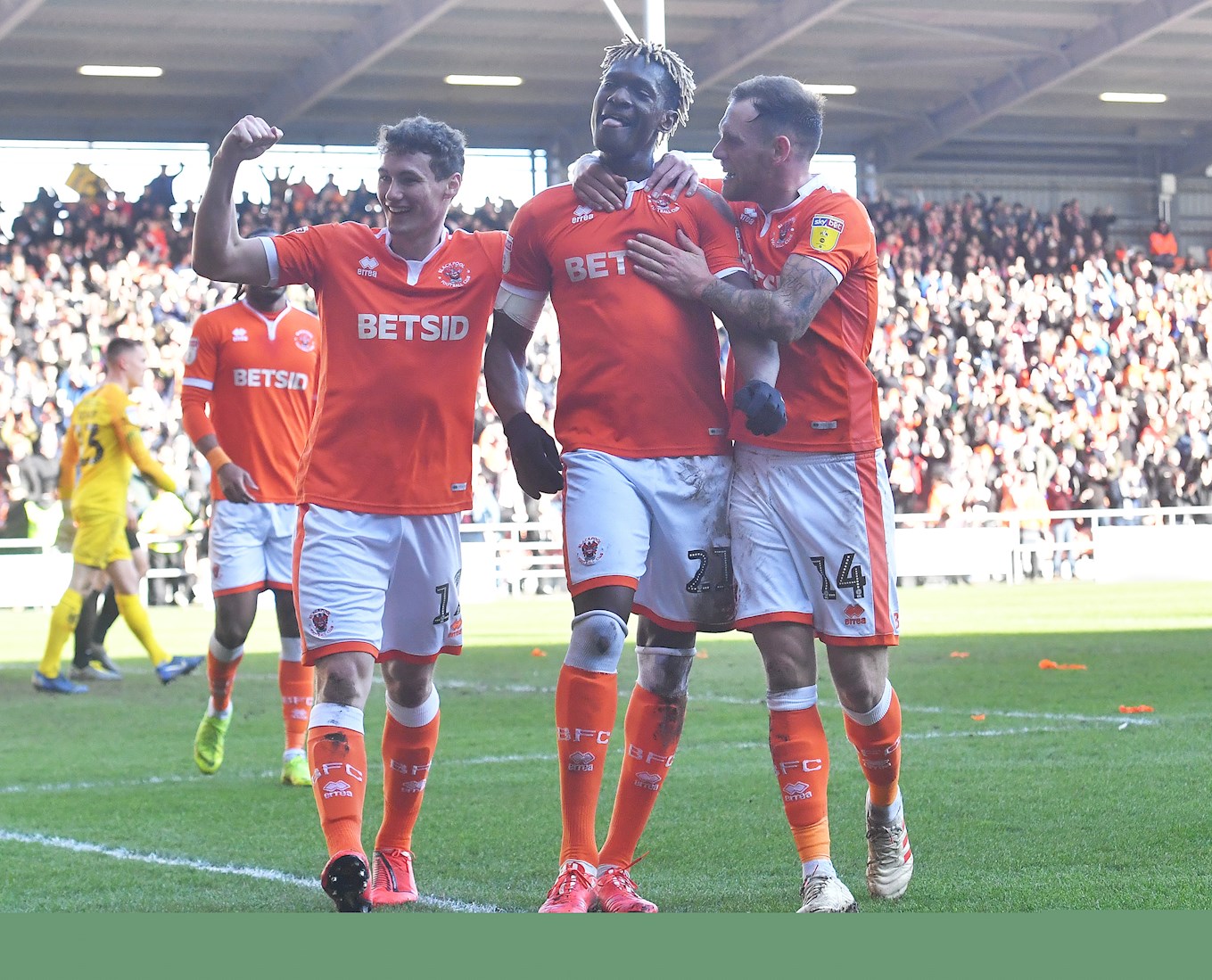 The Scottish midfielder started his career with Alloa Athletic and signed for Blackpool in 1968 making his debut against Plymouth.

Hutchinson was part of the Blackpool side that gained promotion to Division One in 1970. However, with limited first team opportunities this led to his move to the Sky Blues.

Hutchinson went on to make over 300 appearances for the Sky Blues winning the player of the season award three times along with 18 caps for his country.

After nine years with City Hutchinson moved to Manchester City and also had spells with Burnley and Swansea. 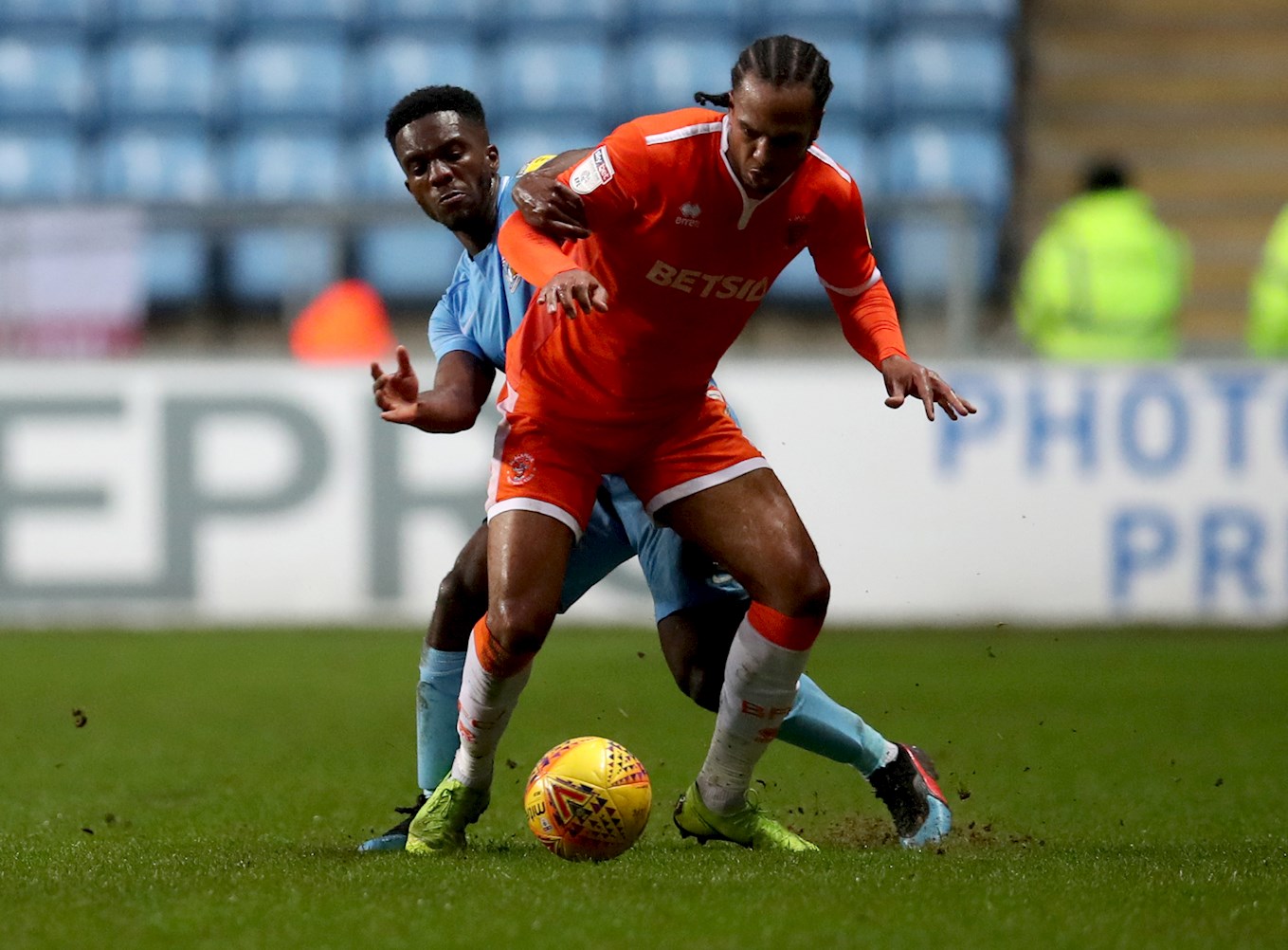 Current Blackpool forward Nathan Delfouneso began his career at Aston Villa however during his time at the club Delfouneso had five loan spells at clubs including Blackpool and the Sky Blues.

After spells at Burnley and Leicester, Delfouneso joined Blackpool in 2012 for two loan spells where he made 52 appearances and scored six goals.

Delfouneso then joined City on loan in 2014 making 14 appearances and scoring three goals.

Since his time with the Sky Blues, Delfouneso has appeared for Blackburn Rovers, Bury and Swindon Town and is now in his second permeant spell with the Seasiders. 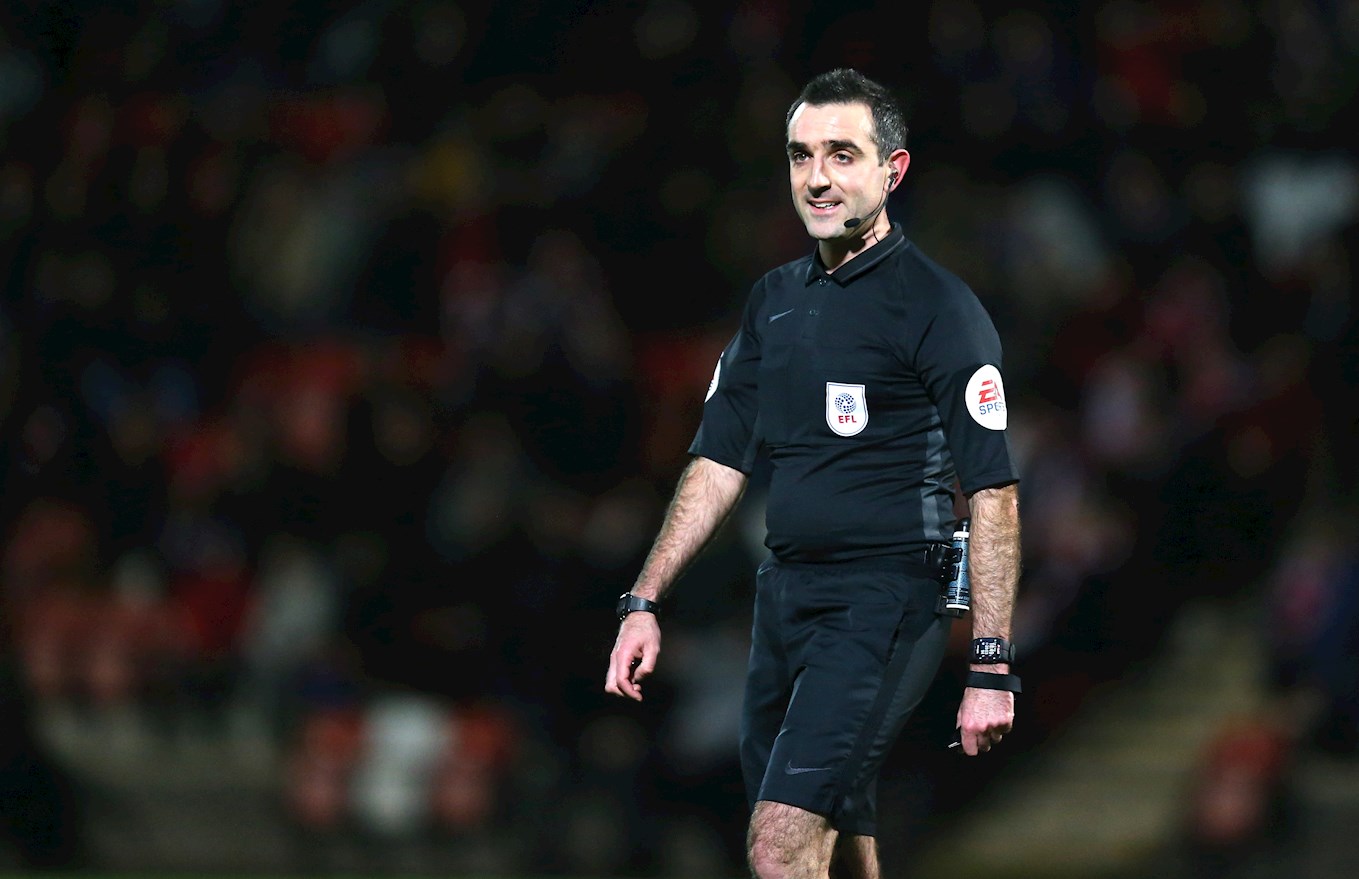 Paul Marsden will be the man in the middle for Saturday’s clash with Blackpool.

Marsden has been in charge of five games across four competitions this season showing a total of 17 yellow cards and no red cards.

He will be assisted by Christopher Husband and Matthew Jones while Daniel Middleton will act as fourth official.

The Sky Blues fought back from 2-0 to take all three points after a dramatic stoppage time winner from Callum O’Hare.

O’Hare found space inside the penalty area, drove past his defender and fired the ball into the top corner to complete a stunning comeback.

Just two minutes in Blackpool took the lead after a deep cross from Liam Feeney was met by Sulley Kaikai who seemed to be looking to try and play the ball back across the box, however his effort looped over Marko Marosi and found the far corner.

The Sky Blues reacted well to going behind and just three minutes later the ball was worked down the left and played inside to Jordy Hiwula who took aim from 20 yards only to see his shot deflected into the gloves of Jak Alnwick.

City then had the ball in the net after 11 minutes as Jordan Shipley played a fine ball through the Blackpool defence to Hiwula who finished the chance well but was denied by the assistant referee’s flag.

Jobello was next to try his luck for the Sky Blues as Zain Westbrooke had space in the middle of the pitch and slid a ball down the right-hand channel where Jobello drove into the box, but fired a low shot straight at Alnwick.

Seven minutes before half time Blackpool doubled their lead as Feeney and Kaikai combined again with Feeney sweeping the ball across the box for Kaikai to slot past Marosi.

Just three minutes later, the Sky Blues pulled a goal back as Kyle McFadzean hit a long ball forward which the Blackpool defence failed to clear and Godden latched onto the loose ball to fire home from close range.

On the stroke of half time City found their equaliser as the ball fell to the feet of Hiwula in the box who then teed up Jobello to fire the ball into the roof of the net which drew the Sky Blues level going into the break.

City started the second half brightly and it took just five minutes for Hiwula to have an effort on target as he leaped highest to head a Jobello cross goalwards, however the frontman could not generate enough power on the header to trouble the Blackpool ‘keeper.

The Sky Blues nearly took the lead 20 minutes into the second half as Jobello nodded the ball downwards into the path of Hiwula who lifted the ball over the onrushing ‘keeper, only for it to be cleared by Curtis Tilt before reaching the goal.

Five minutes later Michael Rose found himself unmarked from a corner however the Sky Blues defender could only head the ball over the bar.

It was then fellow defender McFadzean’s turn to head over as the skipper jumped highest from a corner but couldn’t direct his header downwards.

After O’Hare’s winner, Kastaneer had the opportunity to seal all three points as the winger broke clear from the half way line only to be denied by the Blackpool ‘keeper.

Blackpool played the final five minutes of the game with ten men as substitute Nathan Delfouneso was unable to continue after picking up and injury after Blackpool had made all three of their substitutions.