The Sky Blues take on AFC Wimbledon on Tuesday night, looking to extend their unbeaten run in League One to nine matches. Here’s everything you need to know about our opponents. 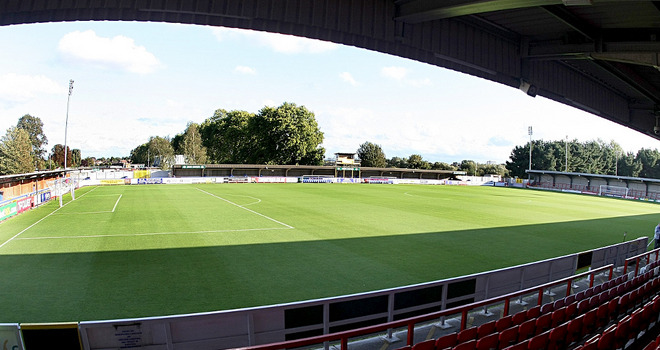 AFC Wimbledon are currently enjoying their fourth season in League One, having achieved promotion to the third tier via the play-offs in 2015/16.

The Dons survived on goal difference last season, after finishing 20th in the table, with a goalless draw against Bradford City on the final day of the season enough to keep them in the division.

The Wombles are yet to win a game this season, with five defeats and three draws from their eight League One fixtures, as well as losing to MK Dons in the Carabao Cup and Brighton & Hove Albion U21’s in the Leasing.com trophy.

Their poor early season form has seen them drop into the relegation zone, but Wimbledon can count themselves slightly unlucky to have lost four league matches by just a single goal. 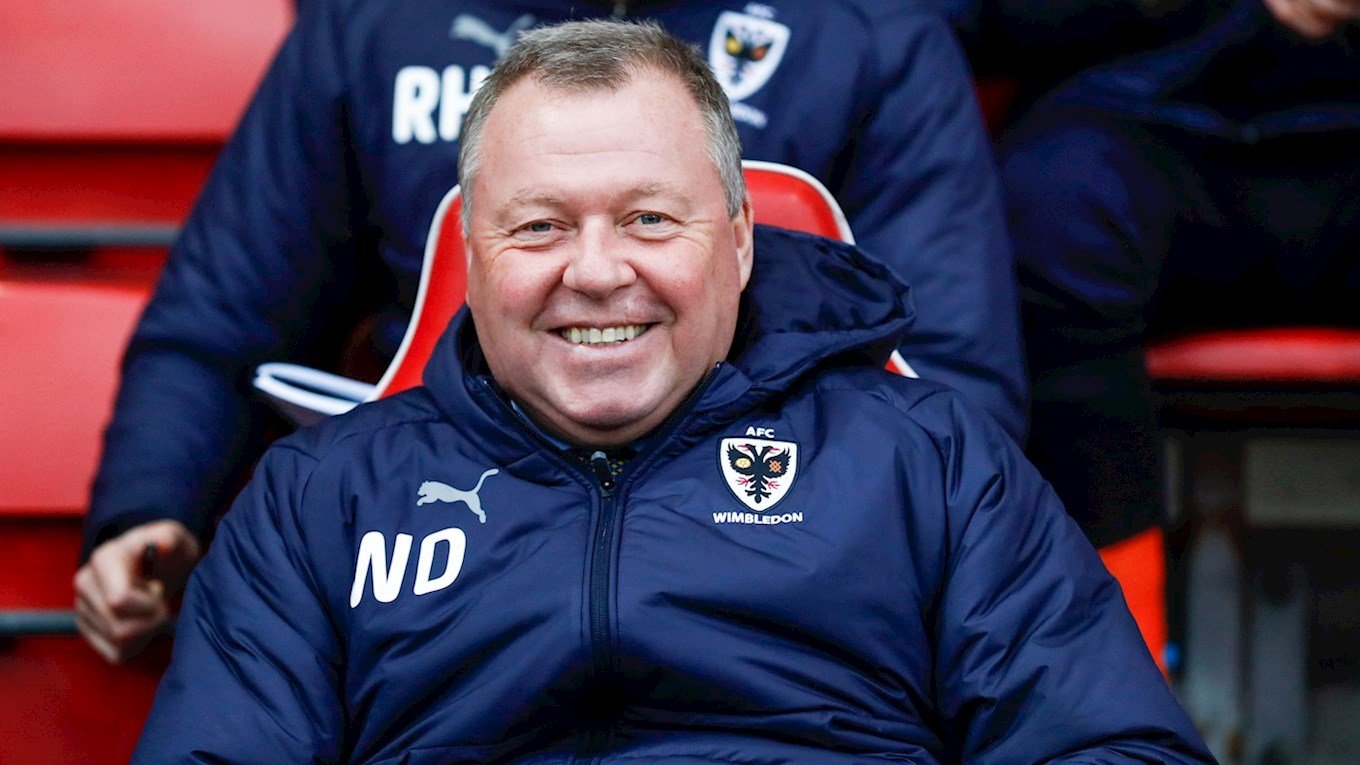 Club legend Wally Downes spent almost the entire of his playing career with Wimbledon helping them rise from the fourth division of English football to the first division within the space of a decade.

The 58-year-old is also credited with instilling the ‘Crazy Gang’ spirit at the club, that culminated with Wimbledon winning the F.A. Cup in 1988 with a famous upset victory against Liverpool.

Downes took up his first managerial role at Brentford in June 2002 and would spend one and a half seasons with the club before joining the backroom staff at Reading, Southampton and West Ham United respectively.

He returned to management with Wimbledon in December 2018, with the club six points from safety at the bottom of the League One table.

However, after taking 21 points from their remaining 12 matches, Downes completed a miraculous recovery to keep the club in the division on goal difference. 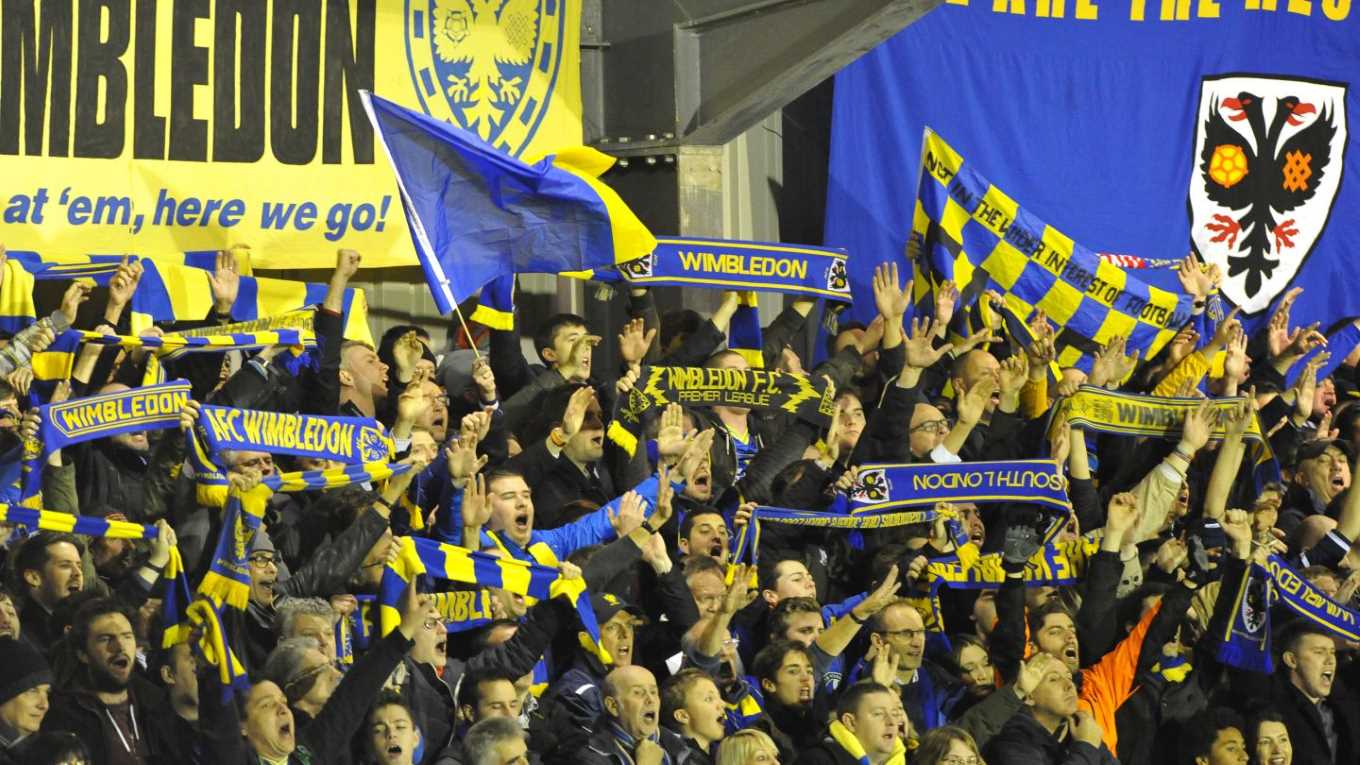 The last meeting with AFC Wimbledon ended in a 1-1 draw back in January of this year.

Jake Jervis opened the scoring after just two minutes when he turned the ball home from close range after a game of pinball broke out in the Sky Blues six-yard box.

The visitors almost doubled their lead when Mitchell Pinnock’s effort from 20 yards out struck the crossbar.

City carved out their first chance of the match when Liam Kelly wandered into the penalty area before seeing his well-struck effort tipped over the crossbar by Aaron Ramsdale.

The Sky Blues grabbed a deserved leveller just past the hour mark when Conor Thomas’s effort was deflected past Ramsdale into the bottom right corner from Dujon Sterling’s cut-back.

Thomas came close to adding a second goal to his tally but saw his effort from outside the penalty area go wide of the right-hand post. 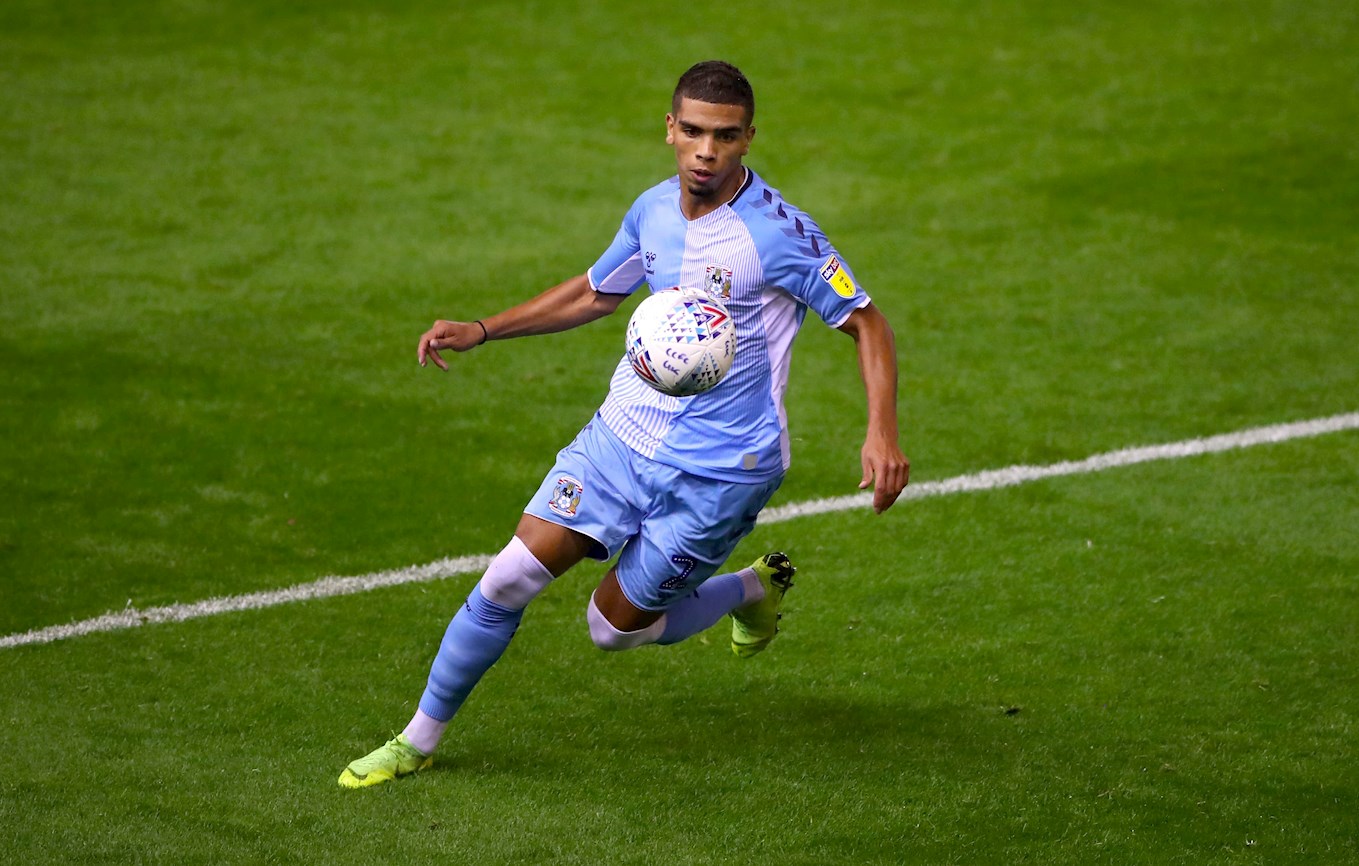 He made three appearances for Reading during the 2016/17 season before being loaned to Wimbledon in February 2018.

Watson aided the club’s miraculous run of form to secure their League One status on the final day of the season, making 24 appearances during his spell at Kingsmeadow.

Since arriving at the Sky Blues, Watson has made two appearances, making his debut as a late substitute in the 3-3 draw with Oxford United.

He then started in the Leasing.com trophy win against Walsall, scoring what proved to be the winning penalty in the shootout. 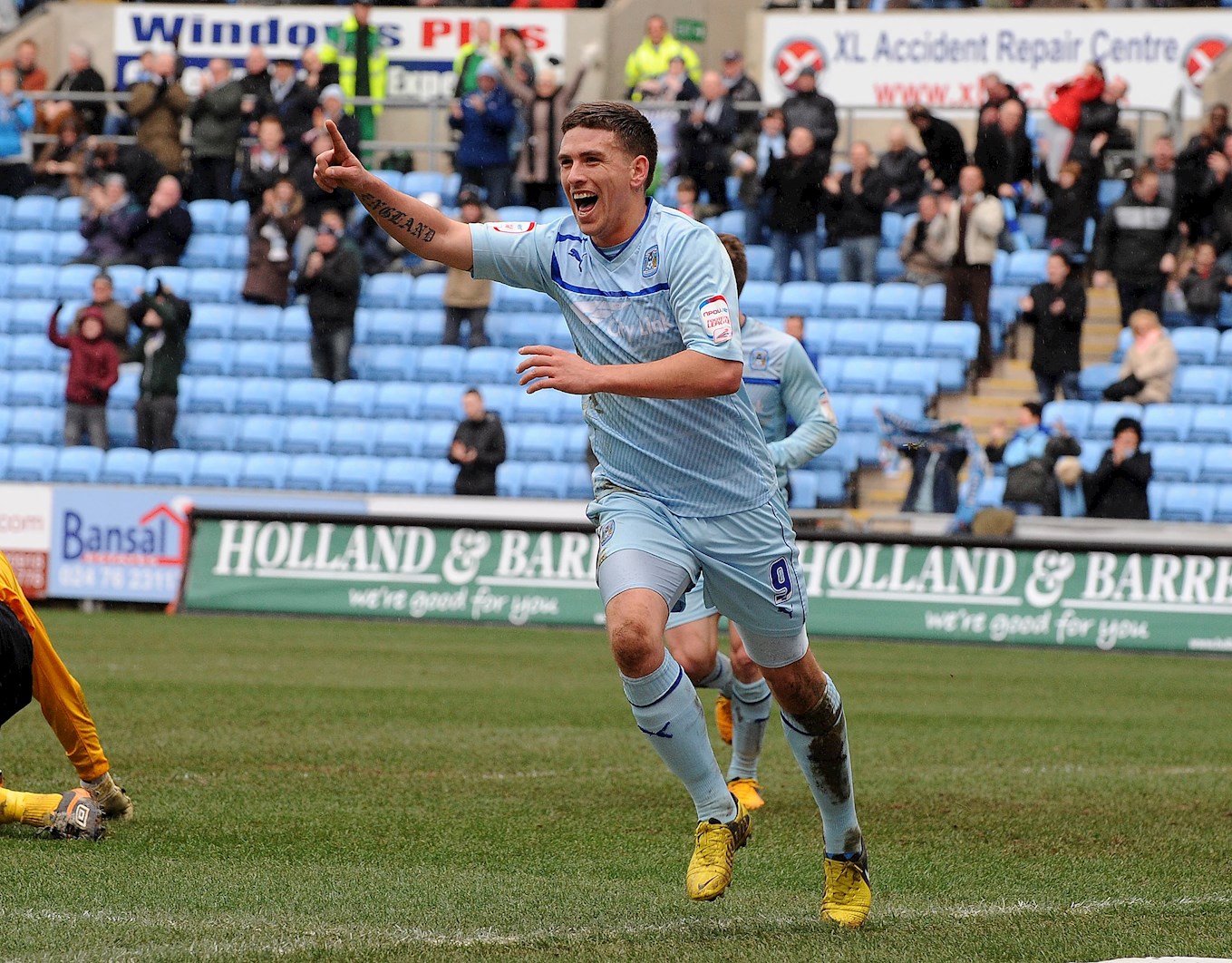 McDonald enjoyed short spells with both the Sky Blues and Wimbledon during his career which currently sees him play in the National League with Ebbsfleet United.

The 33-year-old spent much of his early career in non-league football, playing for the likes of Witham Town, Maldon Town and Dartford before joining Championship side Norwich City in February 2009.

He scored four goals in 24 appearances for the Canaries, helping them win the League One title in 2009/10 and was subsequently loaned to League Two side Gillingham where he netted an impressive 25 goals in 41 league outings.

His superb form with the Gills saw him snapped up by the Sky Blues on a permanent deal in August 2011. He managed seven goals in 46 league appearances during his spell with City.

The striker re-joined Gillingham on loan in January 2013 and after an impressive start to life back with the Gills, was recalled by City in February, after a change of management at the club, before departing for Gillingham permanently in the Summer.

McDonald enjoyed a fruitful four-season stay at Priestfield Stadium netting 48 goals in 153 appearances before joining AFC Wimbledon in June 2017. He netted five goals in 32 league games during his single season with the Dons before signing for his current club Ebbsfleet in November 2018.

Trevor Kettle will be the man in the middle on Tuesday night, taking charge of his seventh game of the season.

He has officiated in four League One matches, as well as one League Two clash and a Carabao Cup tie.

Kettle isn’t afraid to produce his cards either, having already brandished 19 yellow cards and three red cards this season.

He last officiated City back in January of this year, taking charge of the Sky Blues 2-1 defeat to Plymouth Argyle at Home Park.

He will be assisted by Kevin Morris and Ravel Cheosiaua with Ian Dudley acting as fourth official.

The Sky Blues are 6/4 on to win tonight. Matty Godden leads the way for first goalscorer at 7/2.

Fancy a flutter? Take a look at the latest SkyBet odds here

Liam Walsh scored an injury time winner to fire the Sky Blues to another victory and to keep them on top of Sky Bet League One.

The Sky Blues dominated possession in the early stages however City were caught out playing from the back, as Marko Marosi played a ball to Liam Walsh inside the penalty area who tried to recover from a heavy touch which resulted in the midfielder bringing down his man and conceding a penalty.

Forss stepped up to take the spot kick and calmly placed the ball down the middle of the goal with Marosi diving to his right.

Jordy Hiwula nearly replied in an instant for the Sky Blues as Wesley Jobello played Hiwula through on goal however the forward took to long with his effort and the Wimbledon ‘keeper smothered his shot.

The Dons then nearly doubled their lead after 11 minutes as Scott Wagstaff drove from midfield unchallenged, and curled a shot towards goal which took a deflection off Dom Hyam before hitting the post and bouncing wide.

Wimbledon continued their bright start and Michael Folivi missed a glorious chance 18 minutes in as the forward found himself unmarked at the back post but headed over from six yards out.

The Sky Blues drew level 27 minutes in as Jordan Shipley played a world class ball through the Wimbledon defence, taking out at least five defenders in the process, before Hiwula rounded ‘keeper Nathan Trott and slid the ball into the net from a tight angle.

Just five minutes later Hiwula had a chance to double his, and City’s, tally as the front man latched onto a square ball across the box from Matt Godden before firing his shot wide of the post.

Callum O’Hare, who was making his first league start, forced a smart save from Trott when Jobello fired a low cross into the box and O’Hare adjusted his feet well to take a touch and drill his shot across Trott who got down well five minutes before the break.

Hyam had the first opportunity of the second half, as ten minutes in the defender rose highest at the back post to meet Walsh’s corner however he could not direct his on target.

Fankaty Dabo was the next defender to try his luck, however, his effort was from distance as he looked for attacking options before trying his luck from 25 yards resulting in the ball flying over the bar.

It took Wimbledon nearly 20 minutes to have their first attempt in the second half as Paul Kalambayi rose highest to meet a corner but his header went well wide of the goal.

With just seven minutes remaining Brandon Mason clipped a ball over the Wimbledon defence to Godden who was unable to control at the first attempt and the ball ran through to the goalkeeper.

In a half with few chances, the Sky Blues were awarded a free kick 25 yards out from goal in stoppage time however Liam Walsh could only whip the ball past the post before his late, late winner.