The Sky Blues are in action live on Sky Sports this weekend, against a Tranmere side who have achieved back to back promotions in recent years. We take a look at this weekends opponents... 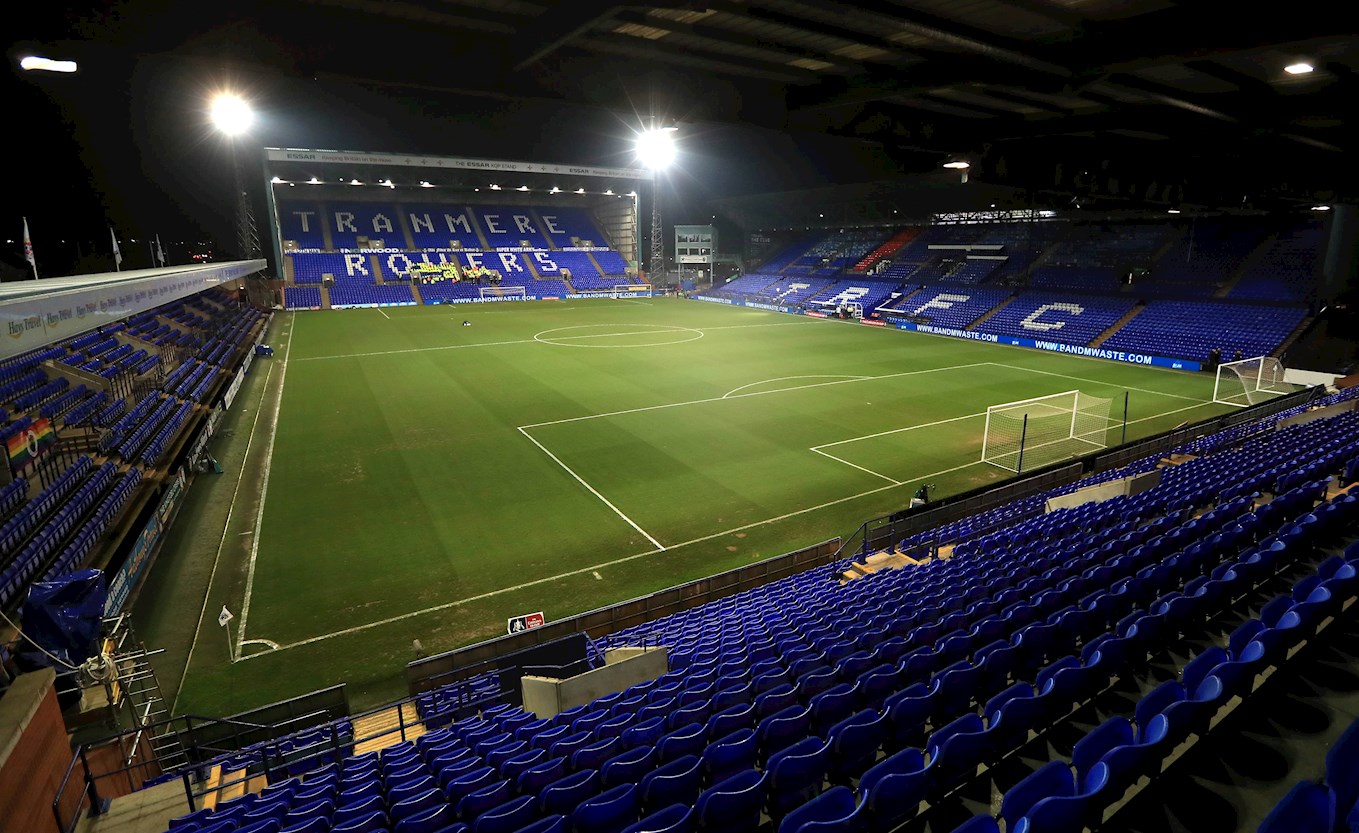 League Two’s Play-Off winners from last season have returned to the third tier since relegation in 2014. Remarkably, the club suffered double relegation by falling into Non-League the very next season, and then secured double promotion to return back this year.

Rovers have struggled to string together results this term, and go into the weekend with just 9 points from their first 11 matches. They have picked up some impressive results nonetheless; a 1-1 draw at Rotherham United stands out, but avoiding losses against Burton Albion and Peterborough United are also not to be sniffed at.

Tranmere lost last season’s top goal scorer James Norwood to League One rivals Ipswich Town over the summer, but have reinvested in their front line. Stefan Payne is well accustomed to this level, and Morgan Ferrier also has had League One experience with Walsall.

By the time of kick off on Sunday, Tranmere could find themselves in the drop zone, so will be desperate to take at least a point back to Merseyside. 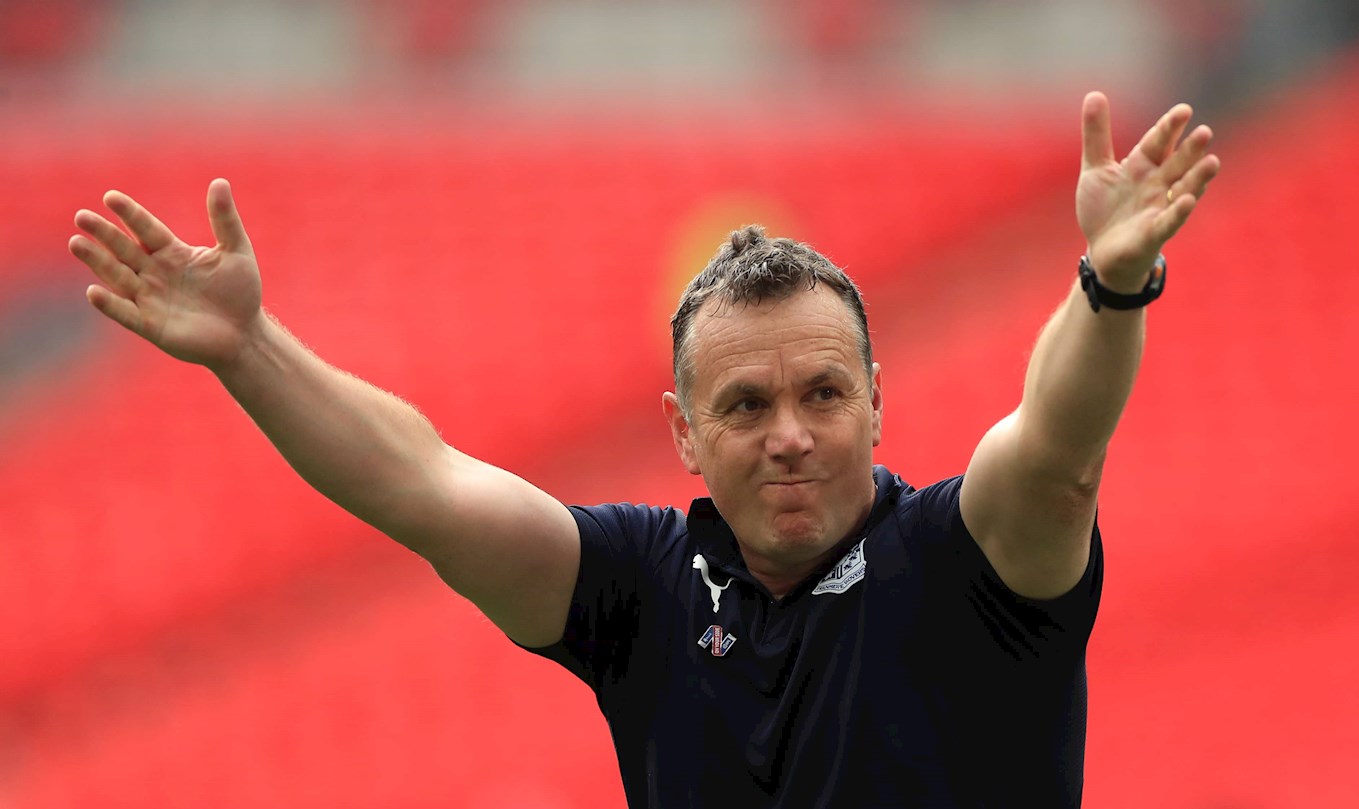 A well-seasoned pro in the lower leagues of English football, Mellon cut his teeth at current League One club Fleetwood Town. The Fishermen were bottom of National League North when he arrived in 2008.

The turnaround he oversaw was nothing short of incredible – by the time he left in 2012, Fleetwood were 4th in League Two. The highlight of his time at Highbury Stadium was the side’s 2011-12 campaign. Fleetwood romped the league, attaining 103 points in the process.

He has also spent time at Shrewsbury Town and Barnsley before taking over at Prenton Park. His record as a manager is impressive – with five promotions under his belt, he knows what it takes to get a club out of a division. A career win percentage of 48.6% for a manager with over 500 career games is notable.

Coventry travelled to Tranmere back in 2013 and started in the worst possible fashion; conceding an early penalty. Future City loanee Matthew Pennington was brought down by academy product Billy Daniels, and veteran striker Ryan Lowe converted from the spot.

After going into half time 1-0 down, just three minutes into the second half James Wallace doubled the hosts’ lead with a shot that found the back of the net via a Conor Thomas deflection.

It got worse for the Sky Blues when substitute Jake Kirby made it three. On loan winger Michael Petrasso bagged his only goal in Sky Blue with ten minutes remaining. 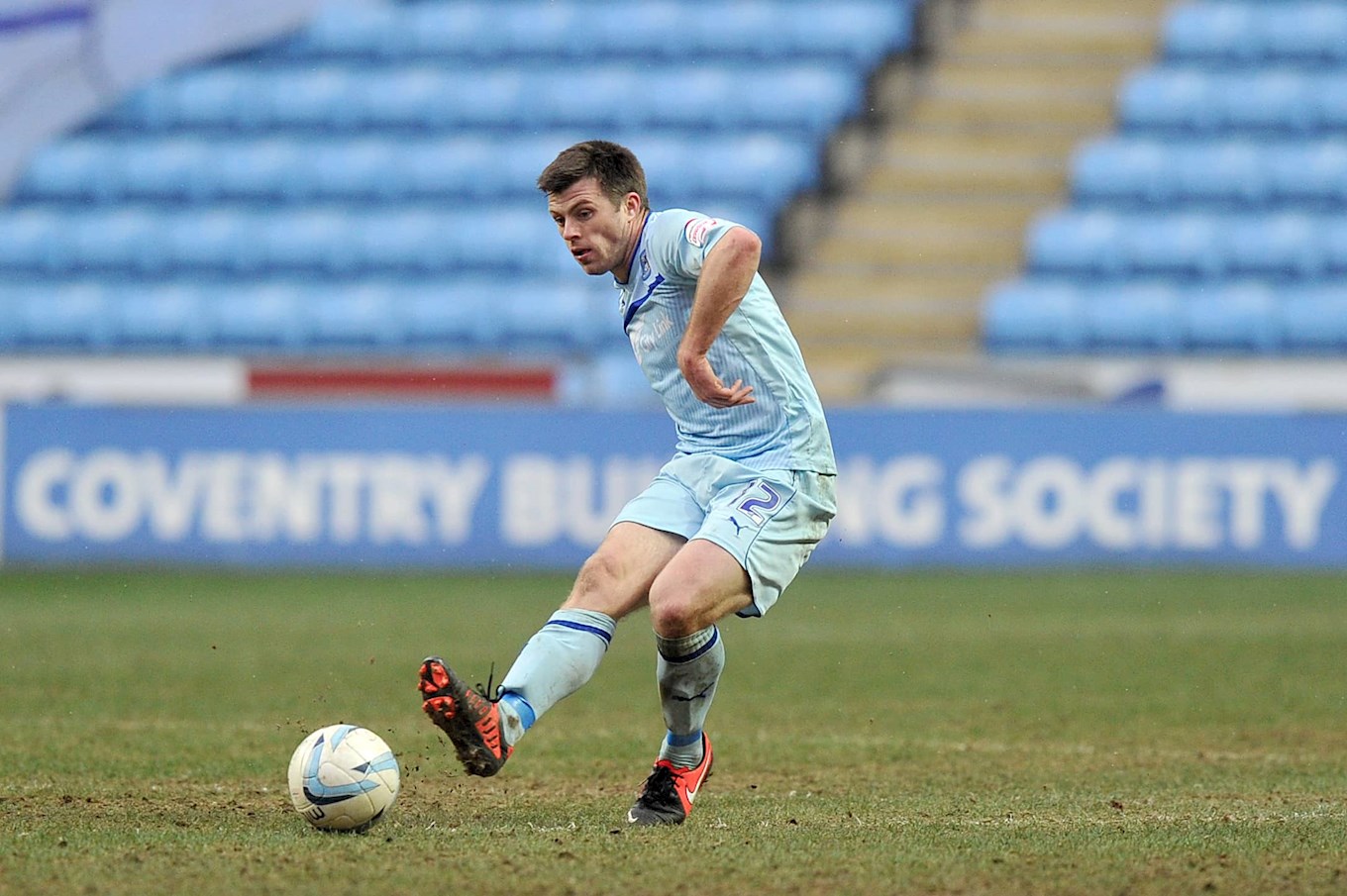 The tenacious midfielder is a Tranmere Rovers legend after appearing for the club over 250 times in three spells. After coming through the youth ranks at Prenton Park, he spent 7 years there before moving north of the border to Motherwell in the SPL.

He joined the Sky Blues in 2012, and made 49 appearances in all competitions under three managers as the Sky Blues finished 15th in their maiden season in League One.

He left the club the following summer after just 13 months at the Ricoh, and returned to Tranmere for a second spell. He currently pays his trade at National League side AFC Barrow. 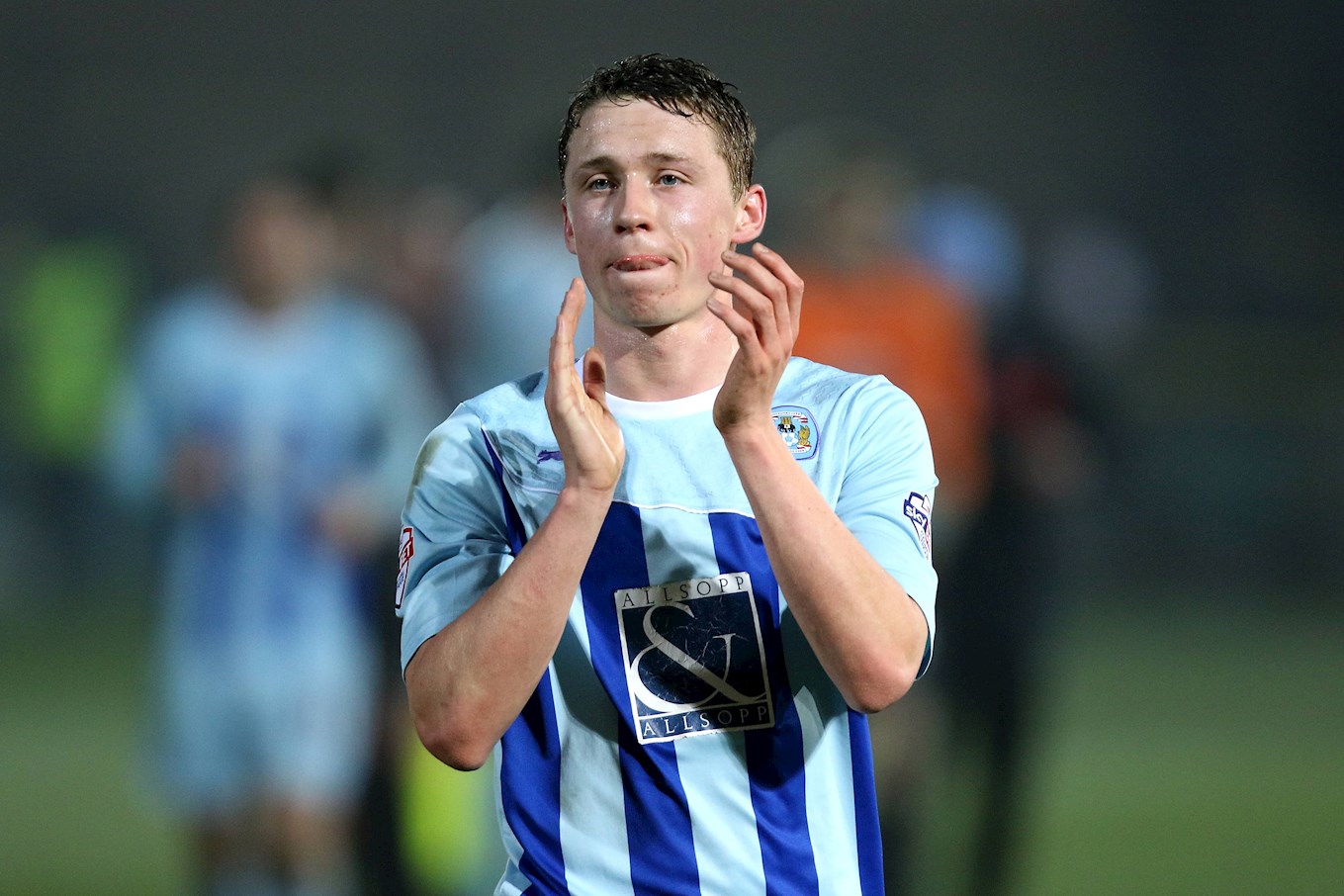 Despite signing professional terms at Everton in 2013, 25-year-old Pennington has only made 7 appearances for the Toffees.

The Warrington born centre back has been at the club since 11, and in his professional career has embarked on 6 separate loan spells. He made his professional debut for Tranmere Rovers in 2014, in a 1-1 draw with Wolves.

During his spell at the club, he made 17 appearances and impressed with some assured defensive displays. He did enough to convince Steven Pressley to take a punt on him and bring him to the Sky Blues temporarily in late November. From then, he was ever present in the City back line. 25 appearances in all competitions were made across the defence, as Coventry finished 17th in  League One 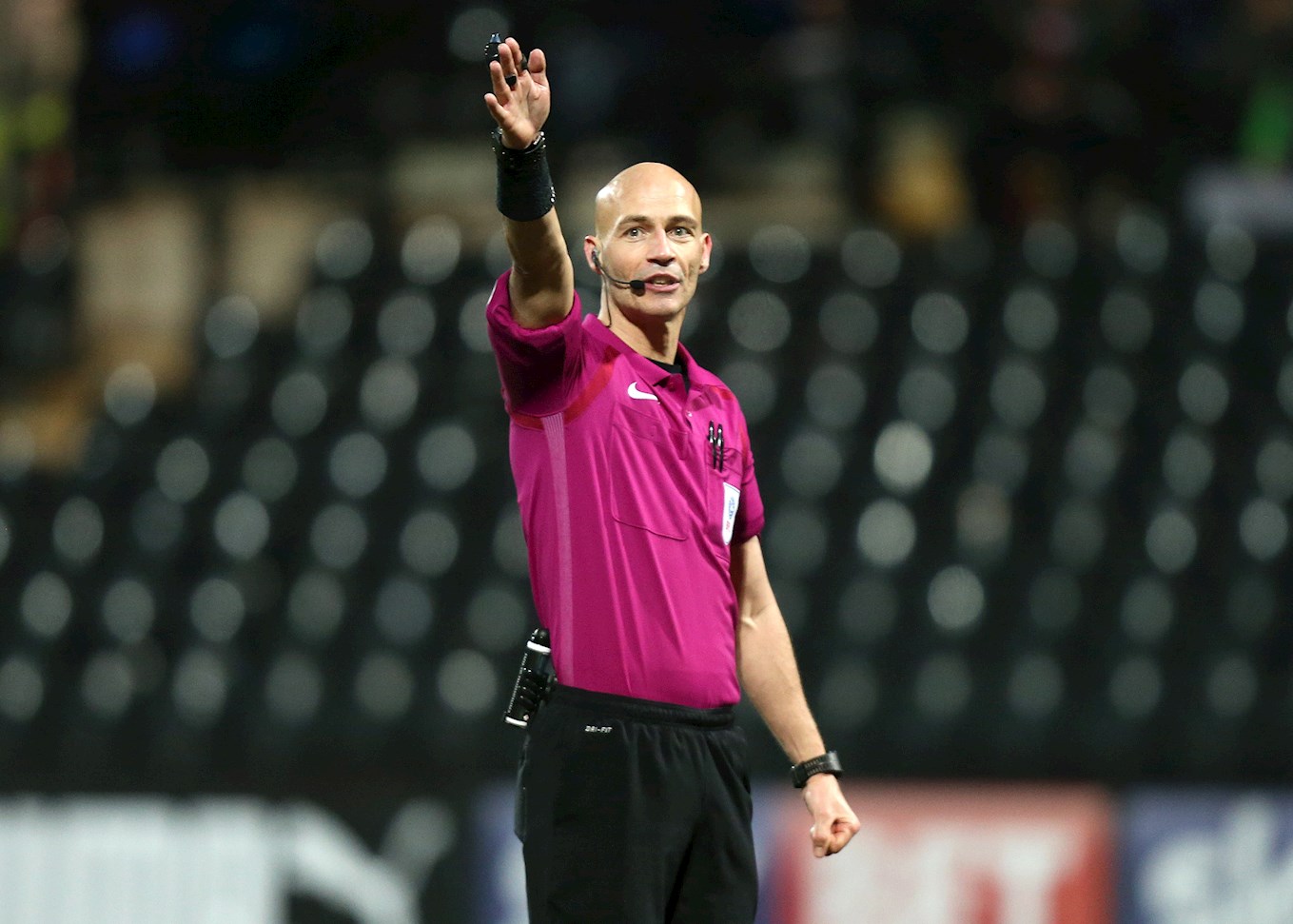 Darren Drysdale will be the man in the middle of the Sky Blues clash against Tranmere in Sky Bet League One.

So far this season Drysdale has officiated:

Drysdale has officiated in 12 games during the 2019/20 campaign giving a total of 46 yellow cards and one red card so far.

This will be Drysdale's first Sky Blues game of the season, with his last fixture coming in the 2-1 defeat away at Fratton Park against Portsmouth in 2019.

He will be assisted by Kevin Howick and Gary Maskell, whilst Leigh Doughty will be fourth official.

City suffered their first home defeat of the season with Corey Blackett-Taylor’s late goal proving the difference between the two sides.

Despite having the better of the game throughout the 90 minutes, Blackett-Taylor’s strike, against the run of play, handed Tranmere the three points with the visitors only shot on target.

City were wearing their new third kit for the first time this season with the strip commemorating the 40th anniversary of 2 Tone and the impact the music and movement had on society with the kit available to purchase from the club shop and online store.

The Sky Blues created the first chance of the match after just four minutes when Liam Walsh’s lofted through pass was met on the volley by Jordy Hiwula but could only find the roof of the net from six yards out.

The visitors then carved out a chance of their own, minutes later, with Darren Potter dragging an effort well wide of the target from the edge of the penalty area.

After a quiet opening half an hour, Hiwula was next to test the Tranmere goal when his low drive from 25-yards out was deflected past the post.

City then came within a whisker of taking the lead just before half time when Callum O’Hare’s deflected cross was inches away from the head of Matty Godden.

City continued to search for the opening goal five minutes into the second half when Godden fired a first-time effort over the crossbar after some tidy play from Zain Westbrooke.

Dabo continued to cause Tranmere problems down the right-hand side and produced another excellent cross that was once again met by the head of Godden with the ball sailing just wide of the left-hand post.

Godden was in the thick of the action again just a minute later when he was slipped through on goal by Jordan Shipley, with his low curling effort beating Scott Davies only to come back off the post.

The Sky Blues dominance continued just past the hour mark when Shipley this time played in Hiwula down the left-hand side of the penalty area with the forward flashing an effort wide of the post from close range.

Tranmere took the lead against the run of play on 83 minutes, when Blackett-Taylor finished into the right corner of the goal after running onto Kieron Morris’s flick on.

The visitors almost scored a second goal in the final minute of normal time with Stefan Payne firing wide from close range.

With the clock ticking, substitute Gervane Kastaneer tried his luck from distance but could only blaze his effort over the crossbar.