The Sky Blues take on Bristol Rovers in the third round of the Emirates FA Cup on Sunday. Here’s everything you need to know about our opponents.

Nickname: The Pirates; The Gas 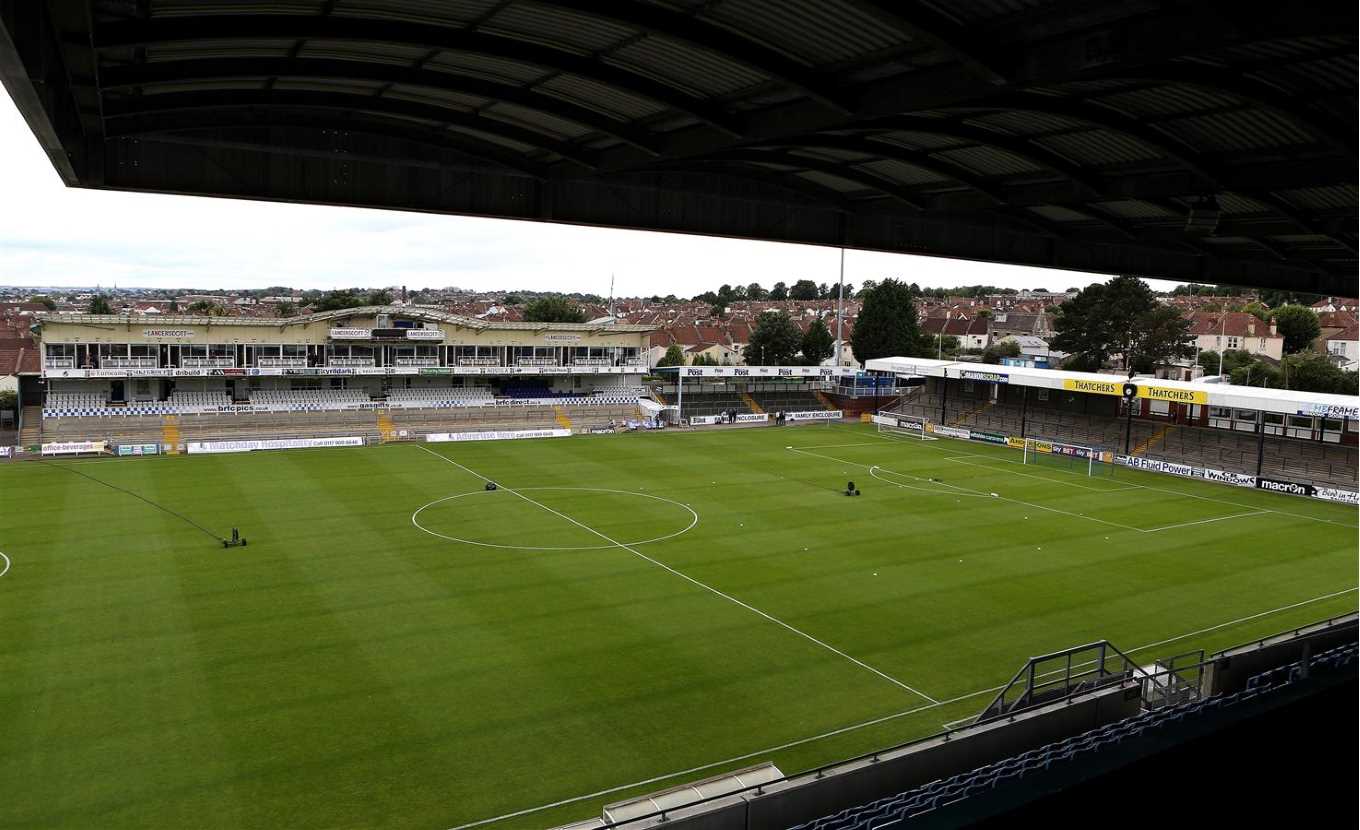 Bristol Rovers are currently outside of the play-off places in Sky Bet League One on goal difference and are four points and five places behind the Sky Blues in the table in eighth position.

They have been taken to replays in each of the first two rounds of the Emirates FA Cup overcoming both Bromley and Plymouth Argyle at the second attempt with both of their wins coming away from home.

Former City man Jonson Clarke-Harris scored their winner at Bromley, with Alex Rodman on target away at Plymouth. Rovers have since changed their manager however, with Ben Garner replacing Mansfield-bound Graham Coughlan a couple of days before Christmas. 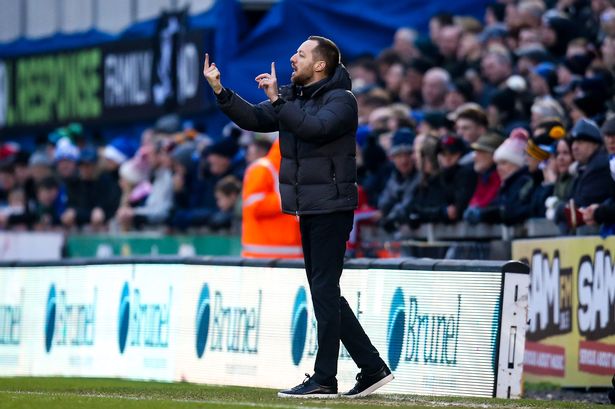 Promising young coach Ben Garner is in his first role as a manager, having taken over at Bristol Rovers on December 23rd.

Prior to taking charge at the Memorial Stadium Garner worked as a both a youth coach and first-team coach at Crystal Palace from 2005 to 2015 which included aiding the development of the likes of Aaron Wan-Bissaka and Wilfried Zaha.

He moved to West Bromwich Albion as first-team coach in October 2015, reuniting with former Eagles manager Tony Pulis and was promoted to assistant head coach the following season before departing in December 2017.

Garner enjoyed a short spell as assistant head coach at Indian Super League side ATK from January 2019, who were managed by the experienced Steve Coppell.

The 39-year-old has taken charge of Rovers three times since his appointment last month. He lost on his home debut to AFC Wimbledon on Boxing Day before securing a goalless draw at Fleetwood Town and then suffering a 3-0 defeat to Milton Keynes Dons. 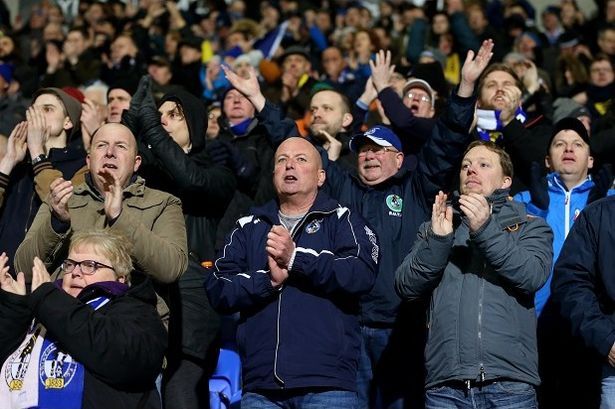 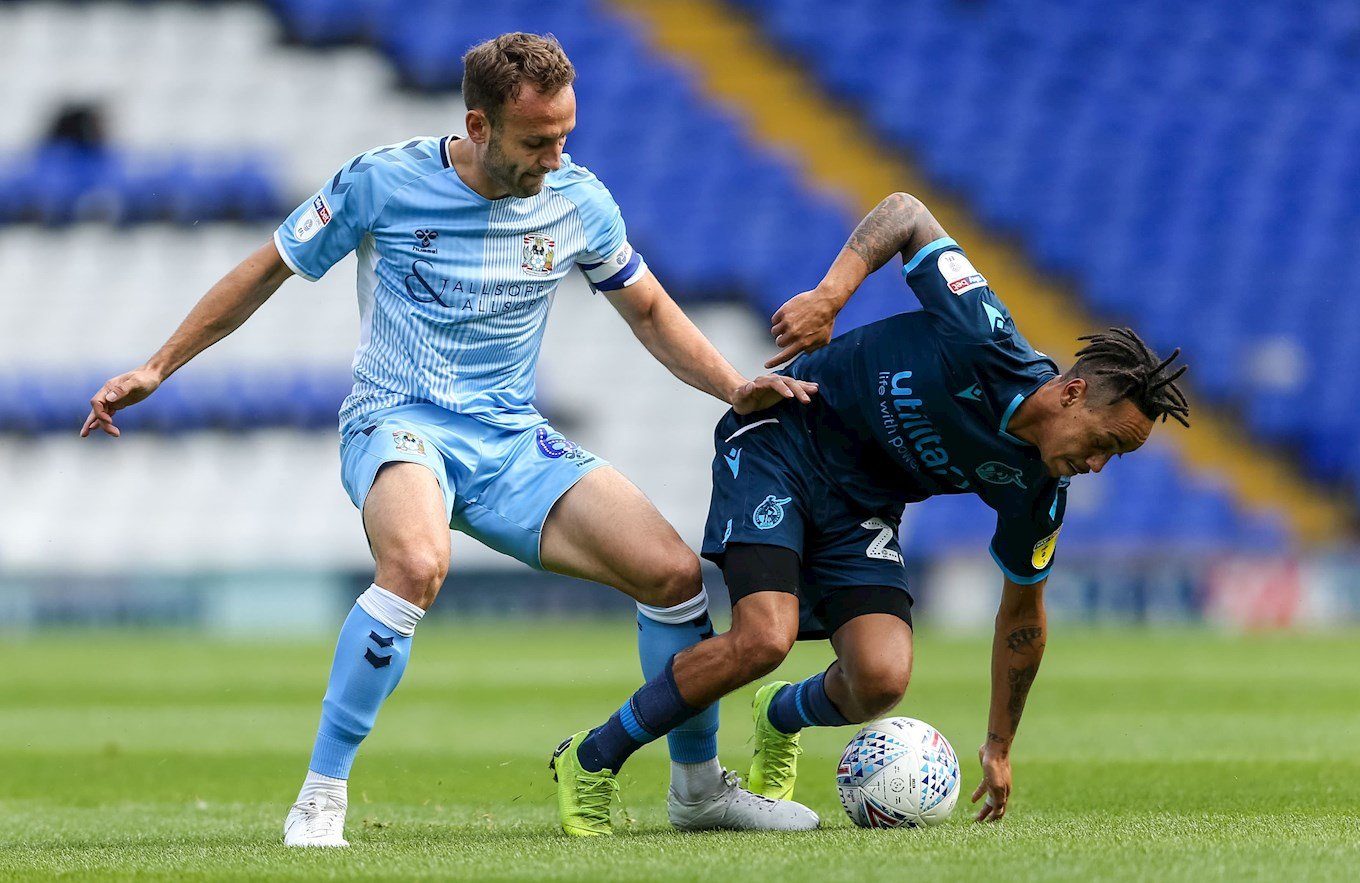 The two sides last met back in August with the Sky Blues recording a 2-0 win at a sun-drenched St Andrew’s.

The visitors spurned the first chance of the game when the ball broke kindly for Ollie Clarke, but the midfielder couldn’t keep his effort down as it spiralled over the crossbar.

City came within a whisker of taking the lead on 20 minutes when Matty Godden collected a pass from Brandon Mason before turning and firing a low effort against the post from 20-yards out, on his first league start for the club.

The Sky Blues then took the lead right on the stroke of half time when Wesley Jobello’s cross found Jordan Shipley who fired a terrific first-time effort into the bottom left corner on the half volley.

Rovers thought they’d scored an equaliser with 20 minutes left to play when they bundled the ball home from a corner only for the goal to be chalked off after an infringement in the penalty area.

City wrapped up the points in style when a wonderful team move down the right set-up substitute Gervane Kastaneer for a chance with the Curacao international lashing a first-time effort in off the post with his first touch of the match. 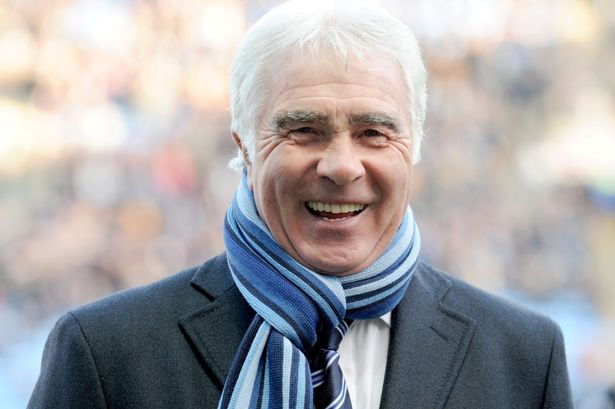 Coventry-born Bobby Gould played for both the Sky Blues and Bristol Rovers before later managing both sides on two occasions.

He began his career with City and helped the club win the Second Division title in 1966/67, scoring 40 goals in 82 appearances during his five-year spell with the Sky Blues which secured him a move to Arsenal.

After failing to become a regular fixture in the Arsenal side, Gould had season-long stints at both Wolverhampton Wanderers and West Brom, managing 18 goals for each side.

He next spent a season with Bristol City in 1972/73, scoring 15 goals in 35 appearances before returning to the capital with West Ham United who he helped win the FA Cup in 1975.

Gould rejoined Wolves in December 1975 and helped them win the Second Division title the following season before leaving the West Midlands club once again, this time signing for Bristol Rovers where he would take on a player-coach role.

He netted 12 goals in 36 appearances for Rovers in the 1977/78 season before taking up a coaching role at Norwegian side Aalesunds FK. He then finished his playing career with Hereford United the following season.

Gould began his managerial career with Rovers in 1981/82 and spent two seasons with the club, winning the Gloucestershire Cup twice during his first tenure at the Memorial Stadium.

He left Rovers to take up the manager’s role at City in May 1983 and enjoyed a memorable 4-0 win against domestic and European champions Liverpool before being sacked in December 1984.

The 73-year-old returned to Bristol Rovers following his dismissal by City and led the club from 1985 to 1987 in Division Three before becoming the manager of First Division side Wimbledon.

Gould famously led his unfancied Dons side to a 1-0 win against Liverpool in the 1988 FA Cup final at Wembley, his crowning moment as a manager and spent three seasons with the club.

He returned to the dugout with West Brom in February 1991 but couldn’t prevent the Baggies from suffering relegation to the Third Division before narrowly missing out on the play-offs the following season.

A return to the Sky Blues for a second stint as manager would follow and made an impressive start to life back at the club, sitting as high as fourth in the Premiership in late January 1993 before eventually finishing 15th.

He once again masterminded a big win against Liverpool, defeating the Reds 5-1 as well as claiming an impressive 3-0 win against Arsenal at Highbury before resigning in October 1993.

Gould turned to international management next, managing Wales for four years but left his position after failing to qualify for the 1998 FIFA World Cup during a tumultuous spell with the Dragons.

Short stints with Cardiff City and Cheltenham Town brought an end to Gould’s lengthy career in the game, having last managed Cheltenham in the 2003/04 season. 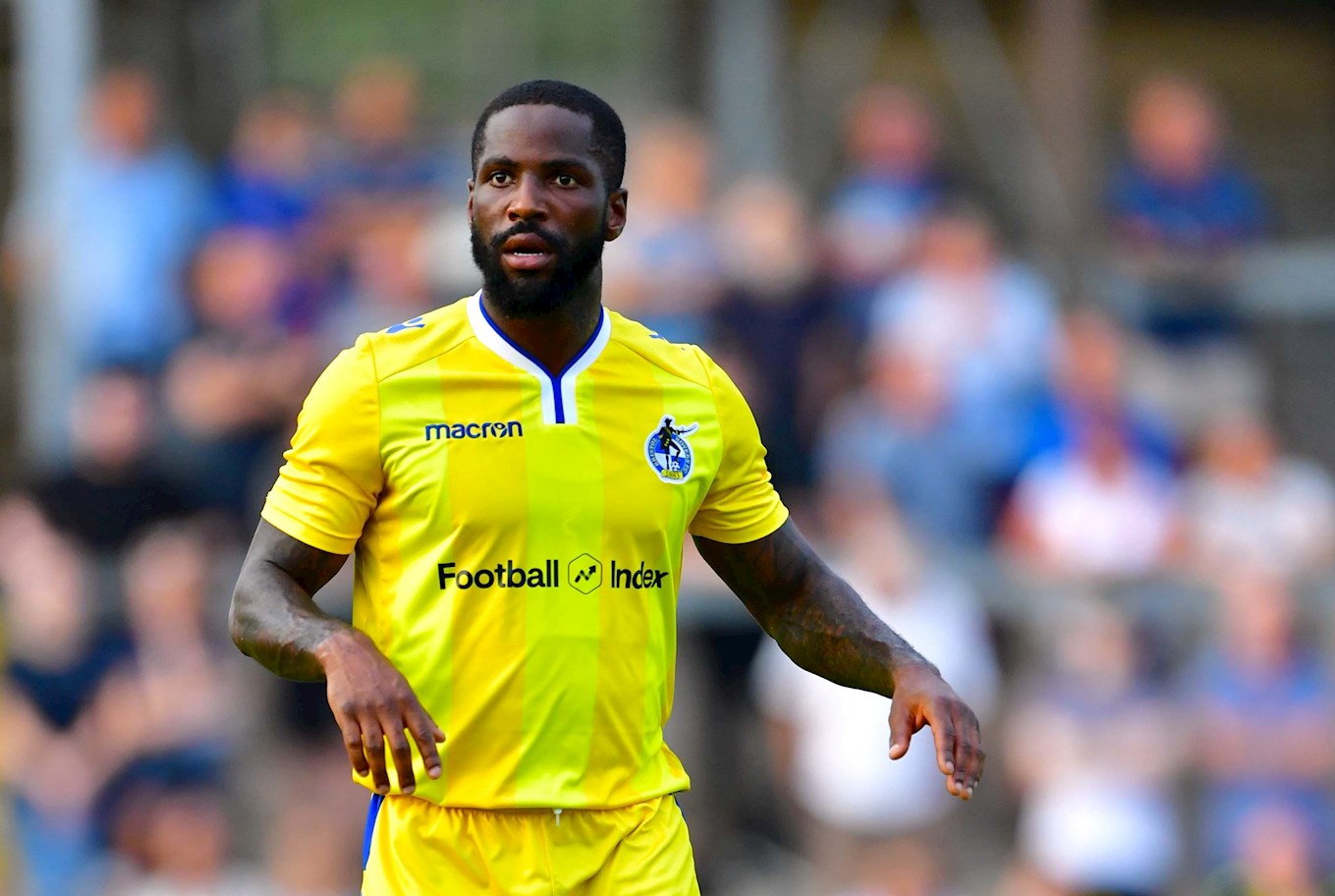 Former Arsenal youth player Abu Ogogo is currently on the books of Bristol Rovers having signed for the Gas from the Sky Blues in January 2019.

Ogogo signed for Shrewsbury Town in June 2015 and won both the Players’ Player of the Year and Player of the Year awards at the end of the 2015/16 season. He then helped the club reach the League One play-off final in 2017/18 falling short to Rotherham United after extra-time.

After scoring four goals in 103 appearances for the Shrews he joined City in June 2018. The midfielder made 14 appearances for City, having struggled for fitness during his spell with the Sky Blues, before being sold to Bristol Rovers in January 2019.

He has gone on to make 41 appearances for the club scoring three goals, scoring in wins against AFC Wimbledon, former club Shrewsbury and Southend United this season. 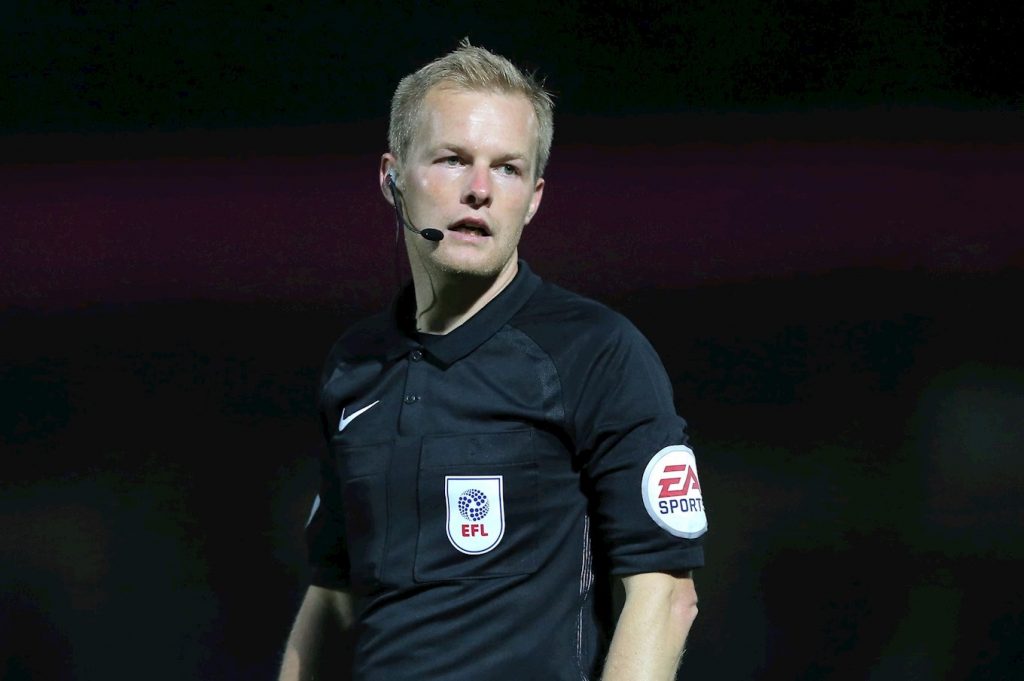 Gavin Ward will be the man in the middle on Sunday afternoon, taking charge of his 18th game of the season.

He has officiated in 15 Championship matches, as well as one Sky Bet League One fixture and one Carabao Cup clash meaning Sunday’s game will be his first Emirates FA Cup tie of the season.

In the 17 matches he has officiated in this season, Ward has so far produced 52 yellow cards and three red cards.

This is the second time that Ward has officiated the Sky Blues this season, having also taken charge of City’s Carabao Cup tie against Watford back in August.

He will be assisted by Robert Dabbs and Samuel Ogles with Alan Young acting as fourth official.