As Coventry look to continue their unbeaten start to the season, we look at the next team standing in their way; Bristol Rovers. 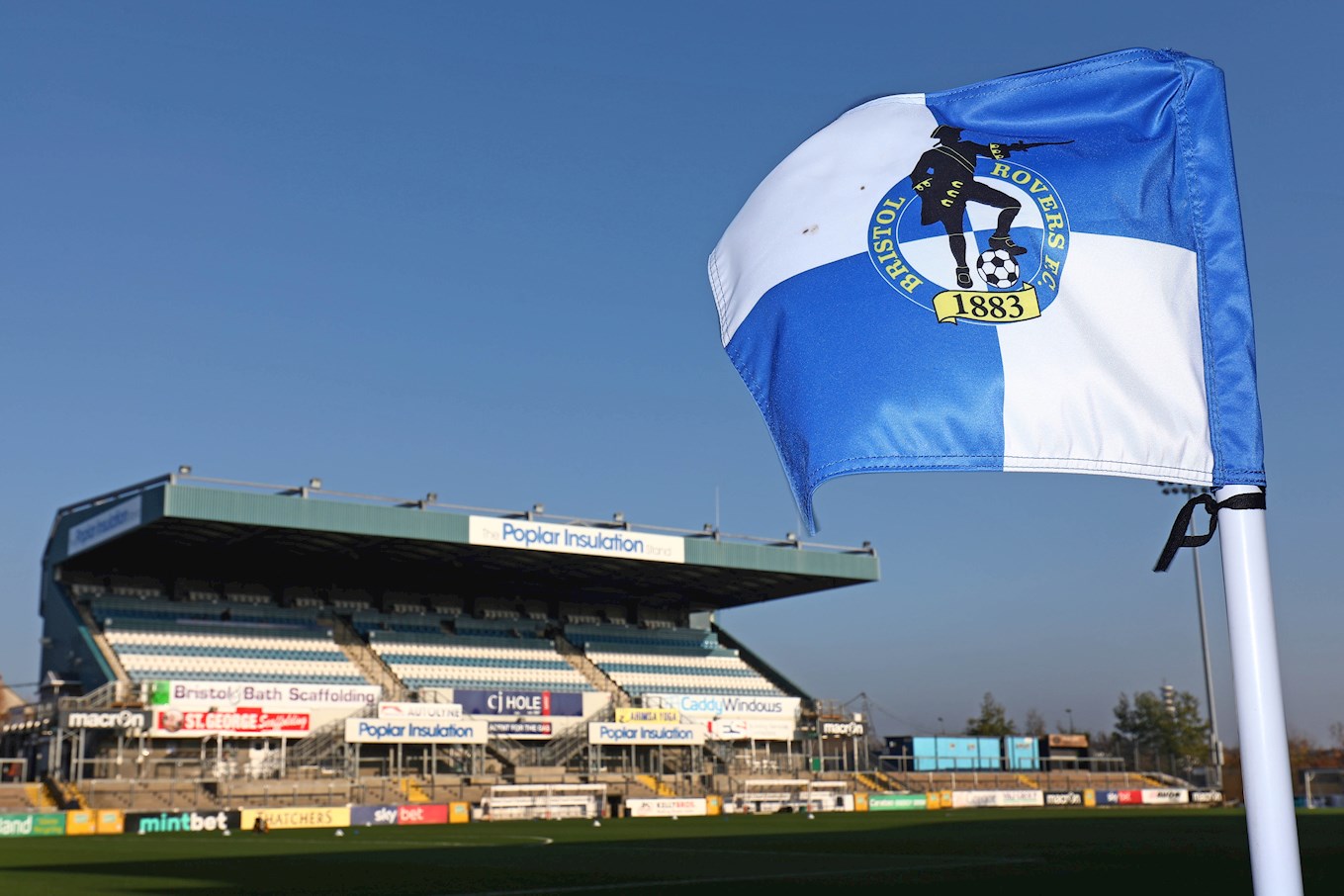 Rovers come to St. Andrew’s off the back of a comfortable 3-0 victory over League Two side Cheltenham Town but will be looking for their first win of the season.

The Gas currently sit 17th in the league with a solitary point and also looking for their first league goal after a goalless draw against Wycombe Wanderers and 2-0 defeat to Blackpool.

Bristol, who finished 15th last season, will be looking to star man Jonson Clarke-Harris who returns from an injury which ruled him out of the opening day.

Clarke-Harris attracted Championship interest this summer but stayed at Rovers, hoping to add to his impressive 11 goals in 16 games. He managed to get on the scoresheet on Tuesday on his first start since injury. 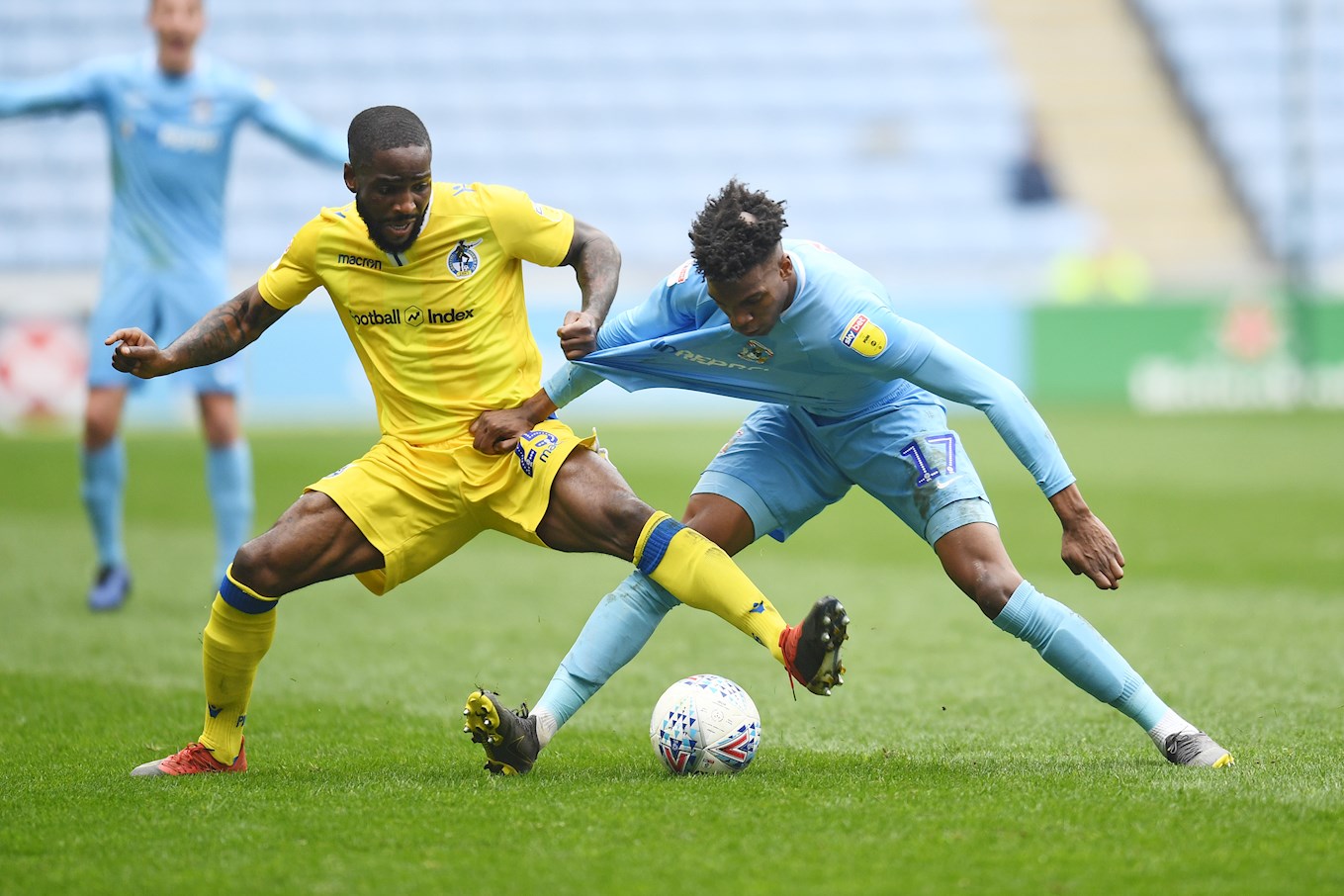 Coventry were held to a goalless draw in their play-off hunt last season against Rovers when Coughlan’s side travelled to the Ricoh Arena.

The Sky Blues were unfortunate not to score, with Bristol Rovers goalkeeper Jack Bonham winning Man of the Match award. 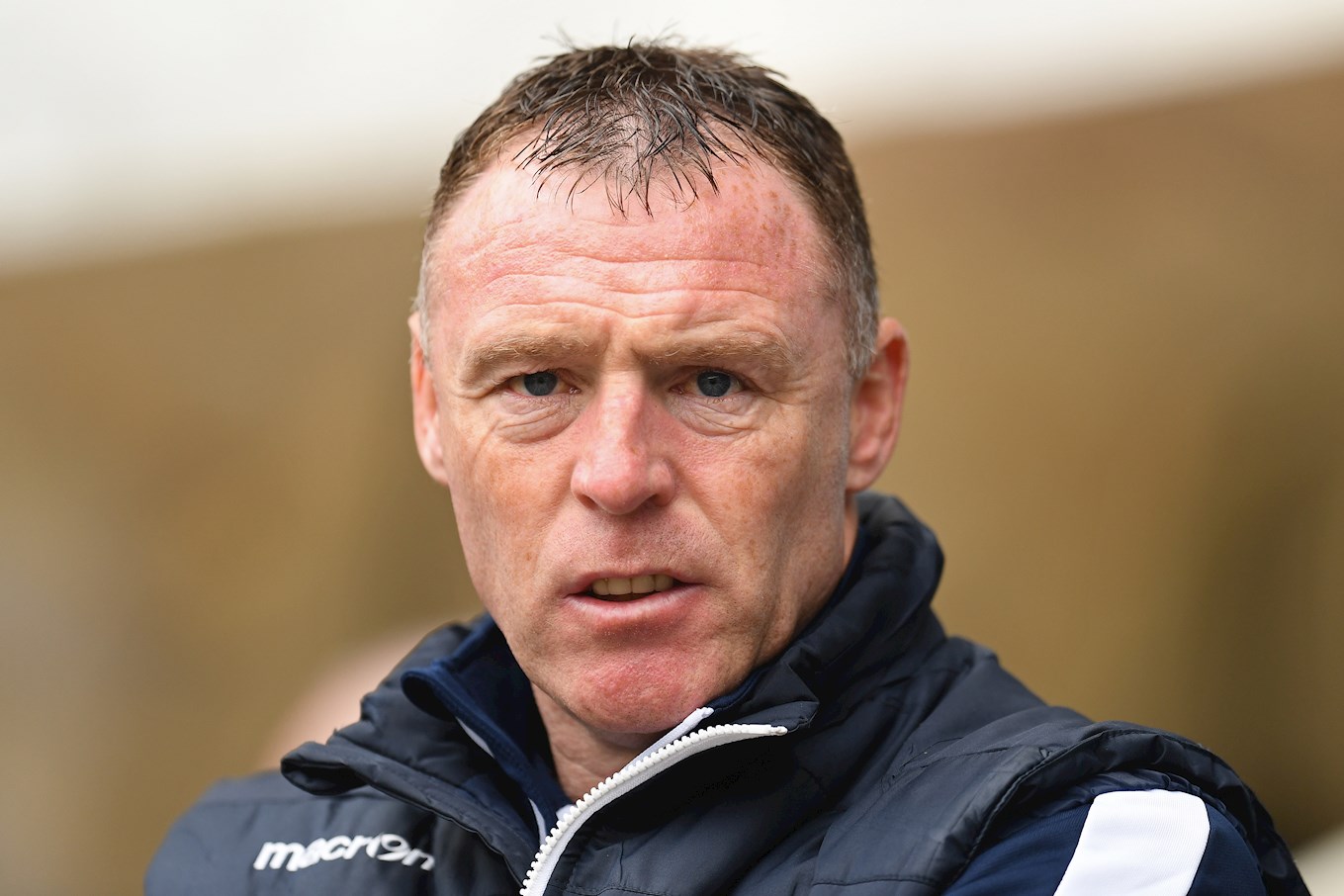 After a playing career spanning 18 years and three countries, Graham Coughlan began his managerial career at Bristol Rovers in January.

Rovers were in the relegation mire when he took over, but finally finished in a respectable 15th come the end of the campaign.

Signing Jonson Clarke-Harris in January turned out to be a masterstroke for Rovers, as his eleven goas in sixteen games helped in their fight for survival.

New summer arrivals, Mark Little, Tom Davies and Luke Leahy this summer will help to shore up a defense that conceded in 31 out of 46 games last season.

The Irishman will be pleased at the turnaround in form after his arrival. He took over with the club in 23rd; a rise of 8 places is something not to be sniffed at from a new manager. 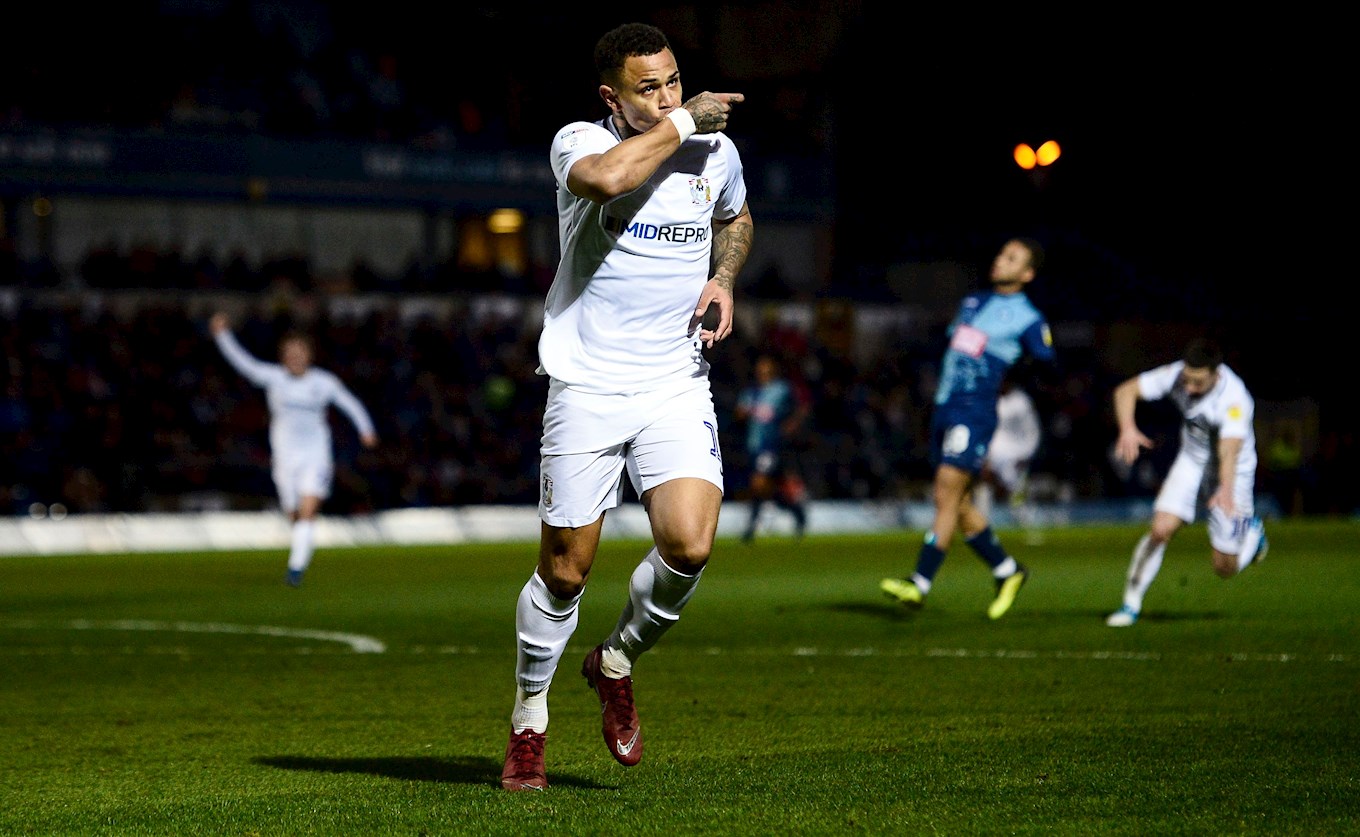 Clarke-Harris is currently Bristol Rovers star man after moving from Coventry City in January, where he scored 10 goals in 50 games for the City.

12 goals in 17 games have followed since he joined the Gas and the striker is currently available for selection after making his return from injury.

Clarke-Harris made his name at Coventry back in 2010, becoming the club’s youngest ever player at just 16 years and 20 days.

After leaving for pastures new in 2012, he returned home from Rotherham United in 2018; first on loan, then on a permanent deal. 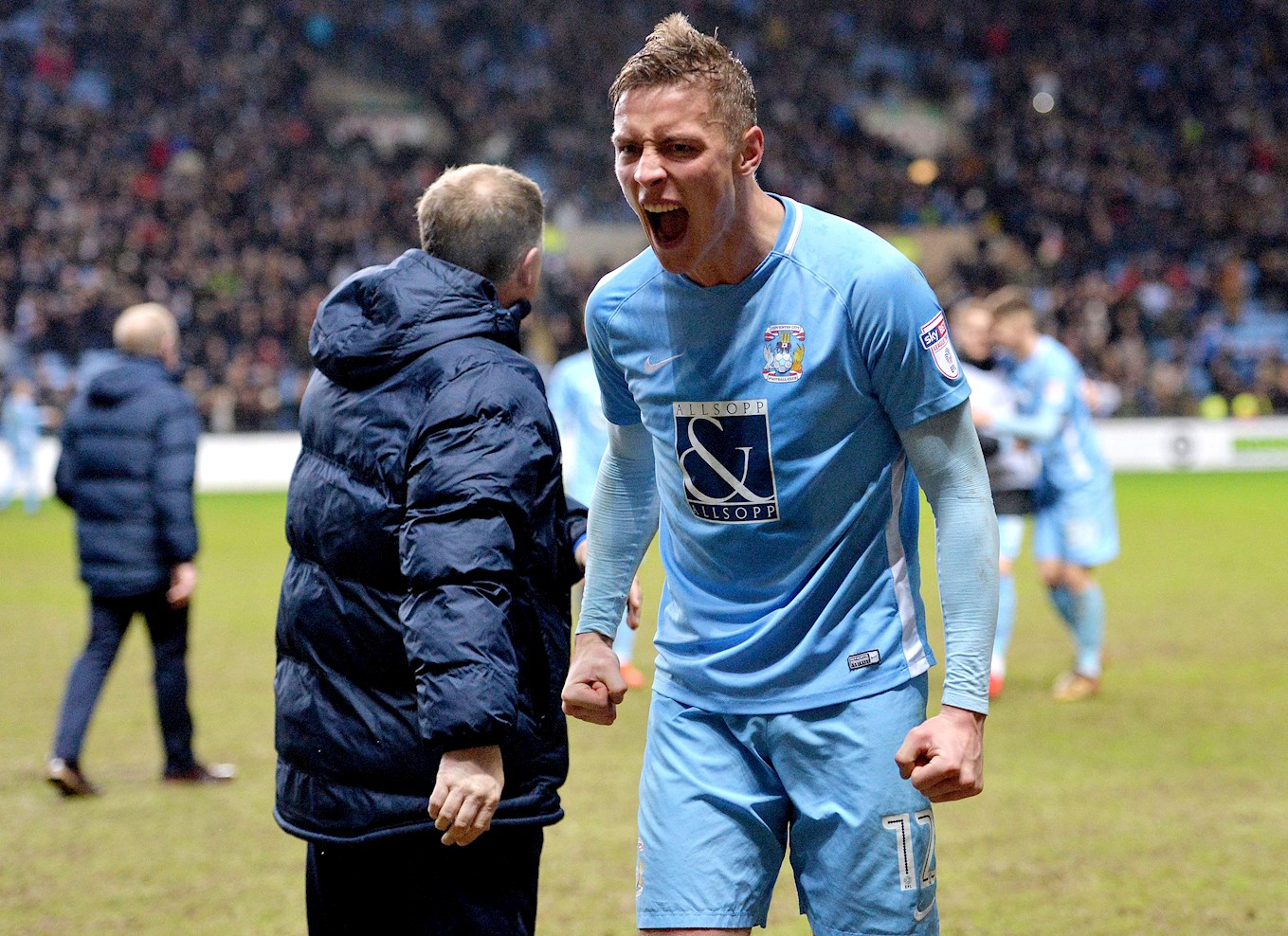 Centre back Tom Davies joined Coventry City in 2017 from Portsmouth on a free transfer, helping the Sky Blues secure promotion to League One.

The Warrington-born player began his career at Manchester United as a youngster, Davies took the long route to professional football.

He had spells at FC United of Manchester, Alfreton Town, Lincoln City and Southport before making his break at Accrington Stanley.

The defender joined the Gas during the most recent summer transfer window, signing a two-year-deal at the Memorial Stadium. 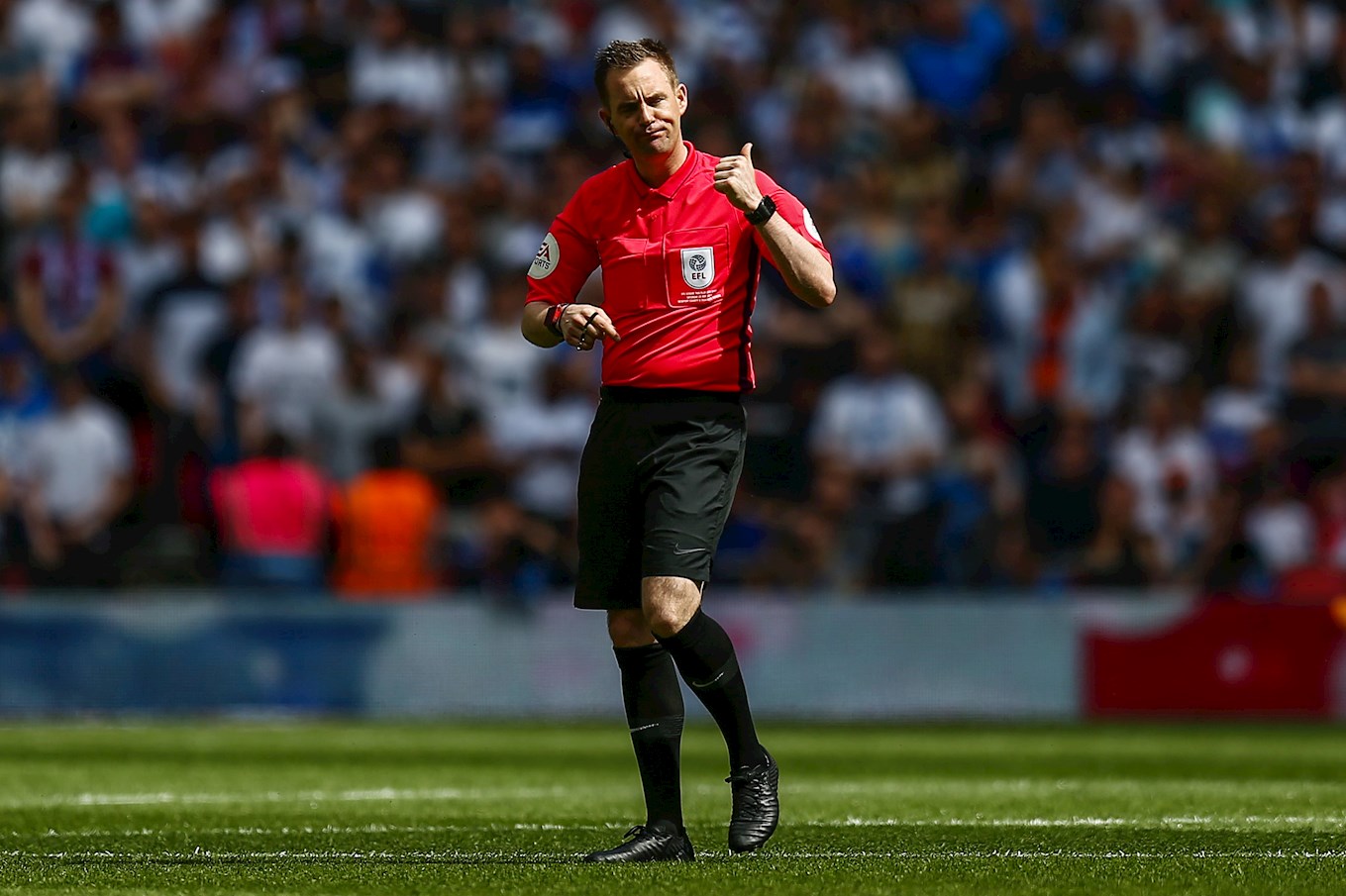 Ross Joyce will be the man in the middle of the Sky Blues clash against the Gas in Sky Bet League One action at St Andrew's.

Having officiated in 2 games so far during the 2019/20 campaign, Ross has given a total of 8 yellow cards and one red card.

It will be the first time that Joyce has officiated a game involving Coventry City this season, with his most recent fixture he took charge of coming Sky Blues 1-1 draw with Luton Town.

He will be assisted by Ian Dudley and Thomas Harty, while Samuel Barrott will act as fourth official.