Here’s everything you need to know about our opponents, Bolton Wanderers, ahead of the first away game of the Sky Bet League One season this Saturday. 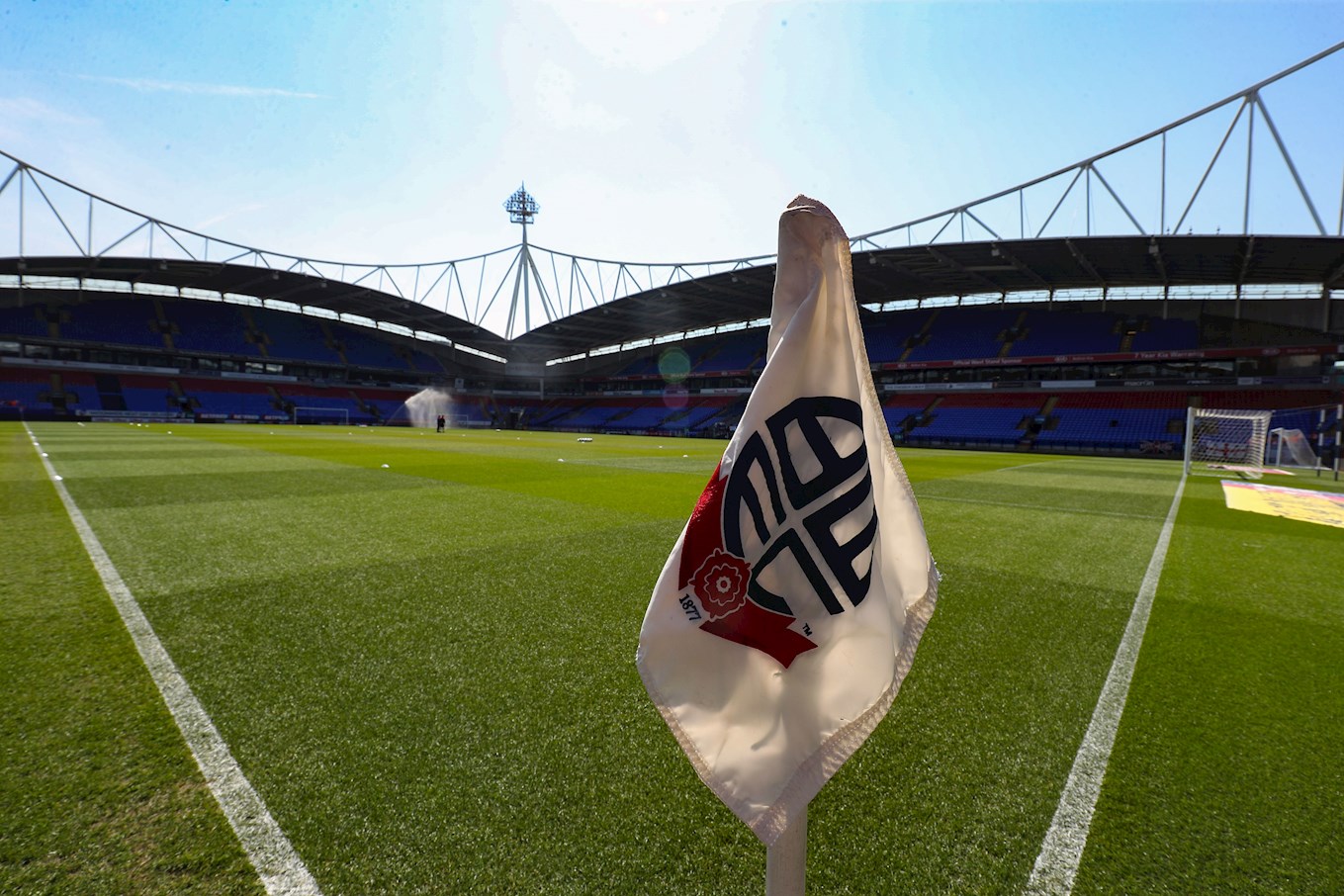 As one of last years relegated Championship teams, Bolton Wanderers are tasked with the impossible; return to the second tier despite a 12-point deduction.

They’ve not had the easiest of summers having been in administration for much of the last three months.

Players have resigned and left on free transfers, no players have joined the club and they played a number of their U23 players in their first fixture this season against Wycombe.

However, they still have a couple of Championship standard players to call on. Their central midfield three is particularly strong; Erhan Otzumer, Luke Murphy and Jason Lowe have been chased by a number of Championship clubs but have stay loyal to the Trotters.

A couple of the youngsters caught the eye last week; Yoan Zouma, brother of Chelsea centre back Kurt, was imposing at the back on his first senior appearance for the club. Joe White, Liam Edwards and Harry Brockbank completed a very young back line which held firm until just before the hour mark. 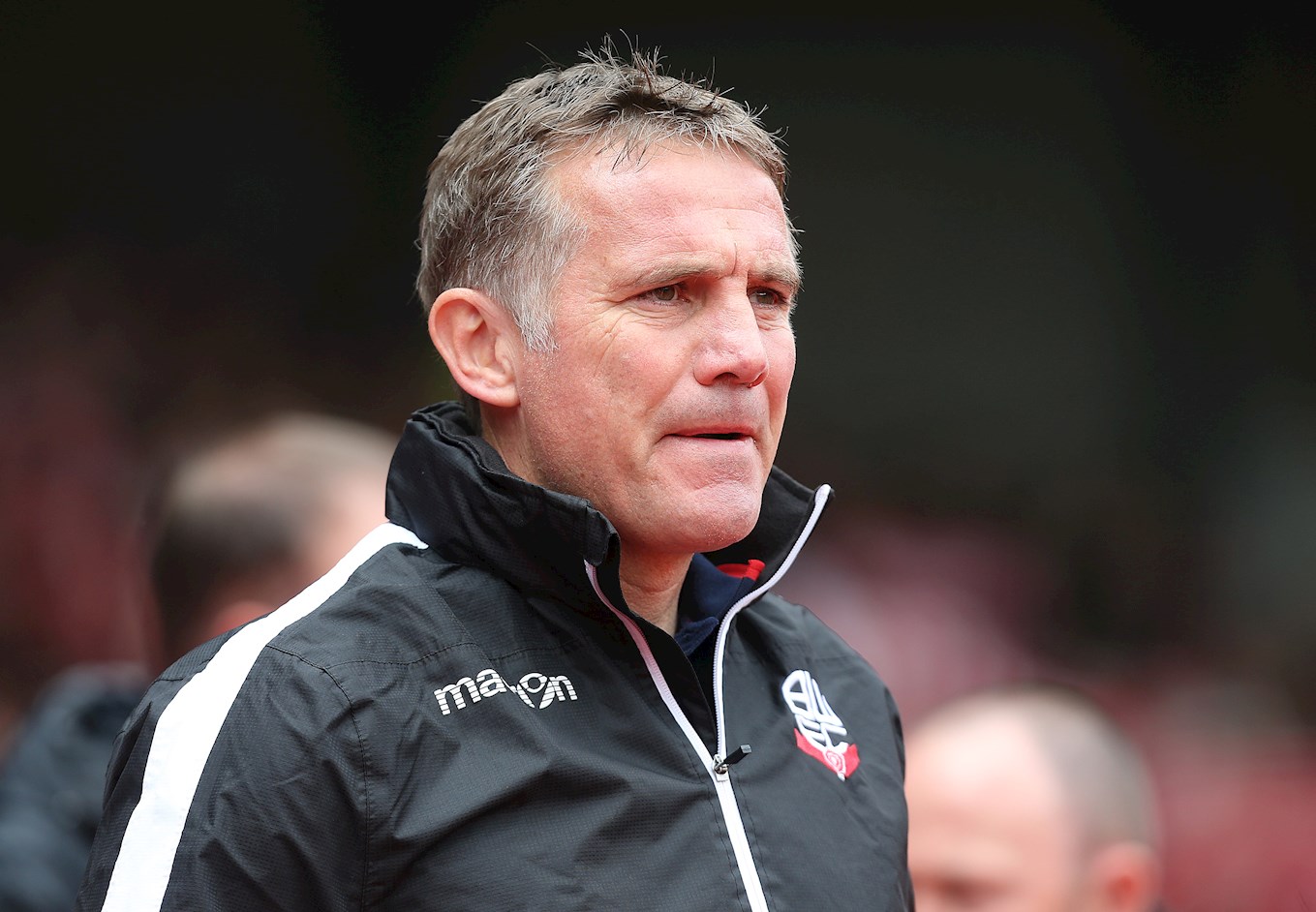 Former Reading midfielder Phil Parkinson has been manager of Bolton Wanderers for three seasons, overseeing the Trotters promotion in 2016/17.

His best moment as Bolton manager, however, came courtesy of an Aaron Wilbraham winner to keep the club in the Championship on the final day of the 2017/18 season.

The former Bradford City manager has had a tougher time of it in recent years; relegation in the next season followed, and this season he begins a seriously uphill battle to prevent a second drop in two years.

As well as Bolton and Bradford, he has managed Colchester United, Hull City and Charlton Athletic. 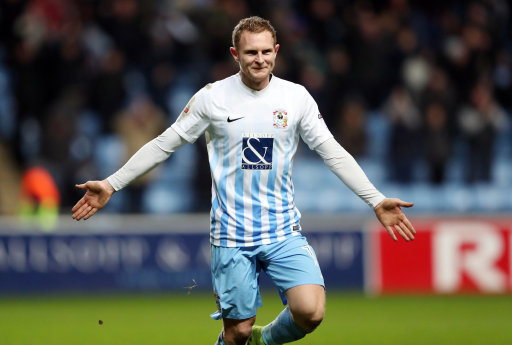 The two sides had avoided each other since 1998 before meeting three seasons ago.

The two sides me in Sky Bet League One at the University of Bolton Stadium first time round, with the Trotters coming away with a 1-0 win.

In the reverse fixture back at the turn of the New Year in 2017 the Sky Blues and Bolton played out a draw at the Ricoh Arena in January 2017, with goals coming from Marcus Tudgay and Stuart Beavon either side of half time.

Unfortunately, the Sky Blues were pegged back in stoppage time by former Wanderers striker Max Clayton, to help them on their way to promotion that season. 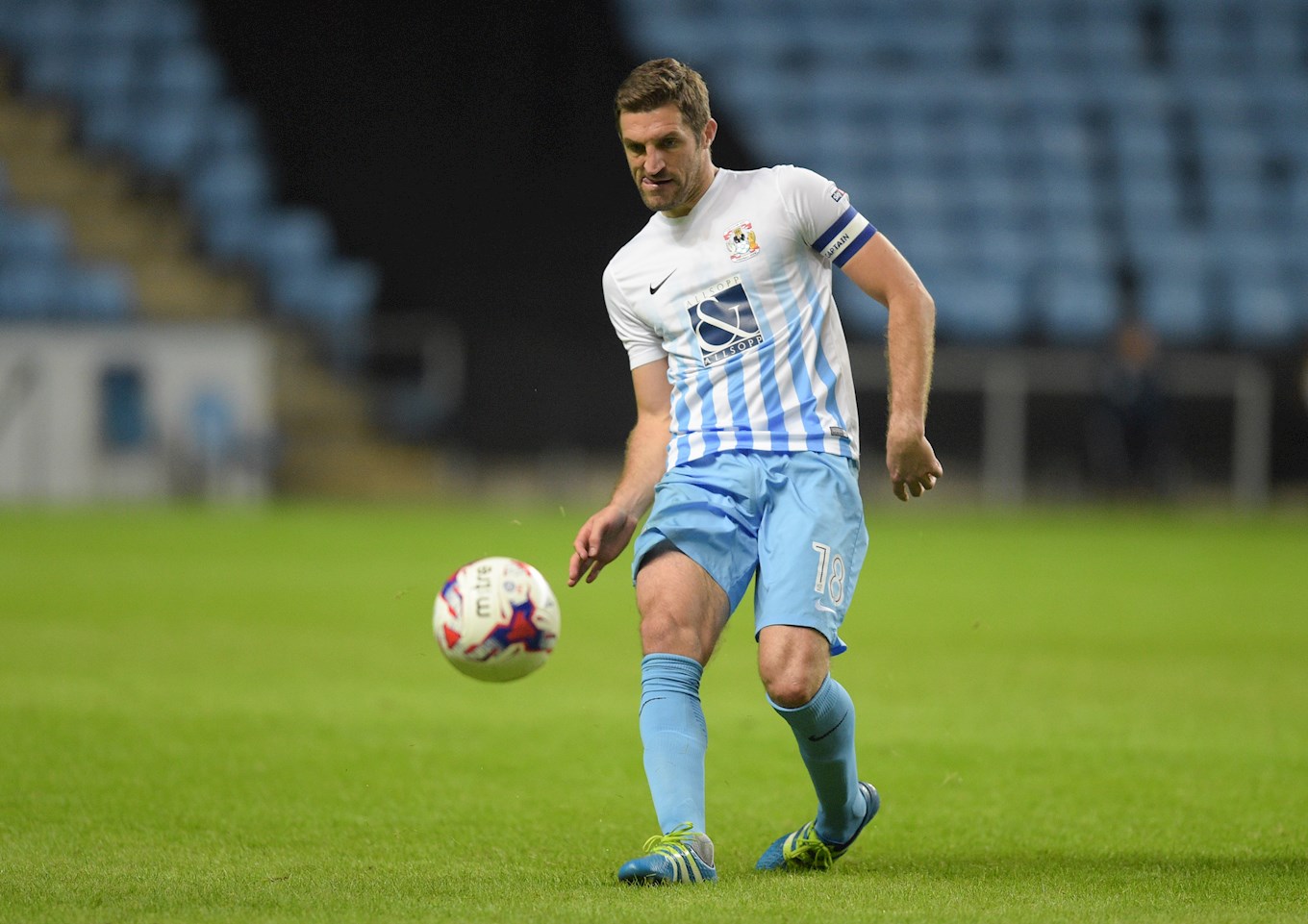 He played in the Premier League for Bolton Wanderers, and was at the club between 2009 and 2013, where he was a fairly regular fixture at the club when fit, but struggled with injuries throughout his four year stay at the club.

However, he still managed to make 113 appearances for the Trotters, before joining Wolves from Bolton and then moving to the Sky Blues.

After a successful first season at Coventry, during which the club were unfortunate to miss out on the League One play offs, he suffered a serious knee injury at the beginning of his second season, forcing him to retire. 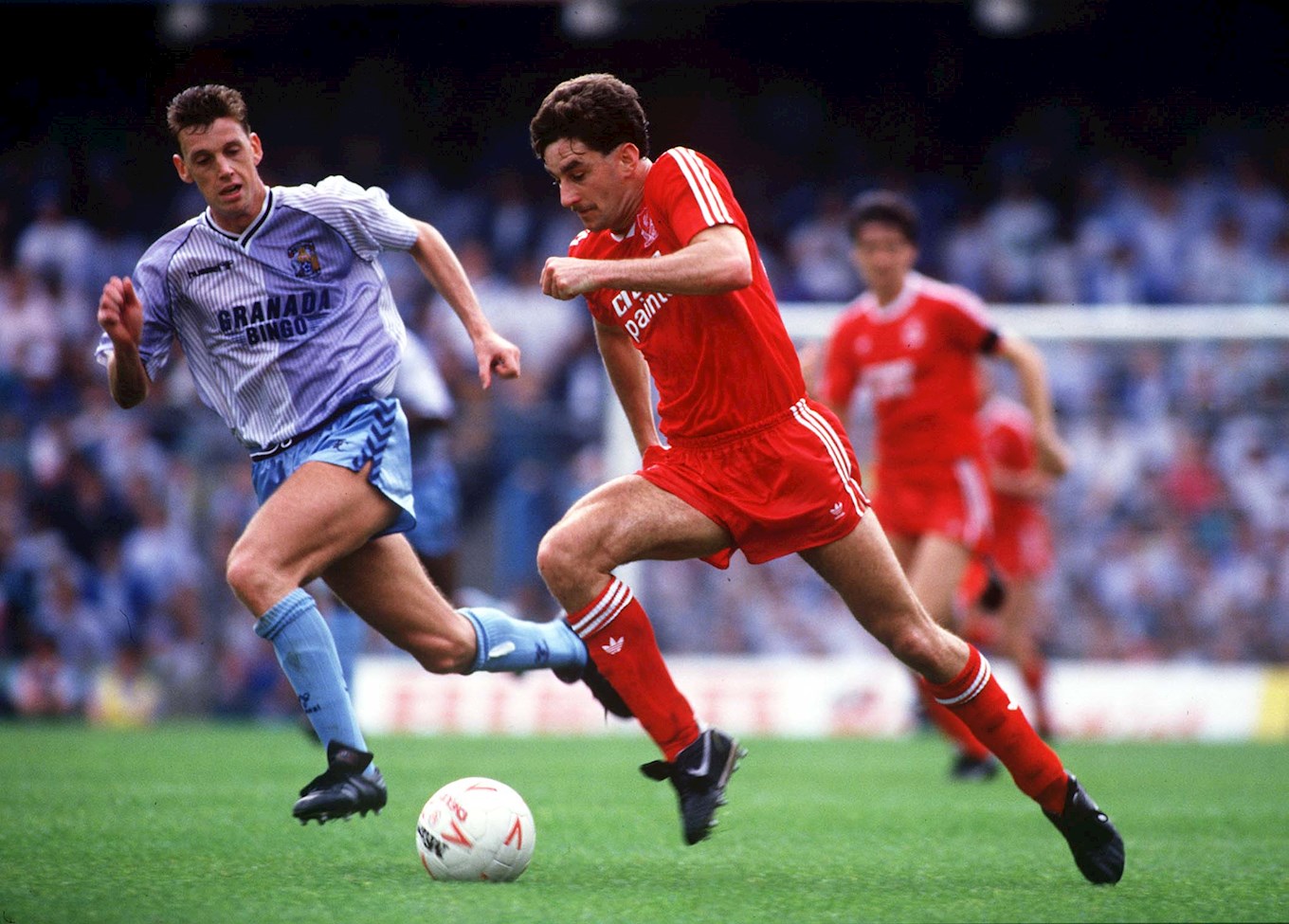 Full back Brian Borrows is widely regarded a Coventry City legend, playing for the club for 12 years and becoming part of the FA Cup winning squad in 1987.

The Sky Blues actually signed the Liverpool-born defender from Bolton Wanderers, after he made 95 appearances for the Lancashire club.

Whilst in the Midlands, he missed just 20 games - but one of these was famously the FA Cup final in 1987, after twisting his knee in training beforehand.

Making 474 appearances in all competitions, he also won Coventry City Player of the Year in the 1989/90 season. 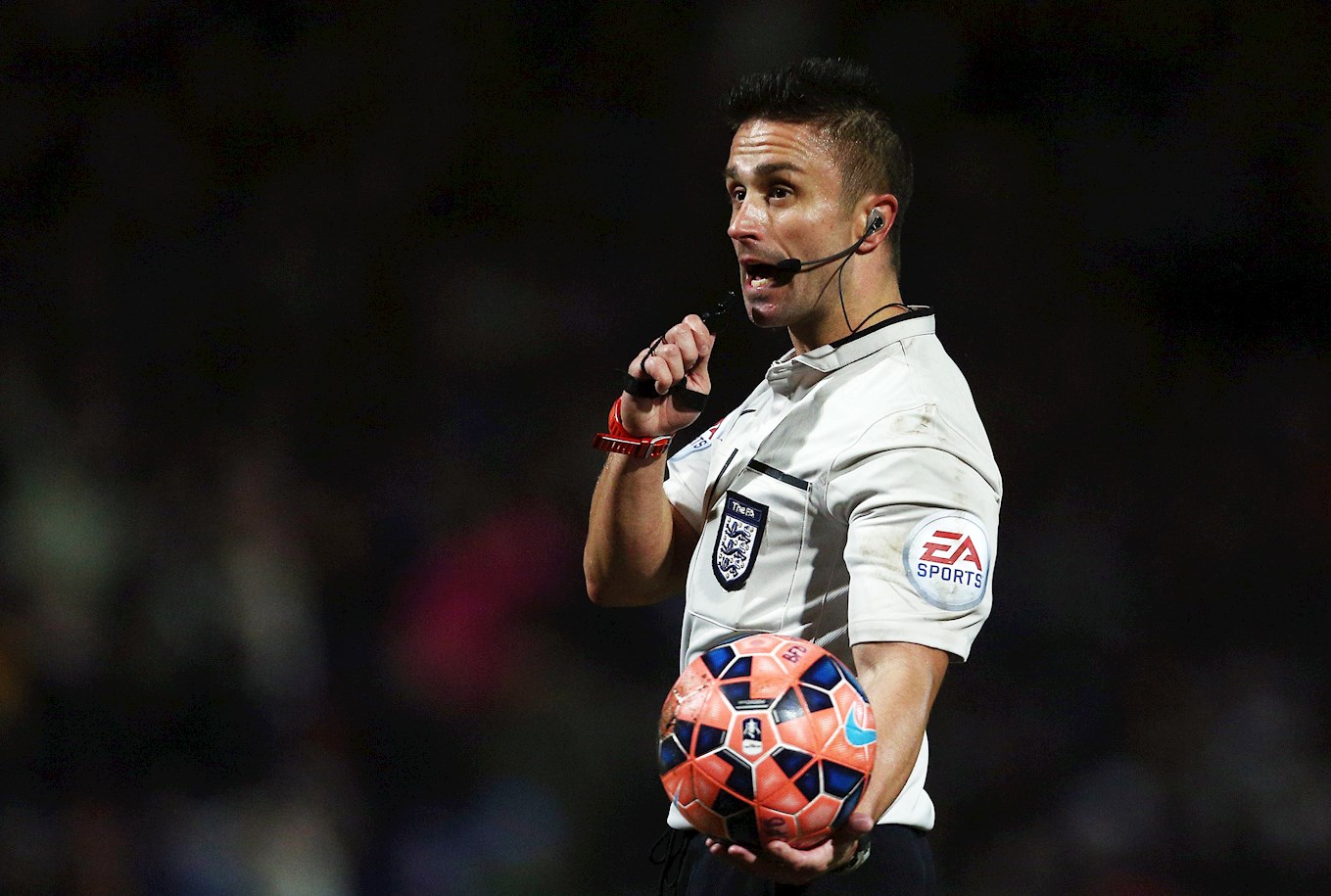 James Adcock will be the man in the middle of the Sky Blues first away trip of the season against the Trotters.

Adcock has officiated just two games in the last two seasons after suffering through injuries during the last two campaigns.

It will be the first time that Adcock has refereed a City game since the 2-0 win in the EFL Trophy fixture against Plymouth Argyle at the Ricoh Arena in 2014.

He will be assisted by Jonathan Hunt and Richard Wild, while Robert Lewis will act as fourth official.

Home or Away Kit?

The Sky Blues had planned to give the away strip it's debut tomorrow at the University of Bolton Stadium - but instead we'll be wearing the Sky Blue home shirt.

The Sky Blues were held to a goalless draw on a wet and blustery afternoon at the University of Bolton Stadium.

The first opening of the game came on three minutes when Wesley Jobello made a driving run in-field before finding Jordan Shipley who drilled an effort wide from 20 yards out.

The home side had their first shot of the afternoon on 10 minutes when Dennis Politic’s long-range effort failed to trouble Marko Marosi in the Sky Blues goal.

A clever flick from Shipley then found Brandon Mason in space with 20 minutes on the clock as the full-back hit a low effort inches wide of the post from the edge of the penalty area.

The Sky Blues had a goal disallowed on 29 minutes after Jobello thought he had tapped the ball home at the back post, following an excellent team move, only for it to be ruled for offside following a lengthy discussion between the referee and linesman.

Marosi then made a superb save, low down to his right hand-side, to deny Callum King-Harmes the opening goal.

A cleverly worked corner from Zain Westbrooke found Shipley in space inside the penalty area who saw his fierce effort pushed over the bar by Bolton keeper Matthew Alexander.

Captain Liam Kelly almost broke the deadlock minutes before half-time but saw effort from 10 yards out, on the slide, pushed away by Alexander.

Less than a minute later Amadou Bakayoko saw his goal bound effort blocked, after getting in behind the Bolton defence, to send the teams in level at the interval.

The Sky Blues continued to dominate early in the second half, when Jobello took an excellent first touch before shooting over the crossbar on 51 minutes.

A second City effort was ruled out on 53 minutes after Bakayoko had scrambled the ball home from close range with the officials once again consulting before ruling the goal out for offside.

After having two quickfire penalty appeals waved away by referee James Adcock, manager Mark Robins made a double change on the hour mark, handing a debut to Matt Godden as well as introducing Max Biamou from the substitutes bench.

Debutant Godden almost made an immediate impact but was unable to hook Shipley’s cross to the back post into the net.

Fellow substitute Biamou was next to test the Bolton goal with Alexander equal to his free-kick attempt from 25 yards out.

After a good spell of pressure in the Bolton half, Shipley shot wide of the goal with 15 minutes remaining before Westbrooke saw another effort blocked.

When City were presented with another free-kick opportunity, Shipley shot powerfully over the bar before Godden latched onto a long ball over the top from Marosi but poked an effort just wide of the post.

With six minutes left to play, Jobello powered another effort at goal after darting into the penalty area but was once again denied by Alexander.

Moments later Alexander once again kept the scores level after Kyle McFadzean’s long ball up-field was nodded down into the path of Kelly, by Godden, who placed an effort straight at the Bolton stopper.

Marosi saved a tame header from Eddie Brown in the final minute of the game before Biamou saw an effort blocked deep into injury-time.

The linesman deemed Biamou to be offside with virtually the final kick of the game when he finished past Alexander, ruling out a third City goal.