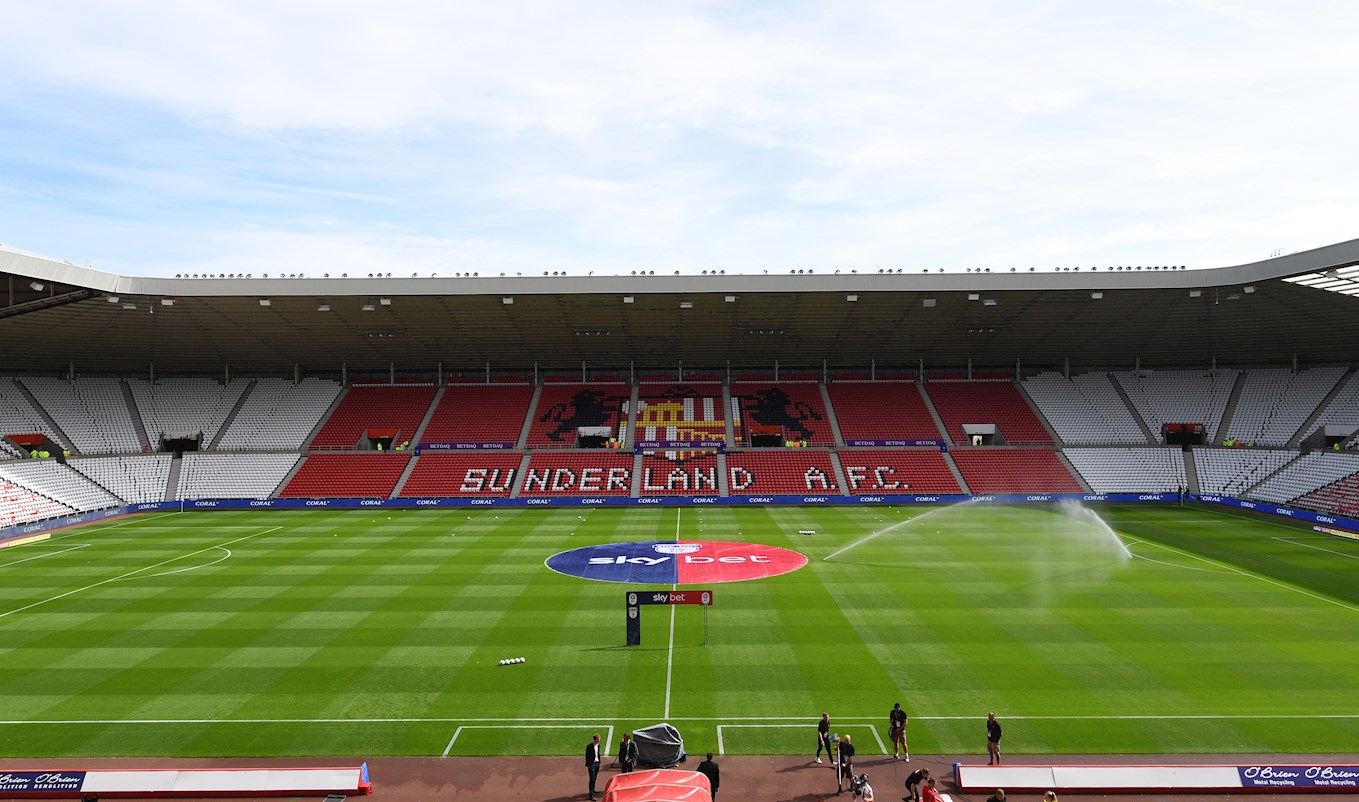 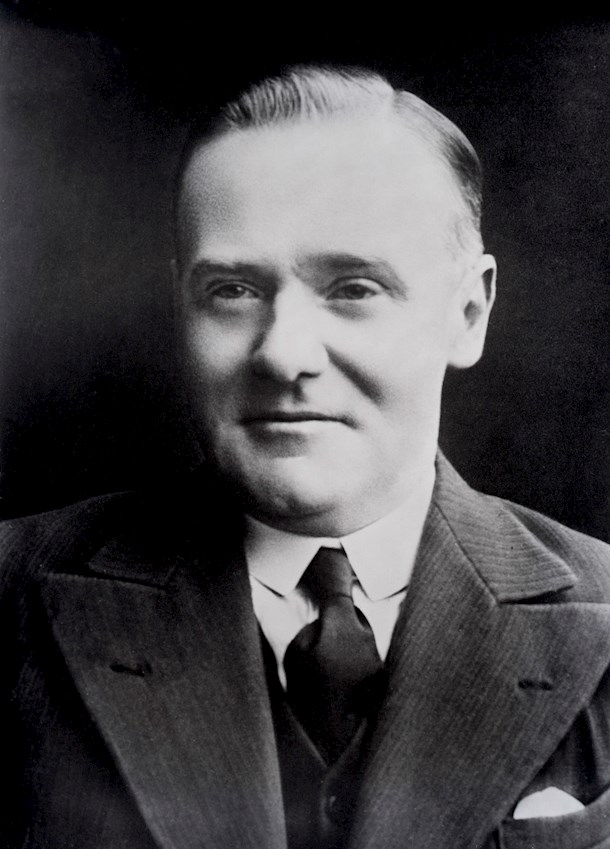 Cochrane is one of three managers to have been in charge of Sunderland for a period of over ten years.

After becoming manager in 1928 Cochrane would lead the Black Cats to three different honours, with the first coming in the 1935/36 season where Sunderland would go on to win the Division One title.

This then led to the winning of the Charity Shield the following season and also the FA Cup and then after eleven years in charge and 506 games, Cochrane would leave Sunderland and go down as the best manager in the 20th century for the club. 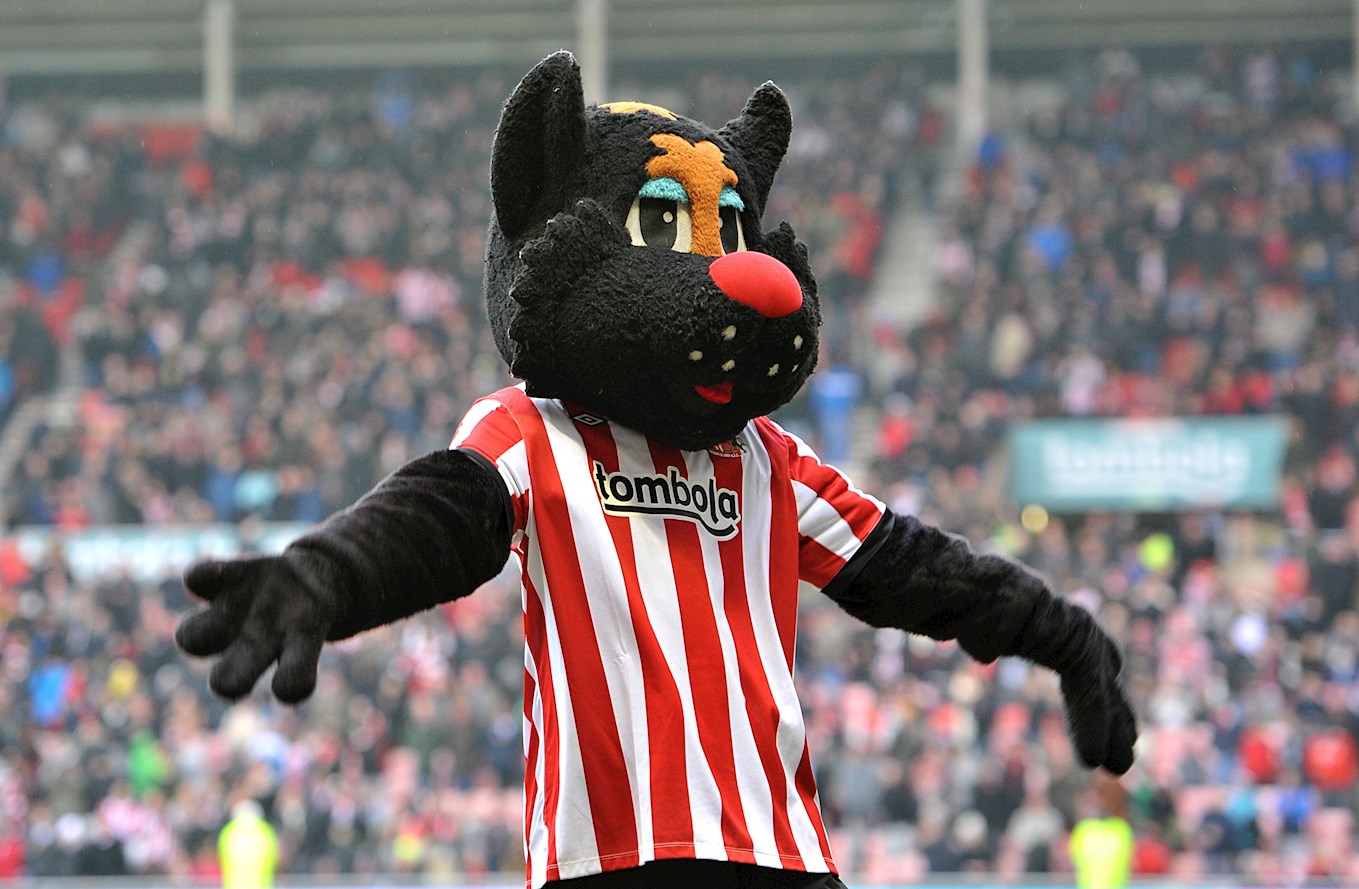 Sunderland currently have two black cat mascots under the name of Samson and Delilah, originating from the club’s nickname of The Black Cats.

Orignally Samson used to be the only mascot at Sunderland but later on Delilah would be introduced and has stuck with the club ever since. 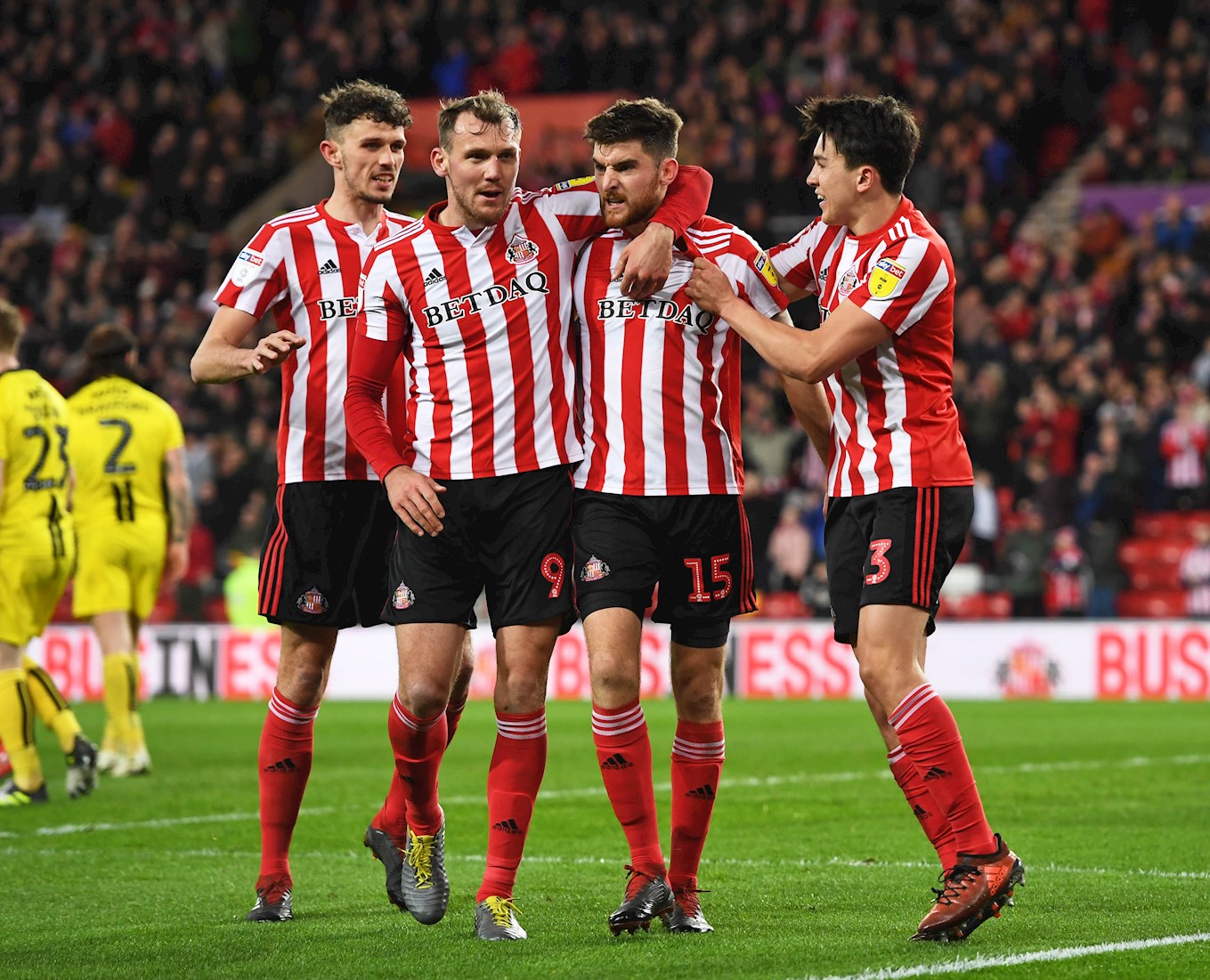 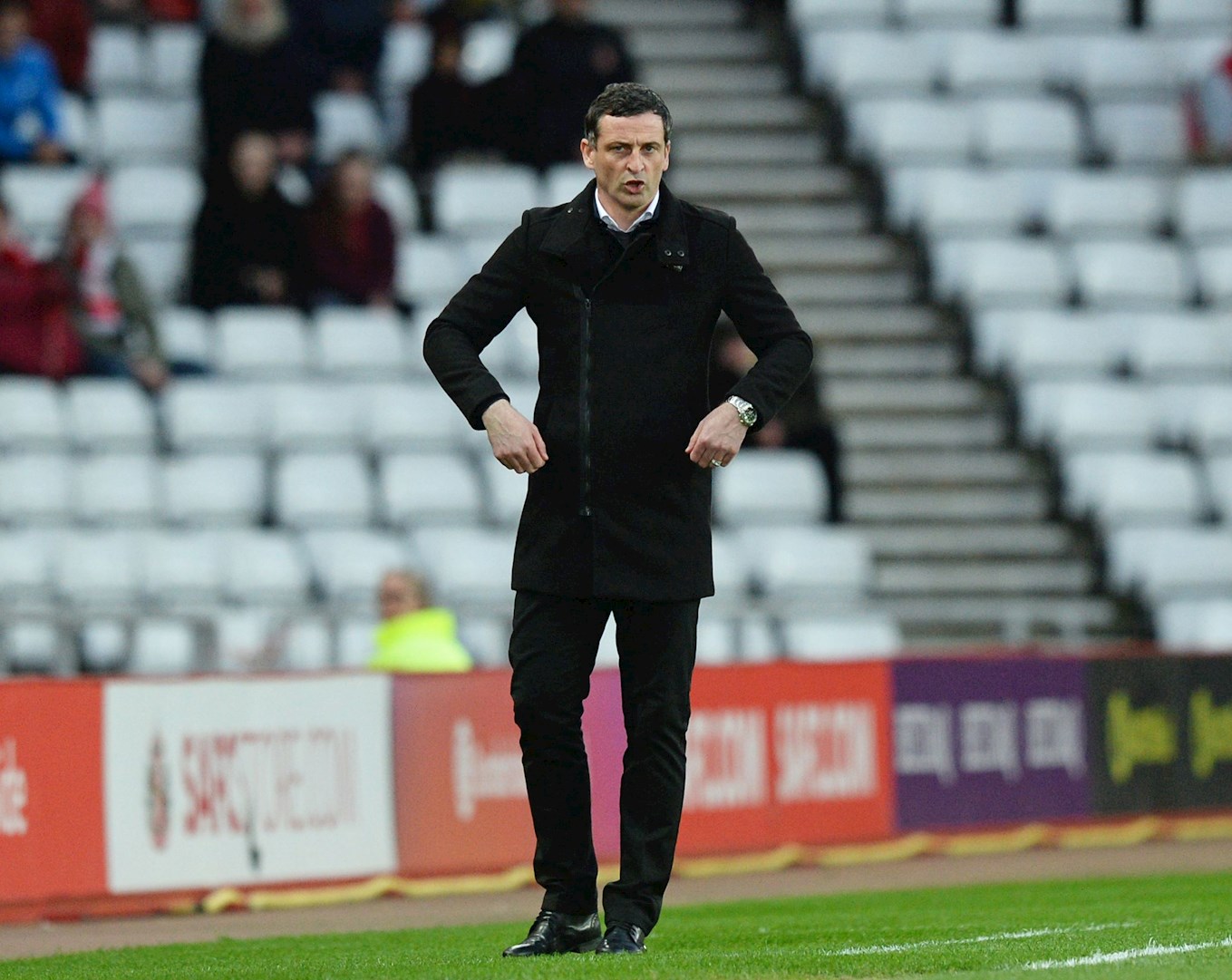 Jack Ross’ side are currently sitting 2nd in the league going into the final few games of the season, as they look to bounce straight back up into the Championship after being relegated last season.

A tough challenge is ahead for the Sky Blues as Sunderland’s last loss in the league came back on the 22nd December against Portsmouth.

An exciting game for both with Coventry still chasing the play-offs and the home side currently seven points off top of the league Luton Town. 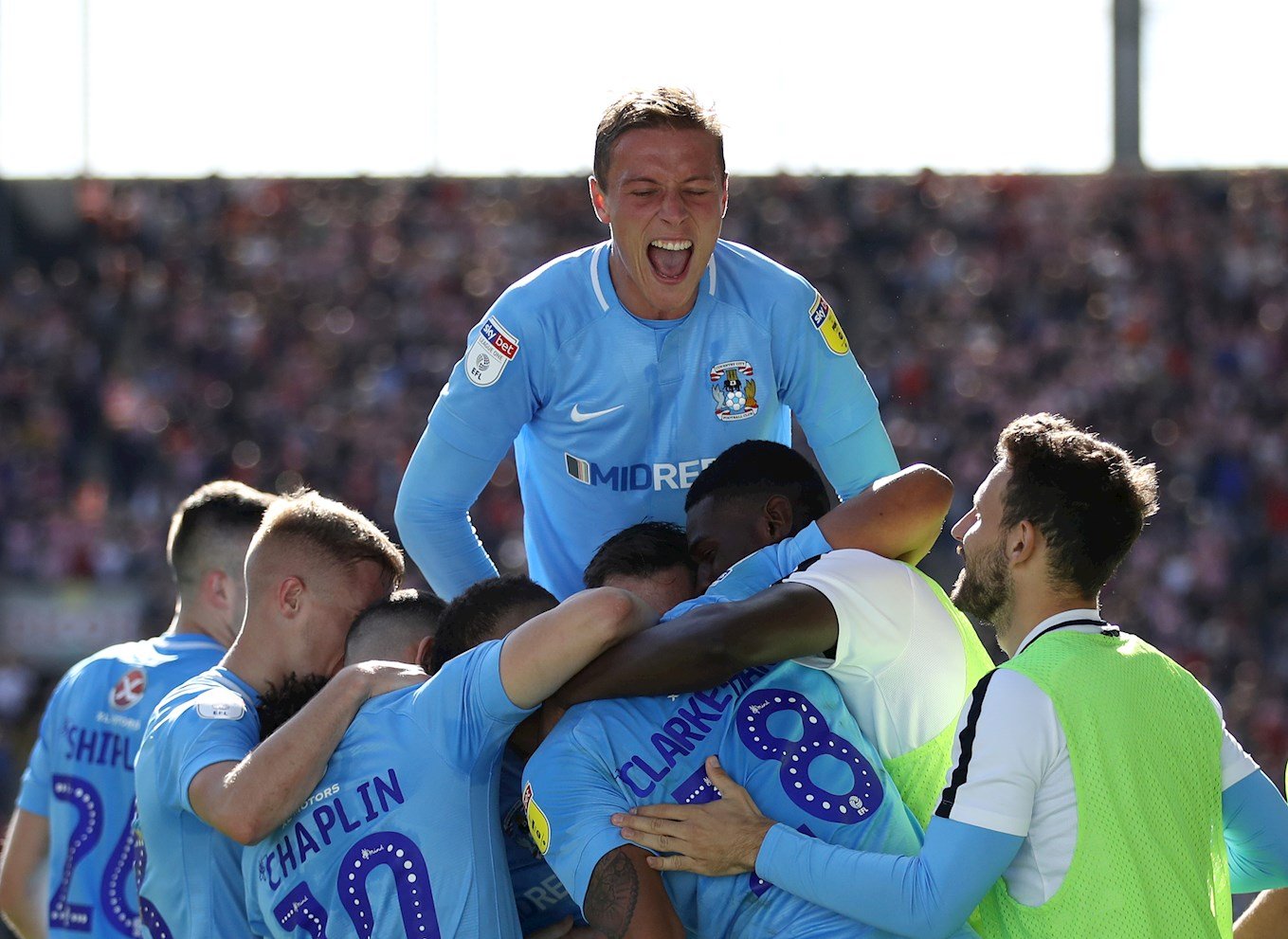 The last time the two clubs met was back in September at the Ricoh Arena live on Sky Sports.

The close affair saw the two teams go into the break goalless as neither team could break the deadlock before half time. However, the game quickly burst into life as only four minutes into the second-half Lee Cattermole put the visitors ahead.

The Sky Blues would answer back just under twenty minutes later though as Jonson Clarke-Harris would level the scores.

City almost came away with all three points when Conor Chaplin had a shot cleared off the line.

The Sky Blues go into this weekend's fixture as underdogs at 10/3 to bring home three points, with a very strong Black Cats side at 4/5.

Last time the two sides met the game ended 1-1 at the Ricoh, for the result to repeat itself it has been placed 11/2.

The Sky Blues got back to winning ways in a thrilling game at the Stadium of Light against Sunderland.

Six goals between both sides in the first half saw the scores level heading into the break, but goals from Jordan Shipley and Conor Chaplin ensured three points for City.

City piled the pressure on the hosts right from the off and were rewarded just 12 minutes in when Bright Enobakhare comfortably placed the ball into the far corner. City’s lead didn’t last long as George Honeyman’s deflected effort made it 1-1 in the 15th minute.

Coventry soon restored advantage and smart goals from Jordy Hiwula and Amadou Bakayoko pushed the visitors into a nice advantage. However, Sunderland fought back and simple goals from Charlie Wyke and Will Grigg saw the sides enter the break at 3-3.

Another goal-filled second-half saw a resilient Coventry overcome Sunderland, Jordan Shipley’s long-ranged effort was cancelled out by a second deflected goal. Conor Chaplin was brought off the bench and made an immediate impact drilling home the winner for City.

The Sky Blues started the game extremely brightly, Luke Thomas had the first real chance of the game seven minutes in, clever play by Enobakhare saw him play in Thomas just inside the box, he rounded his man, but his effort deflected out for a corner.

City broke the deadlock in the 12th minute, some quick exchanges around the Sunderland area saw Hiwula find Enobakhare open, who manages to calmly slot into Jon McLaughin’s far corner to make it 1-0 to Coventry.

Just a few minutes later the hosts equalised, Sunderland captain Honeyman set himself up nicely inside Lee Burge’s box and fired towards goal, but a deflection of Liam Kelly see’s it wrong-foot Burge to bring it back to 1-1.

Moments later Bakayoko restored City’s lead, a slick through ball by Thomas saw Baka played through one-on-one, and the forward made no mistake placing the ball into the back of the net to put the Sky Blue 2-1 up.

Mark Robins’ men extended their lead in the 25th minute, another excellent bit of play from the visitors saw Hiwula played in down the left hand-side; after creating space his shot took a slight deflection to beat McLaughin and make it 3-1 to City.

Coventry came close to adding a fourth 32 minutes in, a skilful run by Thomas saw him eventually find Enobakhare in space, but his effort was pushed behind for a corner. Jordan Shipley’s lofted ball in was well met by Dom Hyam, but his effort went over.

Sunderland pulled a goal back after some confusion in City’s defence, the error saw Wyke smash the ball into an open net making it 3-2.

On the stroke of half-time Grigg also found luck on his side and tapped home a finish from close-range, City failed to deal with a cross which eventually found its way to the Northern-Irishman making it 3-3 as the sides entered the break.

City started the second-half brightly, good link-up play between Shipley and Enobakhare saw the latter drive into the Sunderland area, but he couldn’t execute a shot in a bid to restore the lead.

Shipley put the Sky Blues back in the lead in the 55th minute, a well-worked counter attack saw Bakayoko drive deep into the host’s half, a well-timed pass to Shipley saw the midfielder take a touch a rifle home from distance into the bottom corner making it 4-3 to City.

Grant Leadbitter had chance to draw level for Sunderland again, a free-kick from distance after a Liam Kelly foul, saw Burge save comfortably to his right.

The hosts drew level 69 minutes in, another deflected goal which came from Max Power’s long-ranged effort saw Burge again unable to do anything about the strike as the goal made it 4-4.

Mark Robins made a double substitution to push for a late winner by bringing on Charlie Wakefield and Conor Chaplin. Just three minutes after coming on, Chaplin received the ball from Wakefield’s cross in the area, beat his man and with his right-foot, drilled it into the top-right corner.