The Sky Blues head to Barnet's Hive Stadium in SkyBet League Two for the day's early kick off as they look to make it four league wins on the bounce.

Should they leave with all three points, Mark Robins' side will go top of the league for the first time since the 2-0 victory over Grimsby Town, even if it is just for a few hours.

Coventry will be without top scorer Duckens Nazon for this one. The forward, on loan from Wolves, is away on International duty with Haiti.

The Bees are 18th in the standings and have picked up just one point out of a possible 15 over the last five games.

Barnet boss, Rossi Eames took charge in May after impressing as a caretaker but the 32-year-old has only won four of his first 15 games.

Shaquile Coulthirst will be the main attacking threat for the home side. The Tottenham Academy graduate has scored six goals already this season including his first EFL hat-trick in a 4-1 win away at Swindon.

Alongside him upfront is likely to be experienced Jamaican international Jamal Campbell-Ryce. The 34-year-old has made 500 Football League appearances over the course of his career for Charlton, Sheffield United and Barnsley among many.

Across the defence for the Bees is likely to be the athletic Portuguese centre-back Ricardo Santos and experienced head Michael Nelson. Santos made 63 appearances for Peterbrough before making the move to the Hive and has become a key figure in Eames' back-line.

City Away this Season.

The Sky Blues have been held to a goalless draw at the Hive in SkyBet League Two.

Max Biamou and Marc McNulty came closest for the visitors but Mark Robbins' side failed to find the breakthrough.

Jordan Ponticelli was handed his league debut for City on an afternoon lacking excitment in North London.

Biamou has been a constant in the City line-up ever since breaking into the side last month and came closest to opening the scoring in this one. Liam Kelly's long and floated free-kick met nicely with Biamou's head but the Frenchman's header sailed wide.

The Bees lead with former Shrewsbury forward Jean-Louis Akpa-Akpro in attack, and the pacey forward did not waste time in causing the Sky Blues problems. If it wasn't for a well time interception from Lia Kelly, his gently lofted lob would have almost certainly let Andre Blackman in one-on-one with Lee Burge.

It may have taken half an hour, but Coventry soon began to grow into the game. Jodi Jones flicked the ball long up the line for to chase down himself before picking out Devon Kelly-Evans charging through the centre. Kelly-Evans chopped his marker before forcing a strong block from Barnet defender Charlie Clough.

Jones again would be the creator for City's next chance. The teenager skipped a number of challenges before going for the spectacular with the outside of his left foot, but on this ocassion it sailed wide.

After the break, Mark Robins' side were attacking a stand full with a 1,390-strong Sky Blue Army, and were getting closer and closer to opening the scoring.

First McNulty found away to get goalside of Bees' left back David Tutonda before playing the ball across the area for both Kelly-Evans and Michael Doyle to have a stab at, but neither could make a true connection.

Next it was McNulty's turn to recieve the ball in the area, but the former Sheffield United man was crowded out and could not quite get his shot away.

With ten to go, Robins added Jordan Shipley and Jordan Ponticelli to the mix as City looked to grab a late winner. Biamou again came close when he skipped a challenge and fired a low effort acrosss goal and wide of the far post.

Liam Kelly was almot forced off with an injury early on in the second half, his thunderous volley stung the palms of Barnet 'keeper Craig Ross and started a flurry of Sky Blue chances as Biamou could only watch two of his efforts at goal scrambled away from the goal-line.

Tickets will be available to buy on the gate at Barnet for Sky Blues fans.

The match takes place on Saturday 7th October, with an early kick off time of 12:30pm at The Hive Stadium - the game is live on SkySports Football.

Around 1250 tickets have been sold in advance.

Tickets are available to buy on the gate at The Hive Stadium.

Where ticket collection is chosen, tickets can be collected from the Butts Park Arena Ticket Office until 4pm on Friday 6th October.

The delivery option was available until Tuesday 3rd October at 2pm.

Uncollected tickets will be available at Barnet’s ticket office on the day for collection.

If you have chosen delivery for your ticket and it does not arrive, please contact the Ticket Office on the morning of Friday 6th October – via e-mail on ticketoffice@ccfc.co.uk or by calling 024 7699 2335.

There is a £1 processing fee per away ticket bought via all channels. A £1.50 fee will apply for fulfilment per order (not per ticket) placed online or over the phone for the postage and packaging of your ticket(s).

COACH TRAVEL TO THE HIVE STADIUM:

All coach seat prices are £19 per person. Coaches will leave from White Street Coach Park, CV1 5FX at 7:30am.

To book coach tickets, please phone the call centre on 0844 453 9134, visit the Ticket Office at the Butts Park Arena or go online to eticketing.co.uk/CCFC. 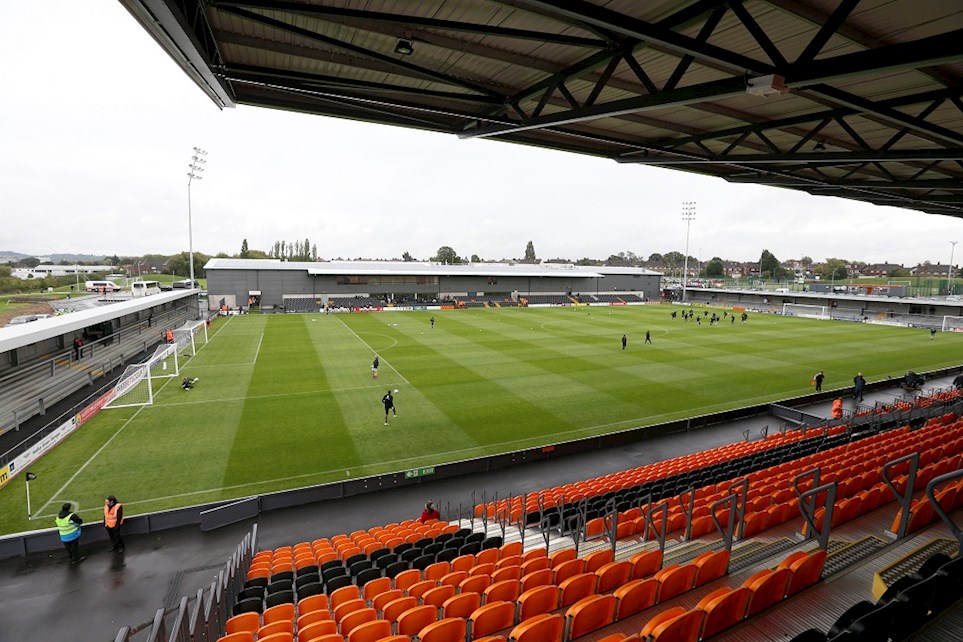 TICKETS: Our away game against Barnet is now on general sale


Tickets for our away game against Barnet are now available on general sale...