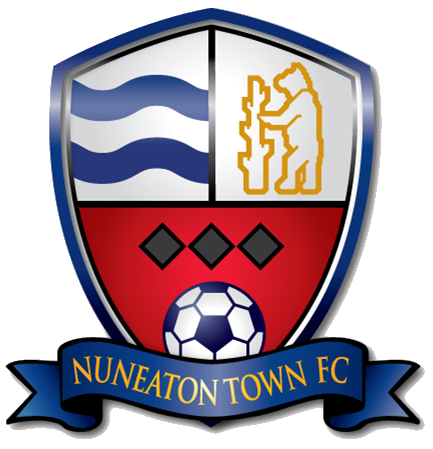 The Sky Blues have capped off their pre-season preparations with a 2-1 victory over Nuneaton Town at Liberty Way...

Jodi Jones’ 25-yard curler was the pick of the bunch and the games winning goal with just eight minutes left on the clock.

Stuart Beavon’s well-placed header gave Coventry the lead early on before the home side drew level in the second-half courtesy of Ryan Beswick.

Mark Robins’ side face Notts County next time out at the Ricoh Arena in their EFL League Two opener.

Nuneaton nearly gave themselves an early lead on five minutes when Jones handed possession to Ashley Chambers in the middle of the park, who powered forward into the area but dragged his shot wide of the Reice Charles-Cooks far post.

Beavon was next to threaten to open the scoring. A brilliant Ben Stevenson ball found the striker in enough space to turn on the corner of the area and force a strong save from Tyrell Belford in the Nuneaton goal.

Beavon did however find the break through minutes later with a glancing header into the far corner. Jordan Ponticelli raced forward from inside his own half to release Jones down the wing, who with a pin-point cross was found Beavon free in the area. The Sky Blues had the lead.

Ponticelli, who found the net against Mickleover last week, should have doubled Coventry’s advantage straight away when he broke free in the area. The teenager however could only curl his attempt straight into the arms of Belford.

Next it was Jones’ turn to cause problems, rattling the frame of the goal from range after Dion Kelly-Evans picked him out in space. Beavon too came close just before the break with a header almost identical to the one that opened the scoring but this time is sailed wide.

The Sky Blues started the second period in similar fashion to how then ended the first. Kwame Thomas certainly should have done better after a brilliant over-the-top ball from Jones saw him in on goal but the forward sliced his effort wide from close range.

Nuneaton did enjoy their fair share of chances across the second half, Brady Hickey with the most clear-cut on the hour, but Charles-Cook got down well to parry his shot away from danger.

Kyle Finn looked lively and almost made an instant impact after coming on to replace Kwame Thomas midway through the second half. Finn picked out Beavon in the six-yard box but the former Burton man was quickly charged down by Belford.

With fifteen minutes to go however, Nuneaton drew level through Beswick. Callum Ball’s searching cross floated over everyone in the penalty area and dropped to the captain who was waiting at the far post to head home.

The game looked certain to end as a stalemate until Jones turned his marker on the edge of the Nuneaton area and curled his shot spectacularly into the far bottom corner, well out of the reach of Belford.