The Sky Blues host Wycombe Wanderers at the Ricoh Arena on Friday night as they look to make it two home victories in a week.

Mark Robins has no fresh injury concerns but remains without Liam Kelly (heel), Jodi Jones (ACL) and Tony Andreu (ACL), who all continue their fightbacks.

Gareth Ainsworth’s side look likely to be without Michael Harriman and Josh Umerah but forward Scott Kashket could feature for the first time this season. Kashket just missed out on making last weekend’s side that beat Chesterfield after failing a late injury test.

Nathan Tyson has endured a period out this season with a knee injury but could be set for a run in the team after making a return to the starting eleven last week, alongside familiar Football League faces, Adebayo Akinfenwa and Craig Mackail-Smith.

Akinfenwa will give Wycombe with an obvious outlet and some firepower in front of goal. The stocky striker has scored 12 goals in all competitions along with 6 assists in the league alone.

Mackail-Smith may be a familiar name for Sky Blues fans, scoring twice for Peterborough Untied at the Ricoh Arena in 2009 when a Freddy Eastwood hat-trick helped City to a 3-2 victory. The striker scored 80 goals in 185 appearances for the Posh before joining Brighton where after a strong start to the 2012-13 season, he had his prolific scoring record halted by a serious achillies injury that kept him out for the season an the 33 year-old has not hit double figures since.

Behind him Sam Saunders is a key player in the Chairboy’s midfield. The free-kick specialist joined from Championship side Brentford in 2016, a year after a successful loan-spell at Adams Park.

The Sky Blues sent themselves to Wembley last season with a 2-1 Checkatrade Trophy semi-final victory over Wycombe at the Ricoh.

Goals from Stuart Beavon and George Thomas helped City to an early two goal lead with just 20 minutes on the clock.

Akinfenwa did grab a goal back for Wycombe early on in the second period but City hung on to progress to the final where they would  beat Oxford United 2-1, 30 years on from their famous FA Cup triumph. 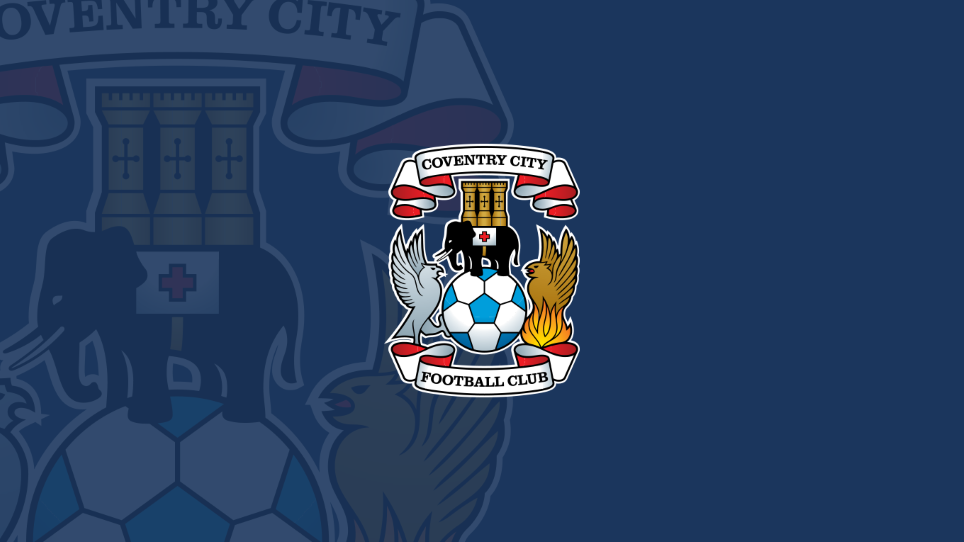 The Sky Blues have made it two wins in a week at the Ricoh Arena thanks to a brace from Marc McNulty and a goal of the season contender from Michael Doyle.

Doyle opened the scoring in spectacular fashion, lobbing Wanderer's 'keeper Scott Brown from just inside the opposition's half. His second of the season, and one to remember.

Dan Scarr and Joe Jacobson both found the net for the visitors as they clawed back from two goals behind to at one stage draw level.

McNulty, Coventry's man of the match, was the star of the night, however, scoring either side of half-time to hand Mark Robins all three points on his 48th birthday.

The Sky Blues took the lead after 70 seconds against Cheltenham, and almost did the same in this one. McNulty raced through on goal but his last touch was a little too heavy, allowing Brown to push it out to Max Biamou, but the Frenchman could only fire wide.

What followed will certainly go down as one of the great Ricoh goals. Doyle's 50/50 challenge with Craig Mackail-Smith saw him hammer the ball 50-yards and dip over Brown, clip the bar, and into the net. Reminiscent of John Fleck's audacious lop against Gillingham three years ago, but this time the ball landed the right side of the white line.

Peter Vincenti came close to doubling City's lead on the half-hour mark. A well-worked set-piece routine with Jordan Shipley resulted in him rising highest but his header floated wide of the far post.

McNulty has not been able to stop scoring lately, and the number ten found the net again just before half-time. Vincenti played a delightful ball over the Wycombe defence for McNulty to chase. The Scottish striker turned on the ball to faced Sido Jombati before curling the ball into the bottom corner.

Wycombe's fortune began to turn just before half-time. Dan Scarr pulled one back for the visitors just before the break with a thunderous effort from range.

Adebayo Akinfenwa went down first in the area and was booked for diving before Nathan Tyson was fouled seconds later, giving former Shrewsbury left-back Joe Jacobson the chance to draw Wycombe level, and he did.

Wycombe had the momentum, but the Sky Blues would make the most of the open play to win a spot-kick for themselves. Coventry were yet to score, or concede, a penalty in a league game yet this season but had now done both once McNulty had fired his penalty straight up the middle to restore City's lead.

McNulty was chasing a hat-trick and had a golden chance to seal the win late on. Duckens Nazon, who had only been on the pitch for 60 seconds after replacing Shipley, played the striker one-on-one with Brown before he rounded the keeper and went down in the area, but the referee judged it to be a dive.